Alleged Doctrinal Anachronisms in The Book of Mormon

Summary: Some have claimed that certain doctrinal concepts are too foreign to the worldview of the Book of Mormon's claimed host population that they may be anachronistic. These articles examine these claims from an apologetic perspective.

Question: Is the concept of baptism in the Book of Mormon anachronistic? 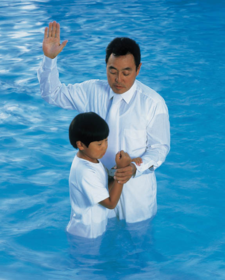 It is claimed by critics of the Book of Mormon that it's mention of "baptism" early in the text is anachronistic.[1]

The necessary linguistic, theological, and historical background to refute this claim can be found by appeal to the Hebrew Bible and the work of scholar Brant Gardner.

Uses of "Rachats" and "Tabal"

The concept of immersion is part-and-parcel of the Hebrew Bible; for example, the Hebrew verb meaning “to wash” רחץ (rachats) appears 74 times in 73 verses in the Old Testament--often having the meaning of a full immersion of either a person or an object.[2]

Another Hebrew verb,טבל (tabal), appears 16 times in the Old Testament--having the meaning of "to dip" or "to immerse;" all part-and-parcel of "baptism."[3]

The Septuagint translates טבל using the Greek verb meaning “to baptize”-- βαπτιζω. This verb (and correlative translation in the Septuagint) occurs in 2 Kings 5:14 and Isaiah 21:4, in the proto-canonical texts, and Judith 12:7 and Sirach 34:25 in the Apocrypha. 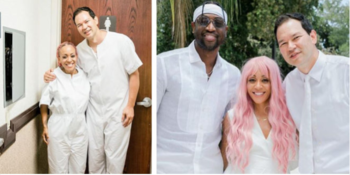 Figure 2. Basketball star Dwyane Wade attends the baptism of friend Calyann Barnett-Watson as she became a member of The Church of Jesus Christ of Latter-day Saints. Courtesy of ldsdaily.com

Though, this only gets us the word "baptism." It does not get us the proper intellectual context in which baptism might emerge. Latter-day Saint scholar Brant Gardner provided this context in his 6 volume commentary on the Book of Mormon, Second Witness.[4] Scholar Jonathan Lawrence has a book-length treatment on ritual bathing in the Hebrew Bible.[5]

Critics have long sought to demonstrate that certain anachronisms are damning for the Book of Mormon’s historicity. In this case, persuasive evidence can be marshaled to suggest that the mention of “baptism” is simply not one of them.[6]