The Book of Mormon's Rendering of Isaiah

This article seeks to outline what we know about what changes were made to the passages and how we can view them in light of the evidence.

Here are the changes to the Isaiah text in the Book of Mormon that we know about that try to make a substantial change to the meaning of the text. These changes are taken from Book of Mormon Reference Companion (2003) edited by Dennis L. Largey.[1] 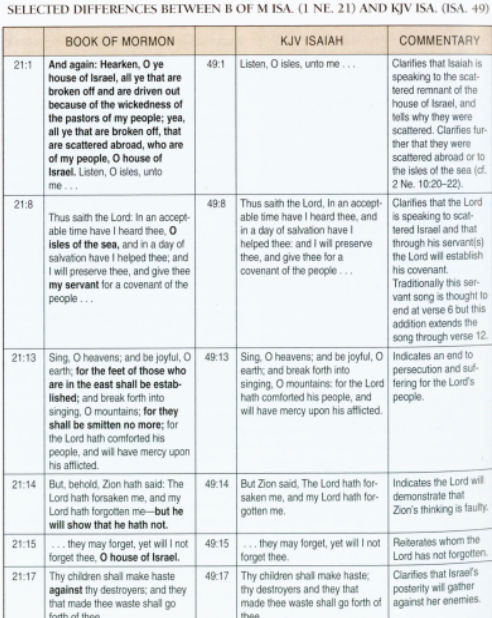 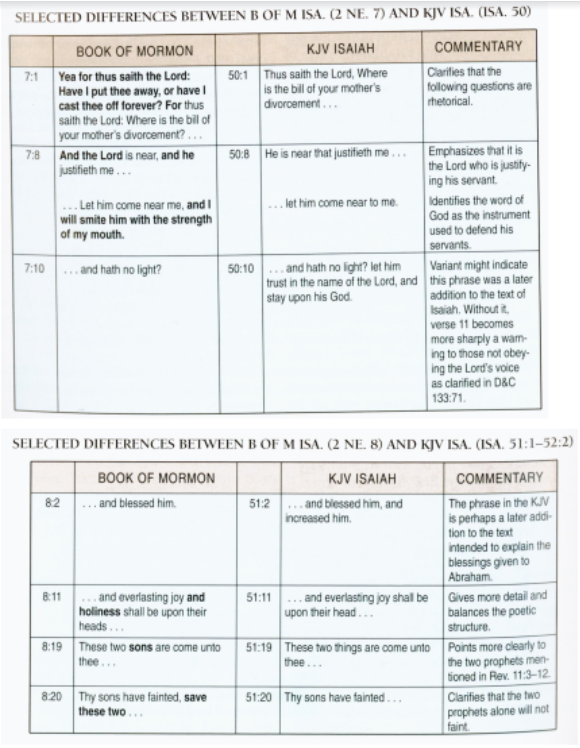 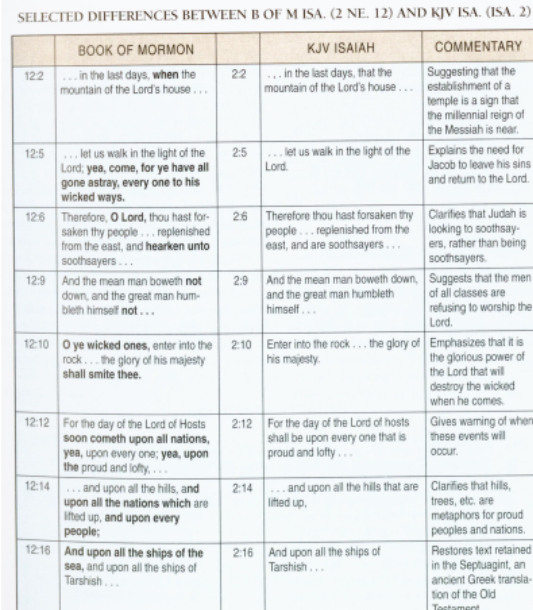 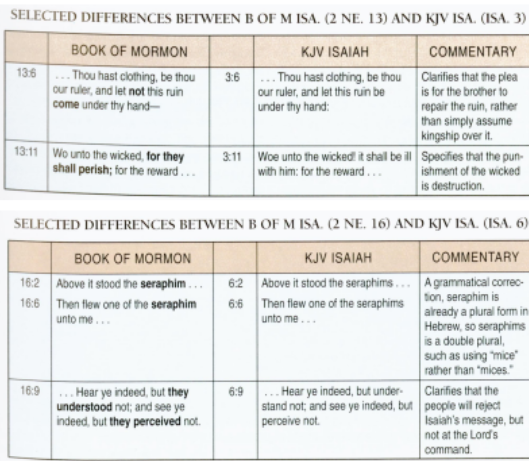 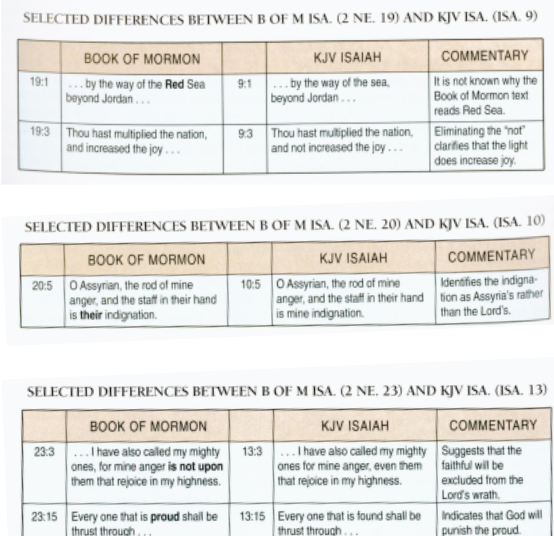 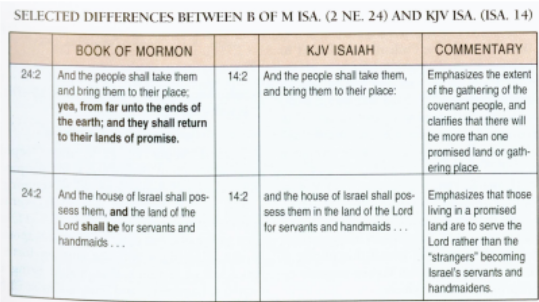 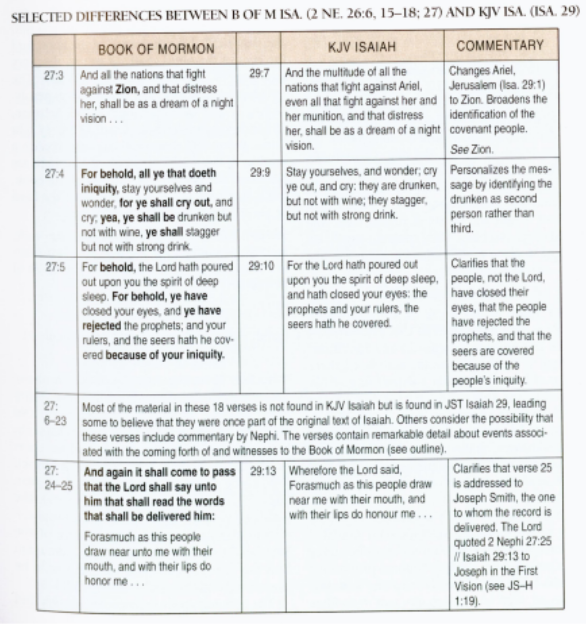 The rest of the changes can be found by trowling through Royal Skousen’s Analysis of Textual Variants in the Book of Mormon online.

The vast majority of Book of Mormon changes to Isaiah are on places where italicized text was placed in the King James Bible.[2] Some of these changes do not reflect a better translation of the earliest extant Isaiah source we have today.

The changes in Isaiah can be thought of to be commentary by Book of Mormon authors. Joseph Spencer at BYU has most persuasively argued that Nephi’s selection and edits of Isaiah are deliberate and that they reflect a coherent theological vision of the scattering and gathering of Israel.[3]

Nephi may have been adding these changes in order to clarify Isaiah’s words, clarify the Lord’s words if Isaiah didn’t communicate them clearly enough, or as Nephi’s independent revelatory (or even non-revelatory) adding to Isaiah based in his then-current theological understanding.

John Tvedtnes has shown that many of the Book of Mormon's translation variants of Isaiah have ancient support.[4]

This throws a huge wrench into any critic's theories that Joseph Smith merely cribbed off of the King James Isaiah.

The Isaiah changes should be no problem for orthodox Latter-day Saints.

See also: Question: Why does Isaiah in the Book of Mormon not match the Dead Sea Scrolls?