You are here: Home / Archive / Publications / Mormons and Homosexuality: A Book Review 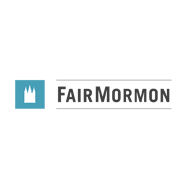 Mormons and Homosexuality: A Book Review

Try as I may, I have a hard time staying out of issues related to homosexuality. I became aware of Mormons and Homosexuality and read it. I was happy to do so. Dr. Byrd asked me if I’d write a review for him. I was not happy to do so. Why? Because it draws me back into the controversial field of thinking and dialogue about this issue. With most topics, reasonable people can share their opinions and gain insight. With this topic, feelings are shared at the risk of being called homophobic or a GLBT ally.

I received my copy of the book at the American Psychological Association annual convention in Boston in August. Approximately 15,000 psychologists and students attended the meetings. The agenda looks more like a telephone book than a conference outline. A glance at the subject index shows 44 presentations or poster sessions under the headings Gay and Lesbian Issues, Bisexual, Transgender. I attended all or part of four GLBT sessions to become aware of current trends in the field. Each session I attended appeared to have a clear agenda which included the promotion of GLBT biases. Here are titles of a few sessions I attended:

The presentations were well done. The speakers were articulate and prepared. Current research was a part of each session. At the risk of oversimplifying the theme of the sessions I attended, let me share a comment (I believe I’m quoting it accurately) from the first few minutes of the Social Justice presentation, “To not speak up is to be part of the opposition.” It’s unfortunate that those with another view must be viewed as part of the opposition.

For most of society, LDS included, homosexuality remains a confusing topic. Is the cause biological, can people change, what about gay marriage and what is the influence of gay parenting? Mormons and Homosexuality attempts to answer these questions. The book of 102 pages has eleven chapters and each makes its point succinctly. Dr. Byrd is not new to this topic. Anyone interested in the subject knows that he has written and spoken extensively. For every time he’s been praised, as he recently was at UVSC, he’s more frequently been vilified. Most would be tired of the process; I think Dr. Byrd is energized by it.

The first chapter of Mormons and Homosexuality is a secular chronology of relevant events in GLBT history with no editorial comment. Much of the trail would not be known to the average reader. A GLBT writer would, undoubtedly, include additional dates.

The second chapter contains Dr. Byrd’s concise responses to twenty of the most commonly asked questions. Are there different degrees of homosexuality? Does having homosexual challenges preclude individuals from serving in the Church? What exactly is the Church’s position on homosexuality? His responses are to the point and most are elaborated upon in subsequent chapters.

Dr. Byrd is not a geneticist but he knows what’s been written on both sides of the issues, i.e., does biology cause homosexuality (are we “born that way”) or is the cause a more complicated mix of heredity and environment? He makes points that even most professionals wouldn’t know because the ideas don’t get much coverage. Here is an example from the chapter on Homosexuality and Science. Simon LeVay received national coverage when his research on the hypothalamus indicated a size difference between hetero and homosexual men. There was little coverage of subsequent statements by LeVay, such as, “It is important to stress what I didn’t find. I did not prove that homosexuality was genetic, or find a genetic cause for being gay. I didn’t show that gay men are born that way, the most common mistake people make in interpreting my work.”

Secondly, Dr. Byrd points out significant changes recently made by APA. A 1998 question and answer document stated, “There is considerable recent evidence to suggest that biology, including genetic or inborn hormonal factors, play a significant role in a person’s sexuality.” The revised 2008 statement says, “There is no consensus among scientists about the exact reasons….no findings have emerged that permit scientists to conclude that sexual orientation is determined by any factor or set of factors. Many think that nature and nurture both play complex roles.” I doubt that many are aware of the change. Readers will find such information valuable in understanding current perspectives.

Can a GLBT individual reduce same-sex attraction and increase opposite-sex attraction? I purchased the Handbook of Counseling and Psychotherapy with Lesbian, Gay, Bisexual, and Transgender Clients while at APA. From what I understand, this is a text used in some college courses. The chapter on Emerging Issues concludes, “…we are unequivocal in our belief that conversion therapy is not an ethical treatment option.” Mormons and Homosexuality includes two chapters on the possibility of change. Reference is made to studies conducted prior to a 1973 decision which put a damper on research. That data was surprisingly positive but is discounted today by many as being outdated. More current findings from work by Byrd, Spitzer, Jones, and Yarhouse present additional evidence of change being possible. The research cited by Dr. Byrd has been discounted by some on the basis of research design, client drop-out rates, biased researchers, sample sizes, lack of longitudinal data, no control samples, non-random assignments, etc. Not surprisingly, these are the same weaknesses Dr. Byrd identifies in the research supporting GLBT marriage and parenting, cited in his chapters on those topics.

Twenty six pages, one-fourth of the book, are devoted to the relevant topics of marriage, adoption and parenting. Here Dr. Byrd has summarized a mix of historical, spiritual, philosophical and scientific thought on these hot topics of the day. We even get a few reports concerning troubling lifestyle issues which most of us would just as soon not know about. The reader won’t be surprised that the conclusions favor heterosexual marriage and parenting. A somewhat understated summary sentence concludes the chapter on parenting, but would be seen as relevant to all three chapters: “Though the evidence is far from complete, there are sufficient studies to warrant concern.”

I like the book because it’s clear, brief, to the point and it takes a stand. One can argue with his conclusions, but in order to do so you have to discount not only Dr. Byrd but other well respected researchers. It shouldn’t be discounted just because it’s written by someone whose opinions have been debated previously.

The book is hard hitting. For my taste, more could have been said to make it a welcoming read for a GLBT individual or his family. The book has somewhat of a “here’s the way it is, so deal with it” style. His observations about the role of parent-child relationships as a causal factor in shaping GLBT orientation may be the most controversial factor in the book. Many would have chosen to play it safe and avoid this issue in 2008. The importance of the child’s interpretation of parental behavior is, of course, a relevant factor. As I’ve previously said to Dr. Byrd, the role of parents is a confusing one to me. Many of the GLBT’s I know come from what appear to be ideal families. I acknowledge that my observations are those any of us might have as we interact as friends and family on an everyday basis. I’ve had very limited experience with GLBT clients in a therapy setting.

Mormons and Homosexuality does a nice job of bringing in LDS doctrine without being overbearing. He attempts to use history and research as the foundation for his scholarly thesis. Religious quotes, scriptures and the proclamation on the family provide a predictable though appropriate doctrinal conclusion.

This is a book that needed to be written. I suspect it will be followed by something with a title like Mormons and Homosexuality: The Way It Really Is in which the reader will be told to discount Dr. Byrd’s thinking and discover what the research really says. Those authors will also be sincere.

There is welcoming room in the LDS Church for those who identify as GLBT. Mormons and Homosexuality can help in a unifying process if Dr. Byrd can be given the benefit of the doubt and his book allowed to be a springboard for discussion rather than simply the latest stimulus for debate. (Actually, debate is OK; it’s the animosity that gets out of control.) It deserves a read and it shouldn’t be discounted just because some will view it as being written by the opposition.