Amber Rothamer is FAIR’s Project Manager. She will be hosting a new podcast series called “Faithfully Informed.” In this first episode, she interviews Kerry Muhlestein on his new book, Learning to Love Isaiah: A Guide and Commentary.

Autographed copies of Learning to Love Isaiah: A Guide and Commentary are available from the FAIR Bookstore. 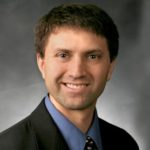 Kerry Muhlestein received his BS from BYU in psychology with a Hebrew minor. He received an MA in ancient Near Eastern studies from BYU and his PhD from UCLA in Egyptology. He taught courses in Hebrew and Religion part time at BYU and the UVSC extension center, as well as in history at Cal Poly Pomona and UCLA. He also taught early-morning seminary and at the Westwood (UCLA) institute of religion. His first full-time appointment was a joint position in religion and history at BYU–Hawaii. He is the director of the BYU Egypt Excavation Project. He was selected by the Princeton Review in 2012 as one of the best 300 professors in the nation (the top .02% of those considered). He was also a visiting fellow at the University of Oxford for the 2016–17 academic year. He has published six books and over fifty-five peer-reviewed articles and has done over eighty academic presentations. He and his wife, Julianne, are the parents of six children, and together they have lived in Jerusalem while Kerry has taught there on multiple occasions. He has served as the chairman of a national committee for the American Research Center in Egypt and serves on their Research Supporting Member Council. He has also served on a committee for the Society for the Study of Egyptian Antiquities and currently serves on their board of trustees and as a vice president of the organization. He is the co-chair for the Egyptian Archaeology Session of the American Schools of Oriental Research. He is also a senior fellow of the William F. Albright Institute for Archaeological Research. He is involved with the International Association of Egyptologists, and has worked with Educational Testing Services on their AP world history exam. 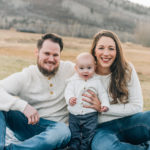 Amber Rothamer currently operates as the Project Manager at FAIR, streamlining the volunteer application process and organizing the many operations of FAIR into easy to manage teams led by its volunteer base. Amber has over 5 years experience spearheading marketing campaigns for radio and social media as a social media marketing manager, and specializes in written and visual content creation. She has a Bachelor of Science degree from Brigham Young University Idaho where she majored in Broadcast Journalism with a minor in music and worked for both the school paper and the school radio station. Amber is driven by a passion to connect people through effective communication both professionally and personally. At home she focuses on building her young family of herself, her husband, and infant son, on open and honest communication. When Amber is blessed with free time, she enjoys traveling with her family, family history, and singing songs for her son.