Amos is considered one of the “minor” prophets. But Amos 3:7 is a verse that is one of the more frequently cited in General Conference. According to the BYU Scripture Citation Index, it has been cited around 109 times. That’s more than any single psalm in the book of Psalms (not more than the whole book of Psalms). More than whole books of the Old Testament such as Judges, Ruth, and Esther. More than a lot of well known verses in the New Testament or Book of Mormon. And even about as frequently as 1 Nephi 3:7. It is a pretty big deal. Ultimately the popularity of this verse says a lot about our devotion to following the Lord’s prophet and apostles.

The context of Amos can enrich our appreciation for the Lord’s guarantee that “Surely the Lord God will do nothing, but he revealeth his secret unto his servants the prophets.” (Amos 3:7). In the first verse of the book, we read that his prophecy was received “two years before the earthquake.” (Amos 1:1). Scholars believe that this quake took place in around 750 B.C. and measured around an 8.2 on the richter scale, which is more intense than the great San Francisco Earthquake of 1906.

Amos’s words are filled with warnings of this massive destruction that the Lord would bring to Israel and to the neighboring nations, including allusions to quaking and shaking that seem eerily prophetic (Amos 9:1). Through his servant, God offers a desperate plea for repentance. But unfortunately we know that the people did not repent and that by the time these words were compiled into a book the warnings of Amos were fulfilled. God of course does not reveal every single tragedy or disaster to his prophets with this degree of specificity.  Natural disasters, war, and disease occur without warning. And it isn’t clear whether Amos knew exactly what would happen and when it would occur. But if we listen to the words of our prophet and apostles, we will be prepared for the disasters that come our way and we will be able to stand firm.

Those principles apply with full force in our day. I absolutely adored a recent devotional at BYU-Hawaii by Sister Sheri Dew entitled “Prophets Can See Around Corners.” Her talk was a powerful declaration of how God speaks to his Prophets and Apostles to help warn us of danger.

Sister Dew pointed to countless examples of where prophetic inspiration was ultimately prophetic such as the effort to bring smartphones to missionaries which was executed just in time for the COVID-19 Pandemic or her decision to follow President Hinckley’s advice to get out of debt shortly before the 2008 financial crisis. The point isn’t that President Nelson or President Hinckley knew precisely about the COVID-19 pandemic or about the 2008 financial crisis anymore than that Amos necessarily knew the exact date and time of the earthquake that was coming. But God spoke through his servant and revealed what was around the corner. Those who followed their advice were blessed with protection and preparation. Those who didn’t were left unprepared and suffered the negative consequences.

As Sister Dew explained: “Prophets see things we cannot see because the Lord does ‘nothing, but he revealeth his secret unto his servants the prophets.’ This is why prophets make us smarter than any other leaders or influencers on earth. Prophets help us see dangers we cannot yet see and opportunities we can’t even imagine.”

Many of us have friends or family members who have expressed their concern that as Latter-day Saints we put too much trust in the prophet and apostles and that we are going to be led astray. But as Sister Dew explained, it is ultimately not President Nelson at the head of the Church but Jesus Christ who speaks through his servants the prophets and apostles:

Brothers and sisters, the First Presidency and Quorum of the Twelve Apostles, acting unitedly, will never send the Church in the wrong direction. And here is why: Because even THE prophet is not the head of this Church. Jesus Christ is, and He is perfect. Prophets take their instructions from Him who knows all, sees all, and understands all things. . . .

In this Church, we are never dependent solely upon mortal men, as inspired as they may be. When we follow the prophet, we are actually following and placing our trust in Jesus Christ. For He has promised that His words will all be fulfilled, ‘whether by [His] own voice or by the voice of [His] servants, it is the same.’

It is vital that each of us have an abiding testimony that we are being led by a living prophet and apostles. Our spiritual safety desperately depends on it.

Sister dew discussed several powerful principles that can help us gain confidence in the teachings of the prophets:

First, we can trust that prophets do not have their own personal agenda. Instead, “[t]heir agenda is the Lord’s. And yet, too often we listen to them last.”

Second, we can trust that prophets will teach divine truth even when it is unpopular:

Apostles are under divine mandate to teach truth, even when truth is unpopular. They are pressured to change the Lord’s doctrine to make it more palatable, but the doctrine doesn’t belong to them and is not theirs to change. They’re accused of being out of touch, but I know of no group who is more in touch with the realities and complexities of life.

I promise you that no leaders on earth are more honest with you than prophets are. And no leaders care more about you and your future.

Third, we can pay close attention to the powerful spirit that testifies to us when a prophet speaks:

The Holy Ghost is eager to bear witness of prophets, seers, and revelators and the priesthood keys they hold. It is the presence of the keys we feel so profoundly when a prophet enters the room. But you don’t have to be in the presence of a prophet to gain a spiritual witness of his divine mantle.

If you want to know if fifteen prophets walk the earth today, pray to know. Ask humbly and sincerely, and the Holy Ghost will bear witness to you. I promise you that.

Prophets, seers, and revelators are, very simply, one of God’s greatest gifts to His children.

Fourth, we can try to implement the principles that the Prophet teaches us. We can take it seriously and experience the positive dividends of following his counsel.

Fifth, we need not be surprised if prophets and apostles are unpopular or rejected: “When prophets refuse to embrace the disintegration of morals championed by a rabidly secular society, that does not mean prophets are wrong. Sustaining prophets in today’s world takes faith—but not faith in them, faith in Jesus Christ, who called them.”

We likewise  must not “be deceived by activists who believe their passion for a cause gives them permission to censure prophets. Don’t turn your back on those who have all priesthood keys and who can help you see around corners.”

Finally,  we must let prophetic teachings be our spiritual anchor. If we do so the promises are powerful and profound:

Your greatest spiritual safety will come by following the prophet. My dear friends, there may be times when you find yourself wrestling with teachings from prophets. But this isn’t rocket science. I can promise you two things: First, you will question your testimony all your life if you do two things: break your covenants and turn your back on prophets. But the reverse is also true: You will enjoy a growing testimony all of your life if you keep your covenants and follow the prophet. That is a promise.

I personally have a strong testimony that we are led by a living Prophet and that God reveals to President Nelson and other Apostles everything that is needed for our spiritual peace and safety in these latter-days. Nothing is being withheld that is needful for us to be able to stay faithful on the covenant path. I have tragically seen too many people I care about wander off that path by first beginning to question and turn their back on prophets and then eventually beginning to break their covenants. I hope that Amos’s prophetic promise and Sheri Dew’s inspired words will help us recommit to following the Lord’s anointed as they help to illuminate the way back to the Savior. 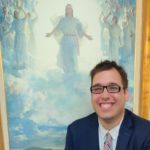 Daniel Ortner is a public interest lawyer who focuses on the First Amendment. He joined the Church of Jesus Christ of Latter-day Saints as an undergraduate from a Jewish background.