A Defense and a Refuge

There are two significant examples in the scriptures where a people of Zion existed. One occurred when Christ came to the Americas and taught his gospel to the Nephites and the Lamanites. He then selected twelve apostles, who organized his church and continued to teach the people.  After a few years, every person had converted to the Lord, creating a community where there was no contention because “the love of God did dwell in the hearts of all the people and every man dealt justly with each other” (4 Ne 1:2).  “Surely there could not be a happier people” (4 Ne 1:16). This state of Zion lasted for almost two hundred years.

The city of Enoch is another example of a Zion community. Enoch was instructed by the Lord to preach repentance to the people. He did this for many years and eventually gathered the righteous and established a City of Holiness. They were surrounded by people who were described by the Lord as the most wicked of his creations (Moses 7:36). And yet, in the midst of all this sin, they were able to create a refuge and attain such a level of righteousness that eventually the entire city was taken up to heaven. 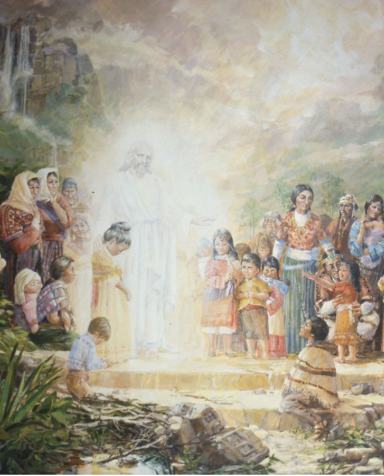