God Meant It Unto Good

Forgiveness is a strange business. I started out in life believing that forgiveness couldn’t come until I had an emotional experience of releasing the harm someone did to me. If I didn’t feel it, it wasn’t real. Later, I figured out that I could forgive someone intellectually long before my emotions caught up. I was hoping they would eventually catch up.

I’ve believed that forgiveness was for my sake, and at other times for their sake, and sometimes for the sake of obedience. I’ve also had times in life when the need for forgiveness had been pressed upon me so severely by outside forces that I went cold on the whole concept and decided I didn’t even need to worry about it.

I’ll spare you the list of the things I needed to forgive. You yourself have a list of your own and I’d far rather have you think of those than distract you with mine. But let’s just say it’s a long list. Several of my earlier attempts at forgiveness didn’t really work for a reason that is now painfully obvious: I couldn’t get my mind and my emotions on the same page.

Either I would intellectually forgive even though my feelings were a giant wave of sadness; or I’d wrestle my feelings into being willing to forgive, but my intellect would start drilling holes in the bottom of the boat by means of unanswered questions. The best I could do was give intellectual assent to the concept and run the rest of my life at a frantic pace so that I could ignore my emotions. But I never could quite outrun the sadness.

Will You Forgive Me?

Sometimes when a person has a Big Thing on their list of what needs to be forgiven they feel so overwhelmed that they actually hand over power to the person who hurt them. In my work as a mental health therapist I see this all the time. Victims of abuse frequently long for the day when their abuser will come to their senses, confess their wrong doing and ask to be forgiven.

They can trick themselves into thinking it’s a magic pill of some sort. But it’s really hard to live a peaceful life when your peace is dependent on someone else’s actions. And, frankly, even victims who get such a speech from their abusers often find that it has no effect on how easy or hard it is for them to forgive. It’s an expensive lesson to learn, but the reality is that if your peace is in another person’s hands, you may not know much peace.

This week’s Come Follow Me story of Joseph forgiving his brothers after they sell him into captivity serves as a wonderful counterpoint to my own struggles with forgiveness. Both of my approaches above – trying to outrun the feelings and hoping an apology from the other would free me up to forgive – did not work because they required me to act as if the past really didn’t happen. Or if it did happen, it wasn’t a big deal. I had to play pretend with either my mind or my emotions.

If Joseph tried to forget the past, or pretend it didn’t happen, the story would end very differently. Remember, at least part of why Joseph’s brothers hated him is that he had dreams about him (Joseph) becoming great and his brothers bowing before him. But he also had dreams about the coming famine. And he understood that God had sent him into this role to preserve his brothers. Genesis 45:7 “And God sent me before you to preserve you a posterity in the earth, and to save your lives by a great deliverance.”

A Totally Different Level of Forgiveness

To actively prepare for the future is different than trying to become so busy that your feelings can’t catch up with you. I wonder….as Joseph was making plans for growing and storing more grain did he have his own family and brothers in mind?  As he oversaw the building of yet another grain silo was he working out forgiveness then? Even years before his brothers would seek him out? That is a totally different level of forgiveness – one that says, “Not only am I going to forgive you, but I am spending years to make sure you and your children don’t die.”

What makes Joseph’s forgiveness different from mine?

Genesis 50:20 “But as for you, ye thought evil against me; but God meant it unto good, to bring to pass, as it is this day, to save much people alive.”

Here Joseph demonstrates the power of forgiveness.  True forgiveness renders evil powerless by showing that evil can not over come the good. Joseph spends years making sure enough food will be reserved for the people to make it through the famine. And it’s that very food which saves the brothers who put him up for sale. The plan of evil was for Joseph to die in obscurity. Instead Joseph works out his forgiveness over years as he stores food. He then invites his brothers to partake in a greater abundance of life through receiving the food supply.

Goodness gets the Final Word

And so I hope it to be for me too. I can’t trick my mind or my heart into forgiveness. But I can build up the goodness in my life in such a way that the evil that was done against me does not get the final word. If evil got the final word with Joseph, all we would know is that his brothers sold him off and that was the end of him. Instead, he spent his life building up things so good that even evil was overcome.

And so may it be with all of us. 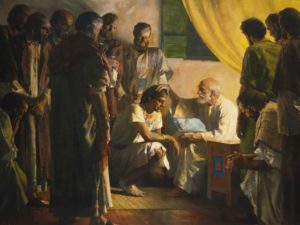 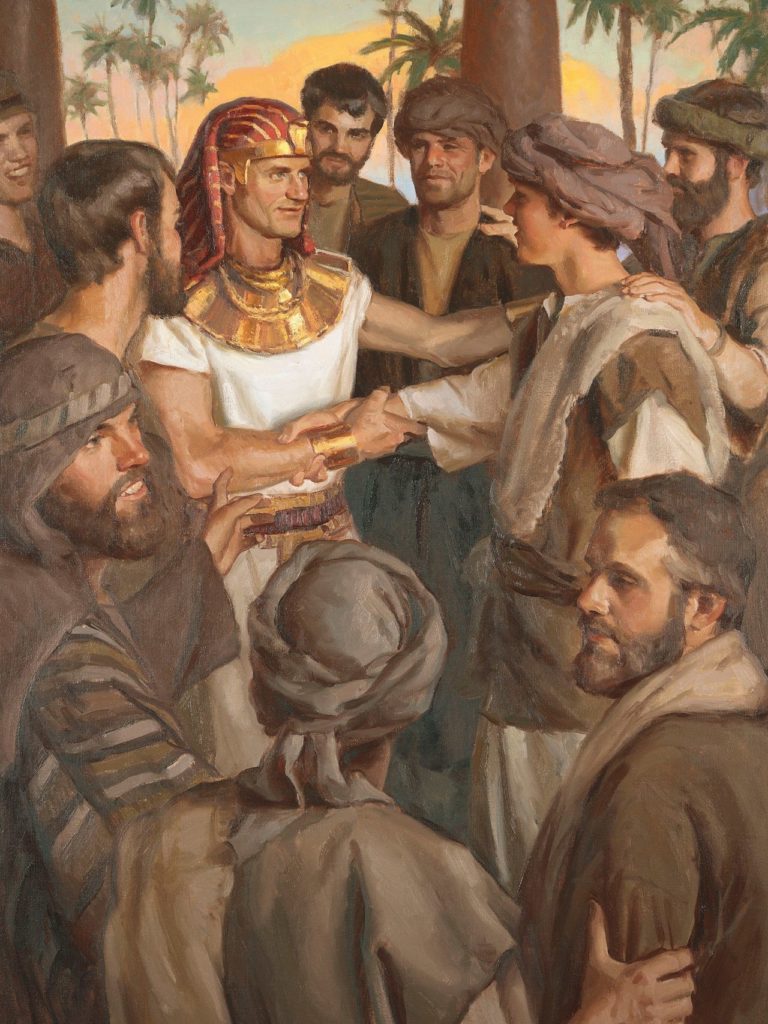 How Should We Understand the Rich Symbolism in Jacob’s Blessings of Judah and Joseph?

The “Garment of Joseph” and Parallels from the Ancient World

Was Joseph Smith’s translation of the Bible ever completed?

Was the Joseph Smith Translation intended to be a restoration of original Bible text?