A Burning Bush and a Pillar of Light: God Remembers His Children

by Ugo A. Perego

Many years ago, when I was a young student at Brigham Young University, I had the unique opportunity to register for and attend the Summer Semester at the BYU Jerusalem Center. To this day, it was one of the best and most intriguing experiences in my life and I still dream about being able to go back there some future day.

There were incredible instructors that were able to open my eyes and my heart to the world of the Old and New Testaments. There was an atmosphere of learning that has been hard to match elsewhere. But the highlight of being in the Holy Land to study the Bible was the many trips we were able to make to the various places mentioned in the scriptures. It was as if time and space disappeared, and I was catapulted right in to the pages of the biblical accounts.

One such trip was to Mount Sinai. When we arrived, we were told that after a couple of hours of sleep, we would to climb the mountain — so we would be on the top of it shortly before sunrise. It was a spectacular sight and truly a sacred moment as I pondered the meaning of that place in the history of humankind.

However, that was just half of my Sinai experience. From there, we walked down the other side of the mountain to the Monastery of Saint Catherine. The Monastery is a UNESCO World Heritage Site sacred to Muslims, Jews, and Christians alike. In the court of the monastery, a small plant had a sign with “The Burning Bush” written on it. This was in reminiscence of Moses’ calling to prophethood — somewhere not far from where I was standing.

The story of Moses, from Charlton Heston’s The Ten Commandments to DreamWorks’ The Prince of Egypt, is a saga that is just as familiar as it is fascinating to both young and old. Moses was rescued as a baby by Pharaoh’s daughter to rise as one of Egypt’s most authoritative figures, then called as a prophet and lawgiver to eventually become the great deliverer and guide for his people through the wilderness.

Likewise, the child Jesus was miraculously rescued from Herod’s madness when he ordered the massacre of the innocents (Matthew 2:16-18). He grew up “in favour with God and man” (Luke 2:52) to teach with greater authority than the learned men of His days. He gave the new law. When His time came, through His atoning sacrifice, He delivered humankind from death. To the Savior, the Father gave the power to crush the serpent’s head. To Moses he gave the power to transform his rod into a snake he could subjugate.

MOSES AS A TYPE OF CHRIST

Moses, through the Lord, was able to provide water, manna and (by raising the brass serpent) a cure from inevitable death for his people. The mortal Christ taught that He was the Living Water, the Bread of Life. He was lifted on the cross to stop the sting of mortal and spiritual demise. And the list goes on and on.

Truly Moses, through a life of dedicated service to the cause of the great Jehovah, not only helped his contemporaries, but blessed the lives of generations to come. His life, character, and example emulated the Savior centuries before His mortal ministry.

Genesis, which is also attributed to Moses, starts with God’s account of the creation. The story of Adam and Eve in the garden, where they knew no joy and no pain, marks the beginning of our Father in Heaven’s interaction with His earthly children. They were bound in clay tabernacles and slaves to their own innocence. In other words, they lived day by day without progressing toward their divine destiny. They were left alone with some basic counsel and the promise that the Lord will not forget about them but return someday with further instructions.

Temptations came and they entered into a fallen state. God remembered them, gave them commandments and covenanted with them. He then sent them into the lone and dreary world. At the end of their mortal journey, if they would remain faithful in keeping God’s statutes and through the infinite grace of a loving and selfless Savior, they were assured entrance in His kingdom and to all that He has.

EXODUS AS A NEW BEGINNING

One book later, rightly called Exodus (=departure), we have God’s children enslaved in Egypt, a world where material and spiritual progress was not an option. They had been in that state for so long by the time readers learn about them that they were numb to the reality they were living in.

Through a holy man, the Lord provided a way out: a true spiritual earthquake woke up their souls and reminded them of who they were, who they must become, and where they needed to go. Moses was the conduit between heaven and earth to renew and restore God’s sacred covenants with His people. Furthermore, he gave them commandments to follow. Obedience would make them worthy of all heavenly blessings and guide them through the wilderness into a Promised Land, where they would have an abundance and enjoy freedom.

A couple millennia later, in the dispensation of the fullness of times, we find ourselves in a world compared to the telestial kingdom. It is our very own ‘lone and dreary world,’ our own wilderness. We are born slaves of sin, corruption, appetites, and mortality into a spiritual Egypt. A world filled with temptations where Satan no longer the provides destruction but has become the master of distraction. Here, our spirits are easily numbed by hours spent busily doing anything and everything, but where productivity — especially spiritual productivity — becomes of secondary importance and is often ignored.

FROM BURNING BUSH TO PILLAR OF LIGHT

Thankfully, the Lord has remembered His children again. He came back to earth through what could be compared to a second condescension event. In the likeness of a man, the Father and the Son appeared to young Joseph Smith in the sacred grove, this time not in the form of a burning bush, but as a pillar of light (Joseph Smith-History 1:16).

They restored commandments and covenants. They gave priesthood keys and instructions to build holy sanctuaries, wherein we could be reminded of the purpose of our mortal journey and our divine destiny. In these temples, we start the eternal walk with Adam and Eve, we leave the garden together and, at every successive passage, we move closer to the Lord. We are prompted to make covenants that, through proxy ordinances, we can revisit over and over again.

When we leave the temple, we go back into the lone and dreary world, charged and recharged, so that day after day we can obtain a more perfect understanding of who we are and where we are heading. And as in the temple the ceremonial process of the endowment culminates in the Celestial Room, so we are promised that at the end of mortality, we are given the opportunity to graduate into God’s eternal kingdom, to receive all that He has, and to become all that He is.

THE GREAT I AM

Exodus chapter 3 is where we learn about Moses’ experience with the burning bush and where the Lord introduces Himself as “the God of Abraham, the God of Isaac, and the God of Jacob.” The theophany that Moses witnessed should not require any additional celestial evidence or titles to convince him of the nature of the Being with whom he  conversed. In fact, Moses himself “hid his face; for he was afraid to look upon God” (v.6). This was the first encounter between the soon-to-be called Israelite prophet and his Maker. However, a few verses later, the Lord felt it was imperative for Moses to know another of His titles and the name He should be known among His people. “Say unto the children of Israel, I AM hath sent me unto you” (v.14).

During His mortal ministry, the Savior was challenged by a group of Jews who were trying to find something of which they might accuse Him. These events are recorded in the eighth chapter of John. Toward the end of these exchanges, when it seemed evident that there was no point to continue such conversation due to the contentious tone of His accusers, Jesus solemnly proclaimed that “Before Abraham was, I am” (John 8:58).

This is an important link between the Jehovah of the Old Testament introducing Himself as the great I AM to Moses, and the Messiah of the New Testament who was foretold by all the ancient prophets would come to deliver His people from captivity.

MY LONE AND DREARY WORLD

I am not a Bible scholar. I know just enough biblical Hebrew to create scriptural interpretative damage in Sunday School settings. However, this specific title the Lord chose for Himself has a special meaning to me. In the lone and dreary world I find myself in (notwithstanding family members and good friends that provide support on a day to day basis), at times I still find myself discouraged, disappointed, hurt, and … lonely. However, as a small but steady light in the dark, the sound of His name echoes in my thoughts: “I AM.” As in “I am here for you. You are not alone. Everything will be fine.”

The Lord provided assurance to Moses that the task He was bestowing upon him would be bearable. We too should know that no matter what weaknesses, mistakes, faults, injustices, and physical and emotional pains, the Lord is there for us. We are never truly alone. We are all entitled to our own spiritual burning bush and pillar of light witness. 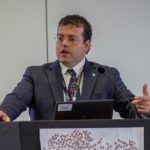 Dr. Ugo A. Perego is a native of Italy. He received Bachelor and Master degrees in Health Sciences from Brigham Young University. In 1999, he was asked to join molecular biologist Scott Woodward in what later became the Sorenson Molecular Genealogy Foundation (SMGF): a non-profit research organization based in Salt Lake City, Utah with the aim to build the largest and most comprehensive database of correlated genealogical and genetic data. 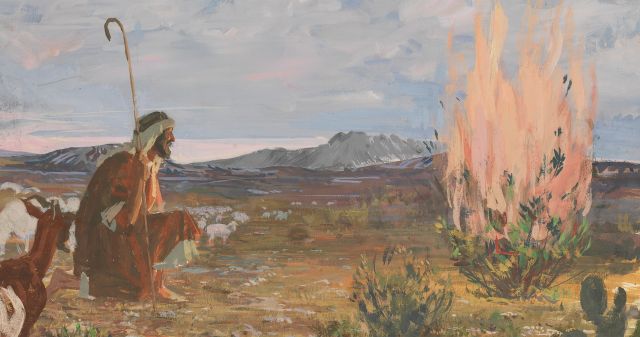 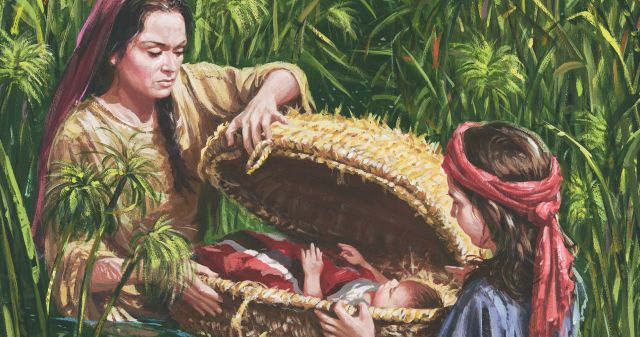 What Did the Lord Mean When He Said Moses Would Become “God to Pharaoh” During the Plagues of Egypt?

Was Moses a real person?

Why Did Moses Seem to Repeat the Same Experience Twice in His Vision?

Did Moses Write the Book of Genesis?

Exodus 1–6 “I Have Remembered My Covenant”