Elder Dallin H. Oaks explained further: “…the most important difference between dead prophets and living ones is that those who are dead are not here to receive and declare the Lord’s latest words to his people. If they were, there would be no differences among the messages of the prophets.”

I’ve noticed a troubling parallel among some members of the Church: Rejecting living prophets in favor of what they anticipate future prophets will do.

It works like this: They believe that the living prophets are wrong regarding some policy or doctrine, such as same-sex marriage or women holding priesthood. They are convinced that these teachings are not of God but merely expressions of false cultural traditions. They look at past changes that the Church has made, like discontinuing the policy of withholding priesthood from black members, and they extrapolate that the future prophets and apostles will change these other positions as well. Convinced that their words and actions are in harmony with what the future prophets will undoubtedly teach, they proceed to act right now as if the future prophets have already made the change that they anticipate. As a result, at an emotional level they feel like they are following the prophet and that those who disagree with them are rejecting the prophet.

In reality the future prophet that they are following is just a projection of their own views in the present. In other words they are setting themselves up as an alternative authority to the current prophet by attributing their contrary positions to a future prophet who does not [and may not] yet exist. Whether by reason or supposed personal revelation, they are claiming to know which direction the Church should take better than the current prophets do.

This is true even if the change they anticipate in the future ends up being correct.

Most readers probably remember Hiram Page, who in the early days of the Church began to receive revelations through a seer stone concerning the organization and location of Zion. In the revelation that Joseph Smith received about the matter, the Prophet was instructed to have Oliver Cowdery tell Brother Page that the revelations were not of God, that Satan had deceived him, with the explanation that “these things have not been appointed unto him…”.

We often assume that because the revelations were not of God that the information contained in the revelations about the organization and location of Zion must have been clearly false. But that is not what the revelation given to Joseph says.  It says that those things had not been “appointed” to Hiram Page and that no one at the time was appointed to receive commandments and revelations for the Church except for Joseph Smith, the Prophet.

So even if, hypothetically, Hiram Page’s revelations had been correct about the future location of Zion, because they violated the order of the Church and undermined the authority of the Prophet, they were not of God.

Likewise, even if members of the Church were correct that the future prophets will change the Church’s position regarding same-sex marriage [which Pres. Oaks has explained cannot happen] or some other policy or doctrine, their opposition to the directions of the current living prophets is still a violation of the order of the Church. Like Hiram page they set themselves up as an alternative source to receiving the truth.

The Lord requires us to follow the current, living prophet who has the authority and keys of the priesthood, not some future prophet whose future directions we conveniently imagine will match that which we currently believe but is contrary to current teachings.

In a discourse given in the October 1992 General Conference, Elder Glen L. Pace compared the Church to a locomotive:

While on the train we can see the world and some of our own members outside laughing and having a great time. They taunt us and coax us to get off. Some throw logs and rocks on the tracks to try and derail it. Other members run alongside the tracks, and while they may never go play in the woods, they just can’t seem to get on the train. Others try to run ahead and too often take the wrong turn.

There is great danger in trying to run ahead of the Church according to our own wisdom and light. Following the living prophets provides a framework for members to adjust to changes in the Church, even when those changes may be different than their expectations or desires.

Not a New Problem

This actually happened with Brigham Young when Joseph Smith received the vision recorded in Section 76 of the book of Doctrine and Covenants. Brigham Young said that he found the doctrine of the three degrees of glory in the vision so contrary to his traditional understanding of the afterlife that at first he could not understand it. But he did not reject it.

Following what we imagine future prophets will do rather than what living prophets require now, on the other hand, provides no framework for dealing with changes in the Church unless they always conform to our personal expectations.

What if it Never Happens?

Those who anticipate that the Church will change to accept same-sex marriage or extend the priesthood to women need to ask themselves “What if it never happens?” What if, on the contrary, the prophet receives a revelation in which the Lord reaffirms and entrenches the Church’s current position, it is unanimously accepted by the presiding councils of the Church, and the new revelation is canonized? What then?”

If the answer is that they know that that is not the Lord’s will, then they have set themselves up as a prophet in competition and opposition to the prophets and apostles that the Lord has chosen to guide His Church. Which of course raises the same issues of stewardship and authority that we confront with fundamentalist leaders who place their own revelation and authority in opposition to that of the Church. They may be right or they may be wrong, but there should be no illusion about what they are claiming (even if it is obscured by projecting their prophecies onto future prophets).

In the scriptures, rejection of the living prophets has grave consequences.  God holds us accountable for our reception or rejection of his living servants and the warnings and directions they give for us now, not what he may or may not require of us in the future.

J. Max Wilson is one of the authors of the Latter-day Saint Radical Orthodoxy Manifesto. 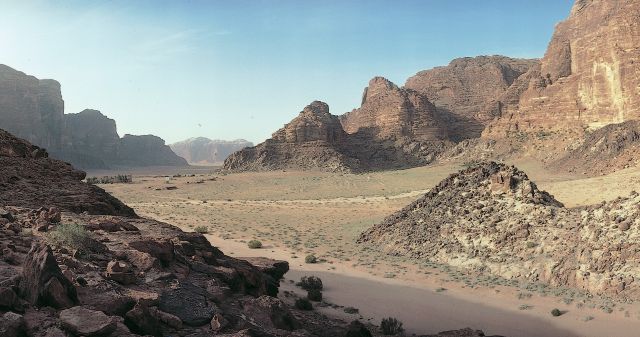 How can you know if an answer to prayer, a personal revelation, is true?

How does official teaching of The Church of Jesus Christ of Latter-day Saints view those that receive revelation that contradicts that of the Prophet?

A house of order, a house of God: Recycled challenges to the legitimacy of the church

How Do the Serpent and the Shewbread Symbolize Christ?

Question: Why would God send poisonous serpents to kill the Children of Israel?

Why doesn’t God always heal the sick when they are given priesthood blessings?

Have There Been Any Latter-Day Parallels to Balaam’s Blessing?

Numbers Introduction to the Book

Casey Paul Griffiths Why Was Moses Not Allowed Into Promised Land? (Numbers 20–21) | Part 5/7

The Whole Meaning of the Law: Christ’s Vicarious Sacrifice, Jennifer C. Lane, The Gospel of Jesus Christ in the Old Testament

The Provocation in the Wilderness and the Rejection of Grace, M. Catherine Thomas, Sperry Symposium Classics: The Old
Testament

Serpent Symbols and Salvation in the Ancient Near East and the Book of Mormon, Andrew C. Skinner, Journal of Book of
Mormon Studies, Volume 10, no. 2

Even on foot, it wouldn’t normally take 40 years to travel from the wilderness of Sinai to the promised land in Canaan. But that’s how long the children of Israel needed, not to cover the geographical distance but to cover the spiritual distance: the distance between who they were and who the Lord needed them to become as His covenant people.

We’re all like the Israelites in some ways. We all know what it’s like to be in a spiritual wilderness, and the same lessons they learned can help us prepare to enter our own promised land: eternal life with our Heavenly Father.

For an overview of the book of Numbers, see “Numbers” in the Bible Dictionary. 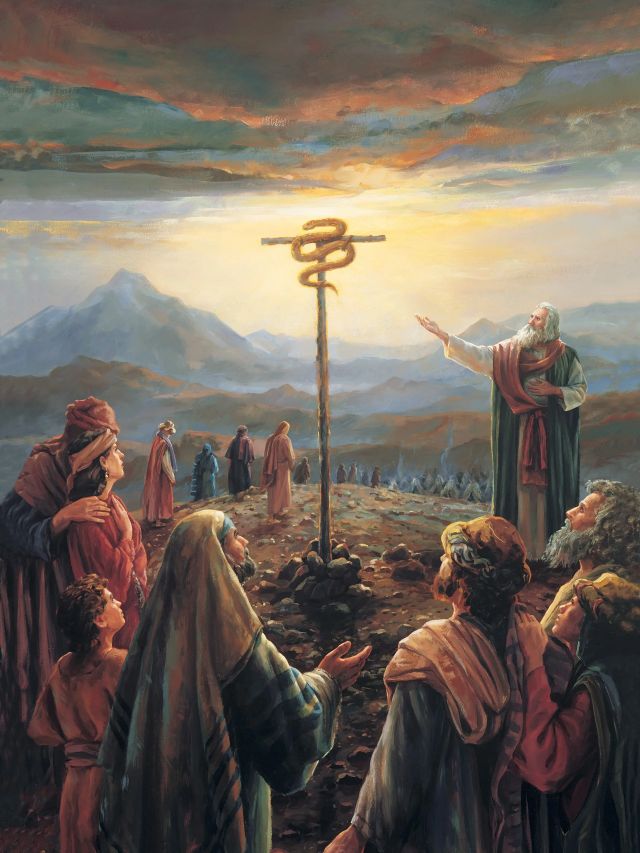