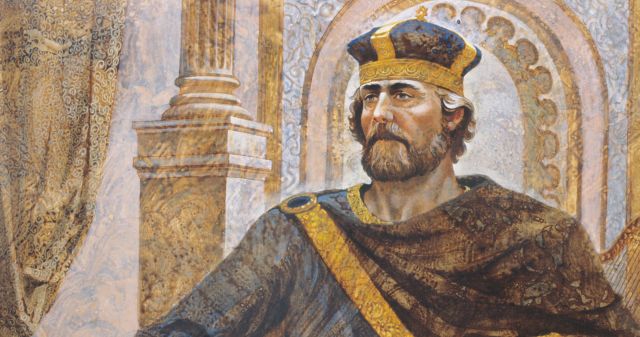 Part 1 of 2: Why Is the Story of David and Bathsheba Significant?

Part 2 of 2: Why Is the Story of David and Bathsheba Significant?

Question: Why does Doctrine and Covenants 132 speak favorably about some Old Testament practitioners of plural marriage, while Jacob 2 is negative?

Why Does “Holiness To the Lord” Appear on LDS Temples?

King David’s reign started out with so much promise. His undaunted faith in defeating Goliath was legendary. As king, he secured Jerusalem as his capital and united Israel (see 2 Samuel 5). The kingdom had never been stronger. And yet David gave in to temptation and lost his spiritual power.

The reign of David’s son Solomon likewise started out with so much promise. His divinely received wisdom and discernment were legendary. As king, he extended Israel’s borders and built a magnificent temple to the Lord. The kingdom had never been stronger. And yet Solomon foolishly allowed his heart to be turned away to other gods.

What can we learn from these tragic stories? Perhaps one lesson is that regardless of our past experiences, our spiritual strength depends on the choices we make today. We can also see in these accounts that it isn’t our own strength or courage or wisdom that will save us—it is the Lord’s. These stories show us that Israel’s true hope—and ours—is not in David, Solomon, or any other mortal king, but in another “son of David”: Jesus Christ (Matthew 1:1), the Eternal King who will “forgive the sin of [His] people” if we “turn again to [Him]” (1 Kings 8:33–34).

For an overview of the books of 2 Samuel and 1 Kings, see “Samuel, books of” and “Kings, books of” in the Bible Dictionary.