Here is a collection of reliable resources to supplement your study of 1 Kings 17–19. FAIR Resources link to relevant questions which have been answered on the FAIR website. Other Resources link to resources outside of FAIR that are trustworthy and helpful. Under Church Resources you’ll find links to the different Come, Follow Me manuals, as well as other helpful links as applicable. Also on the page are the lesson summary and a guest scholar’s article. This week’s article is by Kerry Muhlestein and is titled Comfort Ye My People: the Crucial Historical Background to Understanding Isaiah 40. 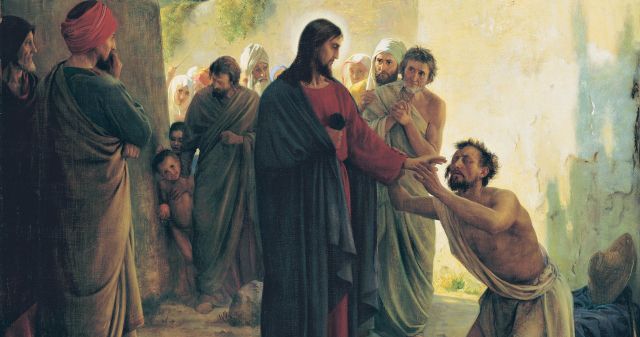 Witnesses to the Book of Mormon

Must All Apostles Literally See Christ?

What does a “burning in the bosom” mean?

Question: Why doesn’t God always heal the sick when they are given priesthood blessings?

Scripture Roundtable: Old Testament Gospel Doctrine Lesson 38, “Beside Me There Is No Saviour”, Administration, September 13, 2014

Ann Madsen on “Temples in the Margins: The Temple in Isaiah”, Administration, June 4, 2015

Missing Words: King James Bible Italics, the Translation of the Book of Mormon, and Joseph Smith as an Unlearned Reader, Stan Spencer, July 10, 2020

BYU Religious Education Discussions on the Old Testament: Great Are The Words of Isaiah–Part 5: Isa. 36-44

BYU Religious Education Discussions on the Old Testament: Great Are The Words of Isaiah–Part 6: Isa. 45-52

BYU Religious Education Insights into Isaiah: With Wings as Eagles

BYU Religious Education Insights into Isaiah: I Will Not Remember Thy Sins

BYU Religious Education Insights into Isaiah: Every Knee Shall Bow

BYU Religious Education Insights into Isaiah: Come Ye Near Unto Me

BYU Religious Education Insights into Isaiah: A Light to the Gentiles

The Scriptures are Real – Kerry Muhlestein

God and His People: Joint Podcast on Highlights of Isaiah 40-48 (Week of Sept. 19, fourth to watch)

The Chiasmus that sheds light on the next 17 chapters of Isaiah (Week of Sept. 19, third to watch)

Comfort Ye My People: The real meaning of Isaiah 40 (week of Sept. 19, first to watch)

“Comfort” is the first word of Isaiah chapter 40. It marks the beginning of a different tone, a different emphasis in the prophet’s message. Where Isaiah’s earlier writings warned Israel and Judah about destruction and captivity that would come because of their sins, these later prophecies were meant to comfort the Jews over 150 years in the future—after Jerusalem was destroyed, the temple was desecrated, and the people were taken captive by Babylon. But these prophecies reach even further into the future than to the defeated, disheartened Israelites. They speak to us, who also sometimes feel defeated, disheartened, and even lost.

Isaiah’s message to them and to us is simple: “Fear not” (Isaiah 43:1). All is not lost. The Lord has not forgotten you, and He has power over situations that seem out of your control. Isn’t the Lord “he that created the heavens, and … he that spread forth the earth, and … he that giveth breath unto the people upon it”? (Isaiah 42:5). Isn’t He more powerful than Babylon, than sin, than whatever is holding you captive? “Return unto me,” He pleads, “for I have redeemed thee” (Isaiah 44:22). He can heal, restore, strengthen, forgive, and comfort—whatever is needed for you, in your case, to be redeemed.

A Refresher is Useful

It is understandable that the Come, Follow Me curriculum does not have us read Isaiah 36-39. That covers material which we already covered in 2 Kings 18-19. Yet we cannot understand what is going on in many of the earlier Isaiah chapters, and certainly not in the chapters just after this block, if we don’t remind ourselves of the events that are described in Isaiah 36-39. While I go more into depth on these things in both my podcast, The Scriptures Are Real,  and in my commentary, Learning to Love Isaiah, here I will give brief excerpts from that commentary that hopefully will help the reader gain a better understanding of the first few chapters of the reading. After these excerpts, I will also note another literary structure that begins at chapter 40 which is very helpful in understanding the next 17 chapters of Isaiah.

“At some point the oppression of Assyria grew too much for Judah.  . . .  Hezekiah decided to rebel. He was likely urged on in this both by his people and by Egypt, who promised support as they attempted to wage a kind of proxy battle, preferring to fight Assyria with allies and in the country of those allies rather than in Egypt itself. As we have seen earlier, Isaiah chastised Hezekiah for relying on Egypt. While we do not have the details of the story, it is clear that Hezekiah took Isaiah’s counsel to heart. While he would still hope for Egyptian aid, he turned to God as his primary source of trust and aid. He tried to get his people to follow him in doing all they could to ask God to be their shield and their support. They began to follow the Lord more fully and to truly trust in Him.  . . .

“While the 2 Kings account makes it clear that Hezekiah enacted serious religious reforms, we learn much more about them from 2 Chronicles 29-31. He repaired and cleansed the temple. He successfully urged the priests and Levites to sanctify themselves and the temple. They cast idols out of the city and burned them. Hezekiah called the people together at the temple where they consecrated themselves and made offerings. Hezekiah sent to all Israel, including members of the northern tribes, calling them to Jerusalem to observe the Passover. He urged them to turn to the Lord again, promising that He would return to them if they did so. Many laughed at the idea, but many came. People from many tribes cleansed Jerusalem of false worship and partook of the Passover.  . . .

“After the Passover, all Israel went throughout all the countryside, north and south, and threw down the high places, altars and groves, leaving only Jerusalem as a place for rituals. Hezekiah asked for tithes to be brought, and soon they were blessed and had an abundance of tithes. According to the Biblical text, Hezekiah did all he was supposed to do with all his heart. It was because of the state of spiritual readiness that Hezekiah helped Judah reach that God came to their aid and spared Jerusalem . . .” (Learning to Love Isaiah, A Guide and Commentary, pp. 300-301).

Most of the Kingdom of Judah was devastated. The Assyrians destroyed every other sizable city and laid waste to much of the countryside. But Jerusalem was miraculously spared. That is the setting for chapter 40, which is the first chapter that seems to have been penned after the salvation of Jerusalem.

The above information is necessary to understand the original context of chapter 40. Once we have that historical context in mind, we can better see various meanings as we read through these famous verses.

Here is a partial excerpt from my commentary for those first two verses.

“Judah has just experienced an existential threat, a disaster that has nearly completely swallowed up the nation (see 2 Kings 18–19, Isaiah 36–38). They have also just received a prophecy that there would be a future destruction (Isaiah 39:5–7). The city of Jerusalem is full of refugees, both those who have fled the northern kingdom when it was being ransacked by the Assyrians, and those who had fled very recently from the Assyrian invasion of Judah. . . .

On the heels of this consequential disaster, God comforts Judah. Yet the use of the phrase ‘my people’ does not indicate just Judah or Jerusalem. While the specific historical context means that there was an immediate, powerful, and meaningful fulfillment of Isaiah’s words in that day, they also apply to all of God’s covenant people whenever they have kept covenant through trials. It also applies to covenant individuals. While, as CFM [Come Follow Me] points out, the words of this chapter would certainly serve to comfort God’s people in the later Babylonian destruction, and all sorts of other difficulties covenant people and individuals pass through, we must not overlook the power that these words would have had in the immediate wake of the swath of destruction Assyria had just brought upon Judah. Understanding that devastation and how God spoke to His people about it will help us better apply it to our own lives and other situations.

“The terrible Assyrian invasion is over. War will not return for a few generations. Because they have returned to God, Judah is granted comfort, relief, and pardon. In many situations, the law of Moses called for a double portion to be provided when restitution had to be made (see Exodus 22:4). Judah has paid a double restitution price for her sins, but ensuing fulfillment of God’s promises more than double the blessings (for example, Isaiah had promised that the sun would shine brighter than before, that water would flow more abundantly, etc. [see Isaiah 30]). In a way, the double portion is both the double portion paid for transgression and the double portion received by the birthright child (see Deuteronomy 21:17),” Learning to Love Isaiah, A Guide and Commentary, (American Fork, UT: Covenant Communications, 2021),332-333, by Kerry Muhlestein. 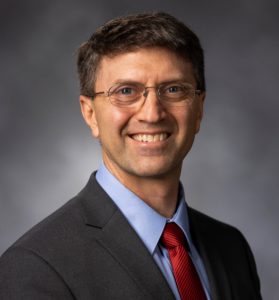 Kerry received his B.S. from BYU in Psychology with a Hebrew minor. He received an M.A. in Ancient Near Eastern Studies from BYU and his Ph.D. from UCLA in Egyptology, where in his final year he was named the UCLA Affiliates Graduate Student of the Year. His first full time appointment was a joint position in Religion and History at BYU-Hawaii. He is the director of the BYU Egypt Excavation Project. He has been teaching about Isaiah for almost three decades and has been teaching classes specifically on Isaiah for several years, and has written a verse-by-verse commentary on Isaiah. He and his wife, Julianne, are the parents of six children, and together they have lived in Jerusalem while Kerry has taught there on multiple occasions. His 2022 FAIR Conference presentation on “Keys to Understanding Isaiah” can be viewed here.