Compass in the Book of Mormon 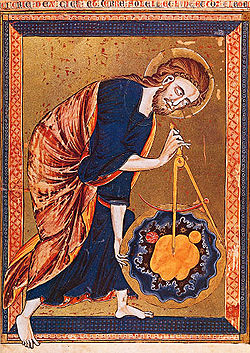 Did Laman and Lemuel believe Nephi made the Liahona?

[S]hortly after the appearance of the Liahona at the door of Lehi's tent, Laman began complaining that Nephi "worketh many things by his cunning arts, that he may deceive our eyes, thinking, perhaps, that he may lead us away into some strange wilderness" (2 Nephi 16:3-8). After all, whenever fine workmanship and metallurgy had to be done, Nephi was the one who did it (1 Nephi 17:10-11, 16; 19:1; 2 Nephi 5:15-16). What does the study of ancient metallurgy tell us about the setting of Laman and Lemuel's point of view that Nephi made the Liahona?

According to the Book of Mormon, the word Liahona meant specifically "compass" (Alma 37:38), though it was also called a "ball" or "director"—based apparently upon its round form and its guiding function on both land and sea (1 Nephi 16:10, 16; 18:21; Mosiah 1:16; Alma 37:45). While the Book of Mormon does not tell us whether the Liahona functioned partly on geomagnetic principles, Nephi did say that it contained two spindles, one of which functioned as a directional pointer, and that the body was made of "fine brass" (1 Nephi 16:10, 28). Brass is an excellent noncorroding and nonmagnetic case for a compass. Those who are familiar with modern compasses might naturally ask whether the Liahona worked on a similar principle, with a magnetic function for one spindle, and a possible azimuth setting for the other. Perhaps part of Laman's skepticism was based on some familiarity with just such a technology.[1]

Old and New World use of compasses

it is worth noting that the function of magnetic hematite was well understood in both the Old and New Worlds before Lehi left Jerusalem. Magnetite, or lodestone, is, of course, naturally magnetic iron (Fe3O4), and the word magnetite comes from the name of a place in which it was mined in Asia Minor by at least the seventh century B.C., namely Magnesia.[a] Parenthetically, Professor Michael Coe of Yale University, a top authority on ancient Mesoamerica, has suggested that the Olmecs of Veracruz, Mexico, were using magnetite compasses already in the second millennium B.C. This is based on Coe's discovery during excavations at San Lorenzo-Tenochtitlán of a magnetite "pointer" which appeared to have been "machined," and which Coe placed on a cork mat in a bowl of water in a successful test of its function as a true floater-compass.[b] The Olmecs (Jaredites?) of San Lorenzo and their relatives in the Oaxaca Valley were utilizing natural iron ore outcroppings by the Early Formative period (c. 1475-1125 B.C.), and at the end of the San Lorenzo phase and in the Nacaste phase (c. 1200-840 B.C.). Mirrors and other items were also fashioned from this native magnetite (and ilmenite).[2]