Under the Banner of Heaven: Episode 4 “Church and State”

The investigation intensifies after Pyre uncovers details of the Lafferty family’s
fundamentalist beliefs, sparking a search for missing Lafferty brothers, Ron
and Dan, and putting Pyre at odds with his own church leaders.

In the episode, Emma Smith says to Joseph, “I was at your side when you discovered the plates [voice drips with sarcasm with the word ‘discovered’]. I was the scribe when you dictated their every word. And I publicly supported their divine [again, dripping with sarcasm] authenticity. So are you certain in asking me now to believe that the Lord in heaven commands you to take more wives?” This suggests Emma did not believe Joseph Smith to be a true prophet nor did she believe The Book of Mormon to be an authentic record of an ancient people.

Question: Did Emma disbelieve in Joseph’s prophetic calling or the authenticity of the Book of Mormon?

“My belief is that the Book of Mormon is of divine authenticity. I have not the slightest doubt of it. … Though I was an active participant in the scenes that transpired, and was present during the translation of the plates … and had cognizance of things as they transpired, it is marvelous to me, ‘a marvel and a wonder,’ as much as to anyone else.”
Describing her experience, she said: “The plates often lay on the table without any attempt at concealment, wrapped in a small linen tablecloth which I had given him [Joseph] to fold them in. I once felt the plates as they lay on the table, tracing their outline and shape. They seemed to be pliable like thick paper, and would rustle with a metallic sound when the edges were moved by the thumb, as one does sometimes thumb the edges of a book.” She also testified, “I know Mormonism to be the truth; and believe the church to have been established by divine direction.”

To read a more full account of her testimony, see Testimony of Emma Smith.

Question: Was Emma the scribe as Joseph dictated every word of the Book of Mormon?

NOT TRUE. Emma was one of at least 7 scribes (not including Joseph) that have been identified so far. Of those identified, Oliver Cowdery did most of the transcribing.

NOT TRUE. The pamphlet was written by Udney H. Jacob who lived in Nauvoo, Illinois, but was not even a church member at the time. Joseph Smith denounced it as soon as he found out about it. It does not reflect the beliefs of the Church and was certainly never distributed by the Church. For more information, see:

In episode 4, when Jeb Pyre finds out Dianna Lafferty had written a letter to the president of The Church of Jesus Christ of Latter-day Saints, he responds by saying, “The living prophet. It’s kind of like writing a letter to Heavenly Father himself. And it’s – it’s hard to imagine an LDS wife doing this to her own family. It’s extreme.”

Question: Do members of the Church of Jesus Christ of Latter-day Saints consider the President of the Church as being equal to God?

NOT TRUE. It is unimaginable that any Latter-day Saint would equate the president of the church, which faithful members believe to be a prophet of God, to “Heavenly Father himself.” While members of the church honor and respect the prophet as a man of God, they realize he is a man and not God. Furthermore, members are taught and encouraged to pray daily and to strive to have a personal relationship with God where they can prayerfully commune with Him.

Question: Is it inappropriate for a woman in the church to seek counsel from leaders?

NOT TRUE. In terms of writing to LDS Church leadership, gender and marital status doesn’t matter and never has. To suggest otherwise is narrow-minded and ridiculous.

It’s mentioned by Allen that Dan started spending his days in the BYU library searching the words of the early prophets. Allen said, “He grew frustrated with the fact that so much of our history seemed to have been purposefully removed from every library in Utah including BYU’s.”

Question: Was church history removed from libraries –including BYU’s – in Utah?

NOT TRUE. That comment is so far from reality that the series’ creators should be embarrassed. The Harold B. Lee Library at Brigham Young University has probably the second-best collection of anti-Mormon literature in the world. Secondly only to the Historical Library at Church of Jesus Christ of Latter-day Saints headquarters. The Lee Library also has an excellent collection of fundamentalist Mormon literature that has been collected from the various groups who claim ties to the LDS Church. Furthermore, serious scholars of any religious background are allowed to view these publications and historical records. Finally, not only do the church library and BYU’s library have excellent collections of material alluded to in the series, the Marriott Library at University of Utah and what was known as the Merrill Library, now Merrill-Cazier Library, at Utah State University also have had excellent collections for years. Both of these two latter libraries are at state owned institutions and, therefore, would not have any vested interest in hiding or destroying LDS-related print and manuscript material.

Question: Dan Lafferty went down to Colorado City to visit “the FLDS.” Were they known as the FLDS at that time?

NOT TRUE.  There were no FLDS in 1984. The Fundamentalist Church of Jesus Christ of Latter-Day Saints was incorporated in 1991. In 1984 they would have been known as the Short Creek Group or the Johnson Group, for their leader, Leroy S. Johnson. So, every time they said FLDS in the episode, that was incorrect. And, the writer should have known better.

NOT TRUE.  To equate dealing with FLDS to dealing with the Mafia is not only over-the-top, but also rather offensive. For decades people in Southern Utah have done business with the residents of Hildale and Colorado City, also known as Short Creek. Most of these people later became known as FLDS. While members of this group tend to keep to themselves, they have, nevertheless, been involved with business that has included construction, industry, and commerce that has involved interaction with Mormons and non-Mormons alike throughout Southern Utah.

TRUE. Yes, at least one (perhaps two) of Joseph Smith’s plural wives were fourteen at the time they married him. While this is strange and even offensive to twenty-first century sensibilities, marrying at such a young age was not uncommon at that time, particularly in frontier settings — and 1840s Nauvoo was on the edge of the frontier. Following is information regarding marriage age in Joseph Smith’s time:

Question: Did John Taylor really say “God is greater than the United States, and when the government is in conflict with heaven, we will be arranged under the banner of heaven against the Government. The United States says we cannot marry more than one wife. God says different.”?

NOT TRUE. This quote is mentioned twice in this episode, as well as being the basis for the title of the series and the book it is based on. But John Taylor never said it. It was made up by a Salt Lake Tribune reporter who apparently thought that Taylor’s actual words about not rebelling or fighting against the United States were not treasonous enough. See Under the Banner of Misattribution for more information. 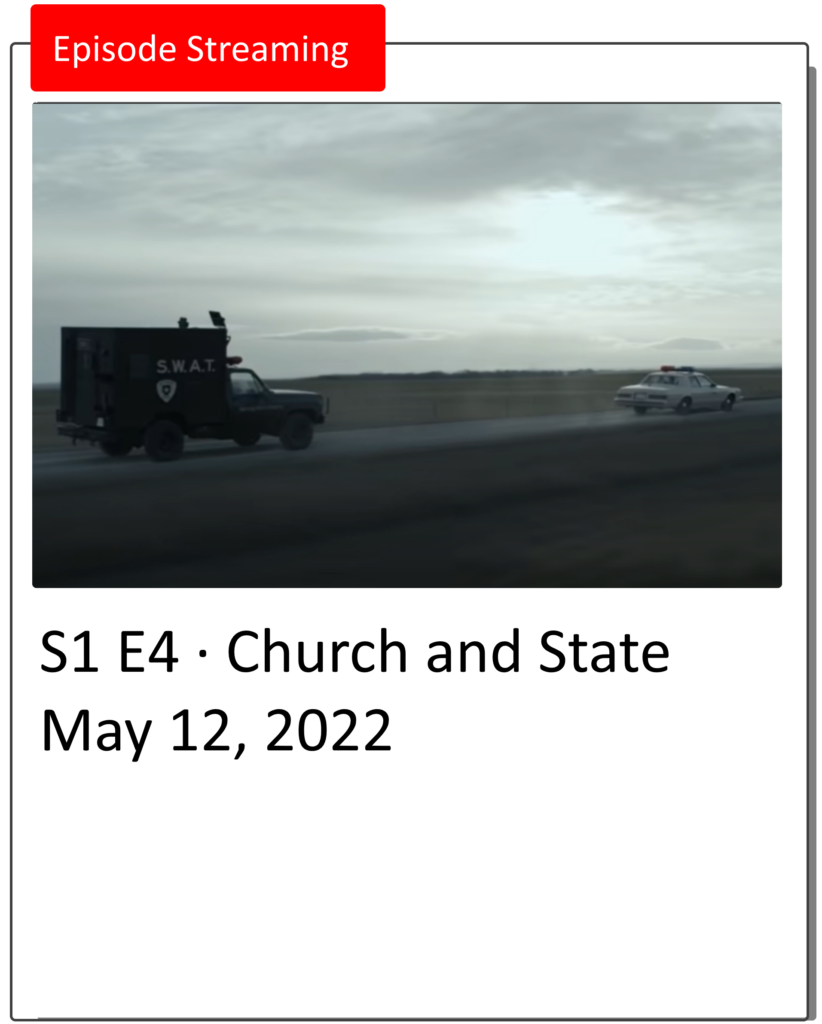 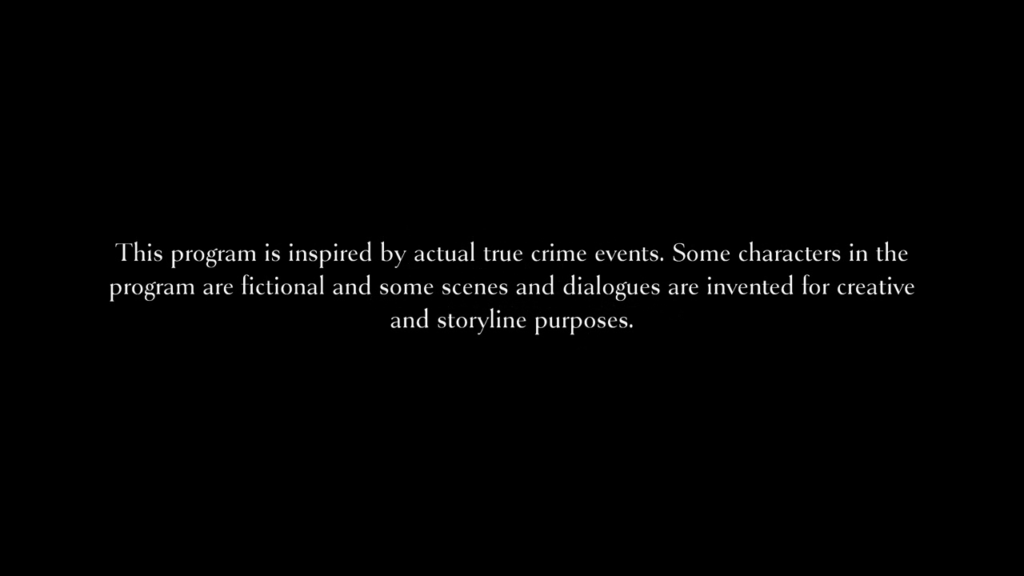 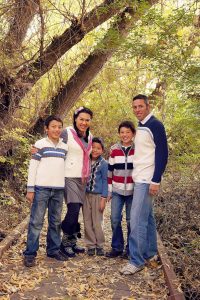 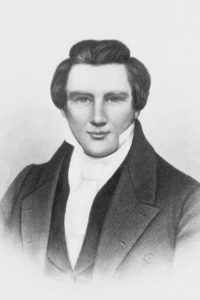 Highlights of the Life of Joseph Smith

Major events by year in the life of Joseph Smith. 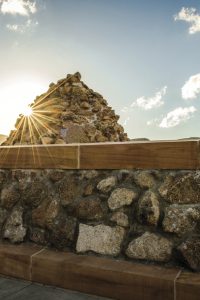