Under the Banner of Heaven: Fact vs Fiction Episode 6 “Revelation”

Episode summary: New details emerge about Brenda’s attempt to reckon with some of the Lafferty family’s most extreme members and beliefs, as Pyre and Taba hunt for those who killed Brenda before they can kill again.

*Note: This page does not mention all the errors in this episode. There are simply too many inaccuracies, misrepresentations and outright fabrications to address them all. Viewers would do well to keep the series’ disclaimer in mind: this series is inspired by an actual crime, but characters, scenes and dialog are invented “for creative and storyline purposes.”

The character of Bernard Brady says about John W. Bryant, “Bryant was an acolyte of Rulon Allred, the um, polygamist who was assassinated for being too liberal.”

Question: Was John W. Bryant an acolyte (assistant or henchman) of Rulon Allred?

FALSE: John Bryant joined the Allred group (which came to be known as the Apostolic United Brethren) but remained for only a few years before leaving under a cloud of scandal and disgrace for his claims of having received questionable revelations, as well as his teachings and actions that included what one member of this fundamentalist group called ‘sexual deviancy and perversion.’ Bryant then organized his own group where he continued to teach sexual and other forms of deviancy.

Question: Was Rulon C. Allred killed by fellow fundamentalists for being ‘too liberal’?

FALSE: Rulon C. Allred was killed on May 10, 1977, in his medical practice by followers of Ervil LeBaron. LeBaron, who lived in Mexico, ordered Allred’s death because he saw Allred as a threat to his claim as being the true leader. Furthermore, Allred refused to accept LeBaron as the leader of the fundamentalists and pay him tithing as LeBaron had demanded. LeBaron had also threatened the lives of the Spencer W. Kimball, LDS Church president, as well as Jimmy Carter, the President of the United States.

Jeb Pyre asks, “Did—did Brigham Young just lie to his people like I did last night? To drive ‘em out of the American territory just so he could marry as many wives as he wanted without fear of prosecution?”

Question: Did Brigham Young lie to the early saints to convince them to leave United States territory?

FALSE: Brigham Young didn’t need to lie to the Latter-day Saints in order to convince them to flee Illinois. By the time the Saints left Illinois, many homes and crops had been burned by mobs. Mob murders of Mormons had occurred. And threats of further violence continued.

Question: Did Brigham Young need to leave United States territory so that he could then marry as many wives as he wanted?

FALSE: By the time Brigham Young left Nauvoo, he had already quietly married forty plural wives, by far the majority of women he ultimately married.

Question: Commanded by God or not, did Brigham Young order the Mountain Meadows Massacre?

FALSE: There is no evidence that Brigham Young ordered the massacre of the Baker-Fancher wagon train that included between 120 and 140 individuals. To the contrary, there is very strong evidence that Brigham Young didn’t know about the massacre until after the fact, and was shocked and horrified that something so awful happened. The massacre, which took place on September 11, 1857, was during a time called the Utah War, when the James Buchanan administration sent the largest peacetime army to that point in American history to put down a supposed Mormon rebellion in Utah. The wagon train arrived in Utah during this turbulent time and traveled southward through the Territory of Utah. Due to misunderstandings and fighting words on both sides, the result of confrontations was the attack and brutal killing of all in the wagon train but a few small children by a combined force of Mormon settlers and Native Americans. It was an inexcusable massacre caused by a combination of fear, misunderstanding, and war hysteria. For more information about the causes of and actual massacre, see, Ronald W. Walker, Richard E. Turley, Jr., and Glen M. Leonard, Massacre at Mountain Meadows (New York: Oxford University Press, 2008).

Question: Did Brenda Lafferty receive a blessing from General Authorities of the LDS Church appointing her “to shepherd the Laffertys back to the fold. Not only Allen, every Lafferty [with] their eternal salvation [in her] hands?”

FALSE: According to Brenda’s sister, Sharon Wright Weeks, Brenda never received a blessing from any General Authorities of the church, let alone one with such a daunting commission.

Brady says, “When men of faith say that they feel the burning of the bosom by the Holy Spirit, I was raised to believe them.” Pyre answers, “If they told me their bosom was burning to let someone die, I’d do my own praying.”

Question: Are church members taught to have blind faith in someone else’s revelation?

FALSE: Church members are encouraged to receive their own confirmation of things that are said by church leaders. And church members do not receive revelation for
other members unless they have a spiritual responsibility – a stewardship – over them (ie: parents for their children, a bishop for his ward, the prophet for the whole church).

“How can I know when I have received a revelation and not just a thought of my own?”

Question: Is it ‘guesswork’ to know when revelation is being received?

MISLEADING: It does take some practice and experience to know when revelation is being received, but church members don’t consider it to be guesswork (the process of making a guess when you do not know all the facts) to separate their own thoughts from revelation.

“How can I know when I have received a revelation and not just a thought of my own?”

Allen Lafferty says, “I just want to live precisely by the example of Joseph Smith so I can be with your daughter forever.”

Question: Do church members strive to “live precisely by the example of Joseph Smith”?

FALSE: While we commemorate and try to learn from the good examples of church leaders such as Joseph Smith, the only example we try “to live precisely by” is that of Jesus Christ.

Question: Is chocolate against the Word of Wisdom?

FALSE: While some leaders have unofficially discouraged caffeinated drinks, the official interpretation of the Word of Wisdom that members must follow is to abstain
from coffee, tea, tobacco, alcohol, and harmful drugs. Chocolate was specifically
mentioned by a past church leader as an example of something that is not prohibited, which is going too far with the Word of Wisdom.

See Mormonism, the Word of Wisdom and caffeine

The Word of Wisdom

Question: After being married in the temple, does a person have to get permission from the Church in order to get a divorce?

FALSE: Permission from ‘the Church’ is not required for a civil divorce. The couple may choose to seek counsel from their local leaders, but ultimately it is up to the couple to
decide whether or not to get a divorce. The Church teaches that divorce should be avoided, but that in some cases it can be necessary, such as abuse.

He Is Risen with Healing in His Wings: We Can Be More Than Conquerors

Question: Did the Church teach that “Satan founded the black race when he taught Cain to place his seed into the beasts”?

FALSE: There were many theories taught for why people of African descent were not allowed to receive the priesthood for a time, but they have all been disavowed, and this
was not one of them.

Bruce R. McConkie: “Forget everything that I have said, or what President
Brigham Young or President George Q. Cannon or whomsoever has said in days past
that is contrary to the present revelation”

Race and the Priesthood

Question: Are church members not allowed to listen to popular music?

MISLEADING: Church members are given the responsibility of making their own choices about what music to listen to. They are encouraged to listen to music that is uplifting and discouraged from listening to music that carries messages contrary to the
teachings of the church. But there is no prohibition on popular music.

Question: When arriving in the Salt Lake Valley, did Brigham Young really say, “It is enough. From this valley we will never run. And if they attempt to throw us over again, in the name of God we will lift the sword and slay them”?

FALSE: Brigham Young was very sick when they arrived. The most he is reported to have said was, “This is the right place; drive on,” – but because of his condition, there
is question over whether he even said that much.

The Myth About Brigham Young’s “This Is the Place” Quote

Question: Did Brigham Young really say, “If it comes from God it will bring an increase of love and appreciation for the brethren. This is a sign Satan cannot duplicate”?

FALSE: This also appears to be completely made up for the show.

Pyre tells Bill that he faked a blessing on his mom last night just so she would rinse her hair out.

Question: What about Jeb’s blessing was “fake”? Do priesthood holders “fake” inspiration when giving a blessing?

MISLEADING:  The blessing procedure he performed was almost totally incorrect. However, the actual blessing given “that you may hear the Holy Spirit and find peace” is
completely plausible in cases where no inspiration is received. Ironically, this is apparently the part that is supposed to have been faked. Speaking of a blessing for the sick, which would be a little different but similar enough to this situation, an apostle has taught that “no elder should ever hesitate to participate in a healing blessing because of fear that he will not know what to say. The words spoken in a healing blessing can edify and energize the faith of those who hear them, but the effect of the blessing is dependent upon faith and the Lord’s will, not upon the words spoken by the elder who officiated.”

Me? Give Me a Blessing? 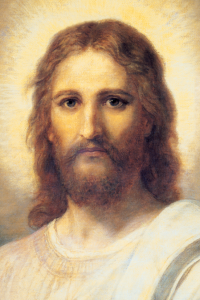 The Life and Mission of Jesus Christ 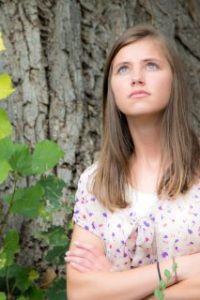 How the Church of Jesus Christ Is Organized | Now You Know 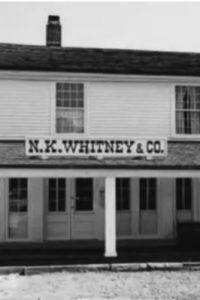 School of the Prophets

School of the Prophets

Schools of the prophets were an established tradition