Episode Synopsis: As the details of the murders become clear, Pyre (Andrew Garfield) and Taba (Gil Birmingham) embark on an interstate manhunt, hoping to catch the killers before they complete their list of those to be “blood atoned.”

Question: Were religion and fundamentalist Mormon beliefs really the cause of the murders of Brenda and Erica Lafferty?

FALSE: Randy Johnson, the former American Fork Chief of Police, explained that “it was Ron’s hate and anger that motivated the killings.” His desire for vengeance was done in the guise of religion, using his own twisted version of Mormon fundamentalism.

More Information: “Prosecutors said Ron Lafferty used the ‘revelation’ as an excuse, and the killings were revenge for encouragement Brenda gave to Diana Lafferty, who divorced Ron in 1983.” Exclusive: The real Brenda Lafferty is lost in ‘Under the Banner of Heaven’ series, her sister says

Question: Did the brutal murders of Brenda and Erica Lafferty and subsequent investigation of the crime cause the loss of faith of any of the police officers involved?

FALSE: According to Randy Johnson, the American Fork Chief of Police at the time of the murders, “…neither I, nor any of my officers, ever lost our personal faith. If a member of The Church of Jesus Christ of Latter-day Saints, we did not question our beliefs or our leaders as a result of the investigation.”

Johnson said that not only was the portrayal of an investigator on this case losing his testimony inaccurate but that the whole police department as portrayed in the series was unrecognizable. No one and nothing looked familiar in any way to him and did not even resemble the actual event.

Question: Was the murder of Brenda and Erica Lafferty a ritual killing such as blood atonement?

FALSE: According to Randy Johnson, the former American Fork Chief of Police, who has researched and taught about cults, the occult, ritual and other crimes of that nature, the Lafferty murders were not blood atonement or any other type of ritual killing.

The reason for this is several-fold. First, the knife used in the killings was not blessed or sanctified before-hand. Second, Brenda was beaten, strangled, and smothered before having her throat slit. The knife was used only because the other methods had failed to kill her. Third, strangling and smothering would not have been used in ritual killing that would have necessitated bloodletting.

According to the forensic evidence and the testimonies of Charles “Chip” Carnes and Richard “Ricky” Knapp, Brenda put up a fight and the struggle was intense. The blood splattering showed Brenda had been beaten and the fight went from the front door into the kitchen where her body was. Carnes and Knapp had heard her begging them not to hurt her baby and it was obvious she was fighting for her life and the life of her baby.

Question: How long was Allen Lafferty considered the prime suspect for the murders of his wife and daughter?

ABOUT 2 HOURS. Randy Johnson, the former American Fork Chief of Police, stated that the usual procedure in a murder of this nature is to consider the spouse as the primary suspect until proven otherwise. At 7:45 PM on 24 July 1984, the police department received Allen’s phone call reporting the crime. At 8:30 PM he was taken to the police station.

Around 10:00 PM, Johnson received information that Allen had told them his brothers, Dan and Ron Lafferty, had threatened Brenda and Erica but he didn’t think they would actually hurt them. About the same time, officers who had been canvassing the neighborhood reported neighbors had seen a vehicle matching the one Dan and Ron had been known to use. This vehicle had twice been at the Lafferty home between approximately 3:00-3:45 PM, near the same time the couple living next door said they had heard sounds of a disturbance in the Lafferty home.

Therefore, by 10:30 PM the police department entered the Laffertys’ names and vehicle information into the National Crime Information Center database. All of this was a little over two hours of being notified of the crimes.

Allen was no longer considered a suspect. Thus, the show’s portrayal of Allen being held at the station for what seemed to be several days and the slow, belabored process of identifying Dan and Ron Lafferty as the suspects is completely wrong.

Question: How was Robert Crossfield’s School of the Prophets involved in the Lafferty crimes?

Robert “Bob” Crossfield, also known as Prophet Onias, and friends of his founded the School of the Prophets. Randy Johnson, the former American Fork Chief of Police, explained that most of the group were ex-members of The Church of Jesus Christ of Latter-day Saints who liked to get together to discuss the mysteries of God.

A couple of years before the murders, Dan and Ron Lafferty joined the group. They and some of their brothers attended a number of meetings. Johnson explained that “The group believed in revelation and members were permitted to present revelations they had purportedly received. The members felt if two or more agreed with the revelation it was accepted by the group. … Ron and Dan always sustained each other and another of their brothers, who also attended, became a significant voting bloc.”

Ron tried to assume leadership of the group, but this was not well received by the others, mainly because of the Lafferty brothers’ radical views. Ron’s revelations were self-serving. According to Johnson, the revelations, directed at family members and associates and “in the voice of a prophet of God,” were things Ron wanted accomplished. “He was a master manipulator and preyed upon the feelings and beliefs of those he purported to care for. He really did not believe he was a prophet, but Dan believed Ron was a prophet.” What got the brothers ousted from the School of the Prophets was Ron’s removal revelation and when he brought in an old-fashioned straight-edge razor and wanted it to be anointed and sanctified to be used in the sacrifices. Members of the group were genuinely shocked and fearful and claimed in later interviews (all members were interviewed during the investigation after the murders) that they did not accept the revelation. In fact, members of the group feared they were potential targets during the time the brothers were on the run after the murders. One member was so concerned after the revelation was presented, he documented his fear and had the statement notarized but did not deliver it to law enforcement.

This list does not represent the only errors in this episode. There are simply too many inaccuracies, misrepresentations, and outright fabrications to address them all. Viewers would do well to keep the series’ disclaimer in mind: this series is inspired by an actual crime, but characters, scenes and dialog are invented “for creative and storyline purposes.” 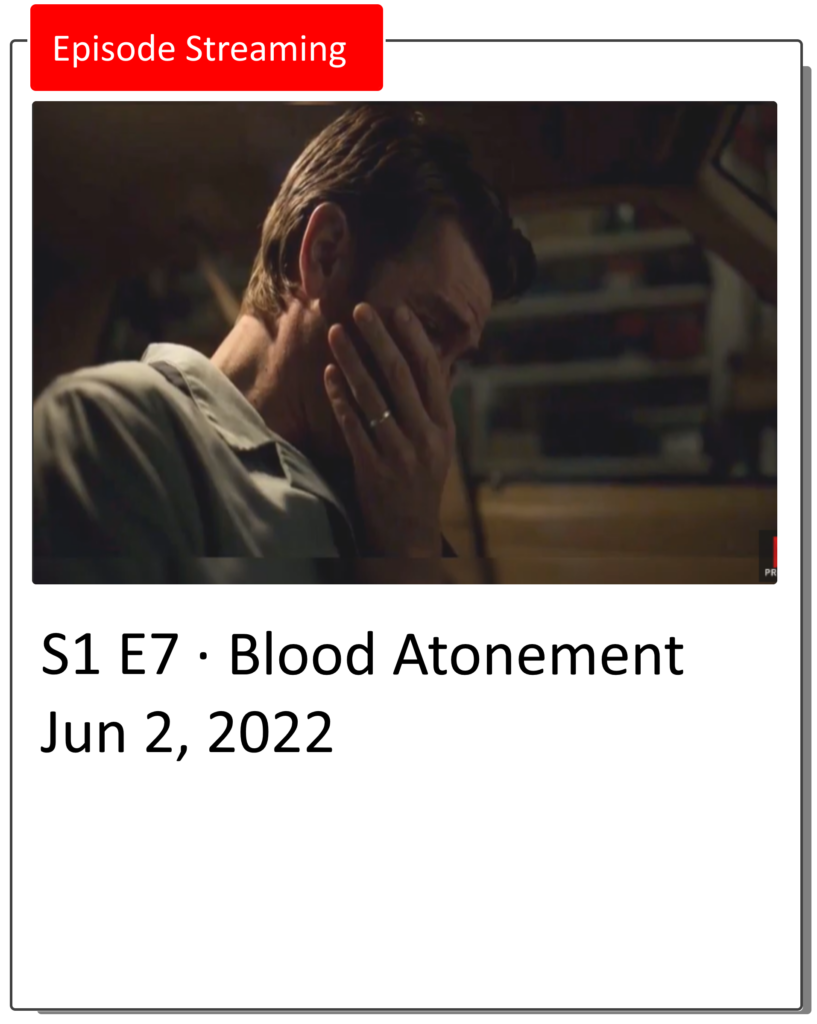 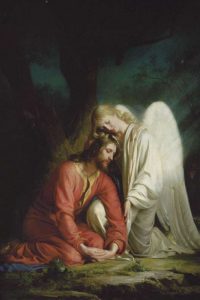 Jesus Christ is Our Savior

The Atonement of Jesus Christ

Did early Mormon leaders teach that the only thing an apostate could do to redeem himself was to give his own life, willingly or unwillingly?