The Book of Mormon mentions the word "compass"

Question: Was the Liahona simply a magnetic compass that was out of place in 600 B.C.?

It is claimed that the description of the Liahona as a "compass" is anachronistic because the magnetic compass was not known in 600 B.C. One critical website notes that "the COMPASS which DIRECTED one's course wasn't invented yet for many centuries." [1]

To use the word compass as a name for a round or curved object is well attested in both the King James Version of the Bible and the Oxford English Dictionary. The Book of Mormon refers to the Liahona as "a compass" not because it anachronistically pointed the way to travel, but because it was a perfectly round object.

10 And it came to pass that as my father arose in the morning, and went forth to the tent door, to his great astonishment he beheld upon the ground a round ball of curious workmanship; and it was of fine brass. And within the ball were two spindles; and the one pointed the way whither we should go into the wilderness.

30 And it came to pass that I, Nephi, did go forth up into the top of the mountain, according to the directions which were given upon the ball.

This object did give directions, however this object was referred as "a compass" because it was a perfectly round object.

The purpose of the two spindles is not explained, however, one assumes that one of them provided directional information

The fact that the Liahona is referred to as a "compass" and that it contained spindles leads one to assume that it was used like a modern compass. However, there is no indication that either of the spindles pointed to magnetic north. If one of the spindles was used to provide directional information, the inference is that it simply pointed the direction that they were to go, which would not be magnetic north.

The Book of Mormon does specifically indicate, however, that the Liahona was used to direct the travels of Lehi's party based upon writing that appeared upon the object

As Nephi put it, the "directions which were given upon the ball":

29 And there was also written upon them a new writing, which was plain to be read, which did give us understanding concerning the ways of the Lord; and it was written and changed from time to time, according to the faith and diligence which we gave unto it. And thus we see that by small means the Lord can bring about great things.

30 And it came to pass that I, Nephi, did go forth up into the top of the mountain, according to the directions which were given upon the ball. 1 Nephi 16:29-30 (emphasis added) 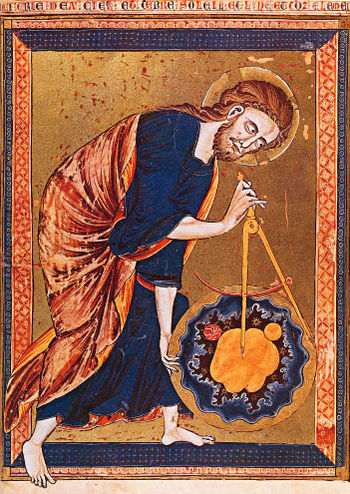 ...I have somewhat to say concerning the thing which our fathers call a ball, or director — or our fathers called it Liahona, which is, being interpreted, a compass; and the Lord prepared it (Alma 37:38).[2]

In every case, it is clear that, at least in Jacobean England, the word was regularly treated as meaning either a round object, or something which moved in a curved fashion. The Book of Mormon text uses a form of Jacobean English--and does not contain expressions that were introduced after 1700. This has implications for how we read the text. The critic treats something important as insignificant.

Further evidence of the archaic meaning of the word comes from a study of the rather lengthy listing for the word in the Oxford English Dictionary. It includes definition 5.b.:

"Anything circular in shape, e.g. the globe, the horizon; also, a circlet or ring."

If critics insist on reading this as a "mariner's compass," even this may not be as anachronistic as they have assumed

Naturally-occurring magnetic ore was being mined by the 7th century B.C., and its magnetic properties were first discussed by the early philosopher Thales of Miletos around 600 B.C.[4]

Non-LDS astronomer John Carlson reported finding a Olmec hematite artifact in Mesoamerica, which was radio-dated to 1600 to 1000 B.C. If Carlson is right, this usage "predates the Chinese discovery of the geomagnetic lodestone compass by more than a millennium."[5] Other researchers have suggested the metal is simply part of an ornament,[6] though Mesoamericanist Michael Coe has suggested the use of such ores as floating compasses.[7] Such examples demonstrate how a single find can radically alter what archaeology tells us is "impossible" with regard to the Book of Mormon text.

it is worth noting that the function of magnetic hematite was well understood in both the Old and New Worlds before Lehi left Jerusalem. Magnetite, or lodestone, is, of course, naturally magnetic iron (Fe3O4), and the word magnetite comes from the name of a place in which it was mined in Asia Minor by at least the seventh century B.C., namely Magnesia.[a] Parenthetically, Professor Michael Coe of Yale University, a top authority on ancient Mesoamerica, has suggested that the Olmecs of Veracruz, Mexico, were using magnetite compasses already in the second millennium B.C. This is based on Coe's discovery during excavations at San Lorenzo-Tenochtitlán of a magnetite "pointer" which appeared to have been "machined," and which Coe placed on a cork mat in a bowl of water in a successful test of its function as a true floater-compass.[b] The Olmecs (Jaredites?) of San Lorenzo and their relatives in the Oaxaca Valley were utilizing natural iron ore outcroppings by the Early Formative period (c. 1475-1125 B.C.), and at the end of the San Lorenzo phase and in the Nacaste phase (c. 1200-840 B.C.). Mirrors and other items were also fashioned from this native magnetite (and ilmenite).[8]

Robert L. Bunker, "The Design of the Liahona and the Purpose of the Second Spindle"

The Liahona was given by the Lord as a communications device for Lehi to determine the appropriate direction of travel. This device contained two pointers, only one of which was necessary to provide directional information. But the Liahona was more than just a simple compass in function, for it additionally required faith for correct operation. Since a single pointer always "points" in some direction, the additional pointer was necessary to indicate whether or not the first pointer could be relied upon. This proposed purpose for the second pointer conforms to a well-established engineering principle used in modern fault-tolerant computer systems called "voting," in which two identical process states are compared and declared correct if they are the same, and incorrect if they are different. Hence the second pointer, when coincident with the first, would indicate proper operation, and when orthogonal, would indicate nonoperation.