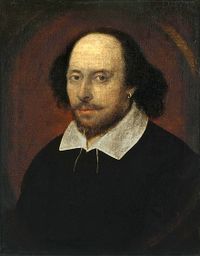 The prophet Lehi in the Book of Mormon told his sons to "[a]wake! and arise from the dust, and hear the words of a trembling parent, whose limbs ye must soon lay down in the cold and silent grave, from whence no traveler can return; a few more days and I go the way of all the earth."[1]

In Act 3, Scene 1 of William Shakespeare's Hamlet, Hamlet contemplates death and states "[t]hat patient merit of th' unworthy takes, when he himself might his quietus make with a bare bodkin? Who would fardels bear, to grunt and sweat under a weary life, but that the dread of something after death, the undiscovered country from whose bourn no traveler returns, puzzles the will and makes us rather bear those ills we have than fly to others that we know not of?"

This article seeks to refute this very common argument from critics.

Commonality of the Phrase

The phrase is contained within other works contemporary with Joseph Smith. The Book of Job in the Holy Bible contains similar ideas being expressed by the prophet Job. Lehi could have gotten his ideas from Job instead of Joseph Smith from Shakespeare. The argument then rests on an appeal to circular reasoning--believing that because a similar phrase exists between two works, the latter work must be dependent on the former for it's use. If a Latter-day Saint apologist can demonstrate that the existence of similar phraseology works within his/her own worldview, then the criticism's validity vanishes. Table 1 demonstrates the commonality of the phrase.

Thus if we have sources that pre-date Lehi's departure from Jerusalem such as Job from which he could have plausibly drawn from for his homily to his sons, how can one validly claim that the only potential source for the similar verbiage would be Joseph Smith plagiarizing Shakespeare?[3]

Other Ancient Literature That Has Conceptual Resemblance with Lehi 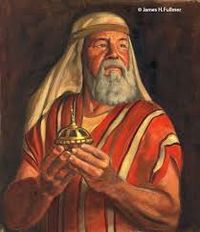 Figure 2. The Book of Mormon prophet Lehi holds the Liahona.

No passage in the Book of Mormon has been more often singled out for attack than Lehi's description of himself as one "whose limbs ye must soon lay down in the cold and silent grave, from whence no traveler can return" (2 Nephi 1:14). This passage has inspired scathing descriptions of the Book of Mormon as a mass of stolen quotations "from Shakespeare and other English poets." Lehi does not quote Hamlet directly, to be sure, for he does not talk of "that undiscovered country, from whose bourne no traveler returns," but simply speaks of "the cold and silent grave, from whence no traveler can return." In mentioning the grave, the eloquent old man cannot resist the inevitable "cold and silent" nor the equally inevitable tag about the traveler—a device that, with all respect to Shakespeare, Lehi's own contemporaries made constant use of. Long ago Friedrich Delitzsch wrote a classic work on ancient Oriental ideas about death and afterlife, and a fitting title of his book was Das Land ohne Heimkehr—"The Land of No Return." In the story of Ishtar's descent to the underworld, the lady goes to the irsit la tari, "the land of no return." She visits "the dark house from which no one ever comes out again" and travels along "the road on which there is no turning back." A recent study of Sumerian and Akkadian names for the world of the dead lists prominently "the hole, the earth, the land of no return, the path of no turning back, the road whose course never turns back, the distant land, etc." A recently discovered fragment speaks of the grave as "the house of Irkallu, where those who have come to it are without return. . . . A place whose dead are cast in the dust, in the direction of darkness . . . [going] to the place where they who came to it are without return."

This is a good deal closer to Lehi's language than Shakespeare is. The same sentiments are found in Egyptian literature, as in a popular song which tells how "the gods that were aforetime rest in their pyramids. . . . None cometh again from thence that he may tell of their state. . . . Lo, none may take his goods with him, and none that hath gone may come again." A literary text reports: "The mockers say, 'The house of the inhabitants of the Land of the West is deep and dark; it has no door and no window. . . . There the sun never rises but they lie forever in the dark.' "

Shakespeare should sue; but Lehi, a lover of poetic imagery and high-flown speech, can hardly be denied the luxury of speaking as he was supposed to speak. The ideas to which he here gives such familiar and conventional expression are actually not his own ideas about life after death—nor Nephi's nor Joseph Smith's, for that matter, but they are the ideas which any eloquent man of Lehi's day, with a sound literary education such as Lehi had, would be expected and required to use. And so the most popular and obvious charge of fraud against the Book of Mormon has backfired.[4]

Latter-day Saint scholar and apologist Robert F. Smith has written that "the constellation of ideas and expressions found there (and in parallel texts) were available throughout the ancient Near East in Lehi's own time.” For example, Smith cites the Sumerian account of the Descent of Inanna (written ca. 1900 BC - 1600 BC) in which it is written “[w]hy, pray, have you come to the ‘Land of No Return,’ / On the road whose traveler returns never, / How has your heart led you?” Smith draws on other Israelite, Canaanite, Egyptian, and Babylonian sources to show that both Lehi and Shakespeare are really drawing on ancient thought of the afterlife.[5]

Critics and detractors of the Church, assuming that that the Book of Mormon isn't divine prior to engaging with it, will likely not accept this rebuttal. However it has been clearly demonstrated that the existence of similar phraseology between the Book of Mormon and Shakespeare's Hamlet proves nothing threatening to a believing Latter-day Saint's worldview that includes belief in the Book of Mormon's historical authenticity and the integrity of its supposed translator.