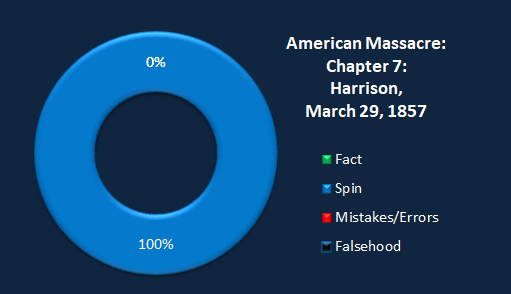 Response to claims made in American Massacre: The Tragedy at Mountain Meadows, "Chapter 7: Harrison, March 29, 1857"

Response to claim: 103 - The Fancher wagon train appeared to be "marked" from the time that they arrived at Salt Lake City

The author(s) of American Massacre make(s) the following claim:

The Fancher wagon train appeared to be "marked" from the time that they arrived at Salt Lake City.

Fact checking results: This claim contains propaganda - The author, or the author's source, is providing information or ideas in a slanted way in order to instill a particular attitude or response in the reader

There is no evidence of this - it is speculation on the part of the author and the author's source.