Question: How can a Latter-day Saint approach responding to criticism of the Church on biblical grounds?

Question: How can a Latter-day Saint approach responding to criticism of the Church on biblical grounds? 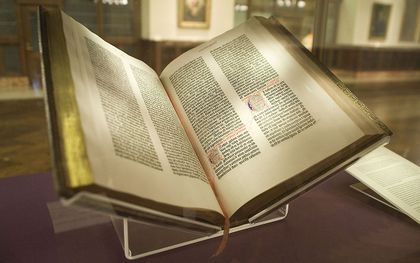 Since its inception, The Church of Jesus Christ of Latter-day Saints has been routinely criticized on the grounds that it is not Christian. That is, true to the beliefs and practices of early Christians as recorded in the Bible. As evidence of this assertion, members of other Christian denominations will point to scripture contained within the Holy Bible that seems to contradict the beliefs held officially by the Church.

Latter-day Saints are given the injunction to "earnestly contend for the faith that was once delivered to the Saints,"[1] "call upon [our enemies] to meet [us] both in public and in private,"[2] give "a reason for the hope that is within [us],"[3] and, for those who have received their temple endowment, to defend and sustain the Kingdom of God.

How can a Latter-day Saint approach responding to criticism like this? In this article, we aim to identify principles and procedures that Latter-day Saint defenders can follow in order to effectively respond to this type of criticism.

To answer this question, we will center our response around a particular belief of Latter-day Saints and identify how we, as apologists, have approached responding to that criticism. We have elected to use baptism for the dead as our example.

1. Identify the modern scriptures that make up Latter-day Saint belief

The first step that anyone should take when responding to this type of criticism is identify the modern revelation that makes up Latter-day Saint belief and practice.

Joseph Smith left clear revelation that the canonized scriptures should govern the Church.[4] This since they have been revealed by the Lord's duly appointed prophet (the only one authorized to receive revelation on behalf of the entire Church),[5] submitted to and approved by all members of the First Presidency and Quorum of the Twelve,[6] and submitted to the general body of the Church for ratification.[7] Scripture should be read contextually (that is, in the historical context of the people who would have first heard the revelation) and holistically (seeing everything scripture has to say on the topic at hand) to acquire accurate theological conceptions that members judge every person's doctrine against. This article explains in more detail how to read the scriptures. When one has read the relevant scriptures contextually and holistically, then they can have the most accurate theological conception that they can then use as a productive basis for providing response.

In the case of baptism for the dead, the revelations that we need to read and interpret carefully are Doctrine and Covenants 124 and 128.

2. Identify the ancient scripture that makes up Latter-day Saint belief and practice

Next, we should identify the ancient scriptures that make up Latter-day Saint belief and practice since these are usually the ones that our critics are going to try and use against us. In the case of baptism for the dead, the only scripture that touches on it explicitly is 1 Corinthians 15:29.

For steps 1 and 2, remember to gather all relevant scriptural data to inform your perspective about these practices. Scripture should be read contextually (as explained below) as well as holistically (seeing everything that it has to say on a given topic) in order to understand it correctly.[8]

Exegesis is an interpretation or explanation of scripture. Usually, when we’re speaking of exegesis, we are referring to a historical-grammatical method of exegesis. That is, trying to understand how the first hearers/readers of those scriptures understood the text. When we perform historical-grammatical exegesis, we are looking for the correct interpretation of scripture by assuming that something about the historical background of that scripture can tell us about how to interpret it.

The interpretation of a text is subject to the constraints added on by the three stages of a text's transmission:

The historical-grammatical method of exegesis helps us to try and get a more accurate understanding of the first two stages of transmission so that the interpretation made at the last stage of transmission can be best informed.

Latter-day Saints are admonished to seek to understand scripture in its original context. Scripture contains several admonitions to not wrest it.[9]

Do you read the Scriptures, my brethren and sisters, as though you were writing them a thousand, two thousand, or five thousand years ago? Do you read them as though you stood in the place of the men who wrote them? If you do not feel thus, it is your privilege to do so, that you may be as familiar with the spirit and meaning of the written word of God as you are with your daily walk and conversation, or as you are with your workmen or with your households. You may understand what the Prophets understood and thought—what they designed and planned to bring forth to their brethren for their good.” Journal of Discourses 7: 333

To perform historical grammatical exegesis, one should seek to establish four types of context for scripture: generical, historical, textual, and linguistic.

An example of this is the word “virtue” in the Bible

In Ruth 3:11 we read “And now, my daughter, fear not; I will do to thee all that thou requires: for all the city of my people doth know that thou art a virtuous woman.”

And in Proverbs 31:10 we read: "Who can find a virtuous woman? For her price is far above rubies. “

With these verses we might easily conclude that the King James translators were referring to virtue as we sometimes use it today which would be to be chaste. However, a confusing case arises in the New Testament. Luke 6:19 reads “And the whole multitude sought to touch him: for there went virtue out of him, and healed them all.” So, virtue left Jesus’ body after a woman touched him? Or is our definition of virtue perhaps different than that of the King James translators? The definition was closer to power than being chaste.

As we understand both the underlying Hebrew, Aramaic, or Greek term and the English term translated into our King James Version, the better we will be able to understand the scriptures as the ancients understood them and how we, today, are commanded to understand them.

For understanding the underlying Hebrew, Aramaic, and Greek, the author recommends either making an effort to learning those languages or using the features at netbible.org that allow readers to click on the tab that gives the original Greek or Hebrew text, hover over the text to see the word that was translated, and then use the pop-up dictionaries. For understanding confusing King Jamesian English, the author recommends using the resources found at kingjamesbibledictionary.com.

As a shortcut to doing their own exegesis, members might simply consult any one of the literally hundreds of scholarly commentaries that have been produced exegeting different books of the New and Old Testament. That is exactly what FAIR did in its article on proving ancient roots for baptism for the dead: collect the written statements of a host of biblical scholars that support Joseph Smith’s interpretation of 1 Corinthians 15:29 and the practice he established based off of that interpretation (and the revelation he received from God) to reinaugurate it in this dispensation.

An example of great exegesis done on 1 Corinthians 15:29 was done by Latter-day Saint scholar Kevin Barney. Readers might follow his example in responding to criticism from the Bible.[10]

4. Seek out other scriptures that your opponent might use in order to strengthen their argument for their particular belief and address those as well

A criticism about our beliefs is often not built on a single scripture but multiple. It is important that we try and respond to all of our opponent's scriptural data/arguments in order to make our own belief as strong as possible. Thus, one should seek out those scriptures (or ask for them from your interlocutor) and perform their own exegesis on them in order to weaken arguments.

5. Organize your findings and send it to FAIR!

We would hope that many people would be involved in responding to criticism of the Church from the bible. We want to refine our efforts in defending the Church, increase in understanding of Church doctrine and the revelations of God, and ultimately help others in strengthening their testimonies.

FAIR has collected many responses to biblical criticism on its various pages. However, we hope that others would suggest refinements to those pages or, if there is new criticism, write about it and send it to us so that we can post it here on our website in our efforts to defend the Gospel.

FAIR may have some editorial suggestions for your article about which we will communicate.

It is the author’s hope that this article will serve as a decent guide to those wishing to help others and defend the kingdom of God.

More helpful insights about this topic will surely become evident as one engages in the apologetic process here. It is the author’s prayer that those searching for those insights will do so with a patient, humble, and soft heart engaged in prayer always.