Question: If the gold plates were originally in Mesoamerica, how did they get to New York?

Question: If the gold plates were originally in Mesoamerica, how did they get to New York?

The answer to this question is not known, but informed speculation demonstrates that this poses no difficulty

At the end of his record Moroni tells us that "more than four hundred and twenty years have passed away since the sign was given of the coming of Christ" (Moroni 10:1). This means that Moroni wandered for 36 years after the destruction of his people (421 – 385 = 36). This was more than enough time for him to travel a wandering course by foot from Mesoamerica to New England. And it makes sense that he would travel far, as he wanted to get as far as possible from the Lamanites.

Years ago, John Sorenson noted that such distances pose no difficulty whatever:

Would Moroni have been able to survive a trip of several thousand miles through strange peoples and lands, if he did transport the record? Such a journey would be no more surprising than the trip by Lehi's party over land and by sea halfway around the globe. As a matter of fact, we do have a striking case of a trip much like the one Moroni may have made. In the mid-sixteenth century, David Ingram, a shipwrecked English sailor, walked in 11 months through completely strange Indian territory from Tampico, Mexico, to the St. John River, at the present border between Maine and Canada. His remarkable journey would have been about the same distance as Moroni's and over essentially the same route. So Moroni's getting the plates to New York even under his own power [in 36 years] seems feasible.[1]

Google Maps has the journey from the Tuxtla Mountain Range in south Veracruz Mexico to Manchester, NY taking 850 hours which is equivalent to about 35 days of non-stop walking. 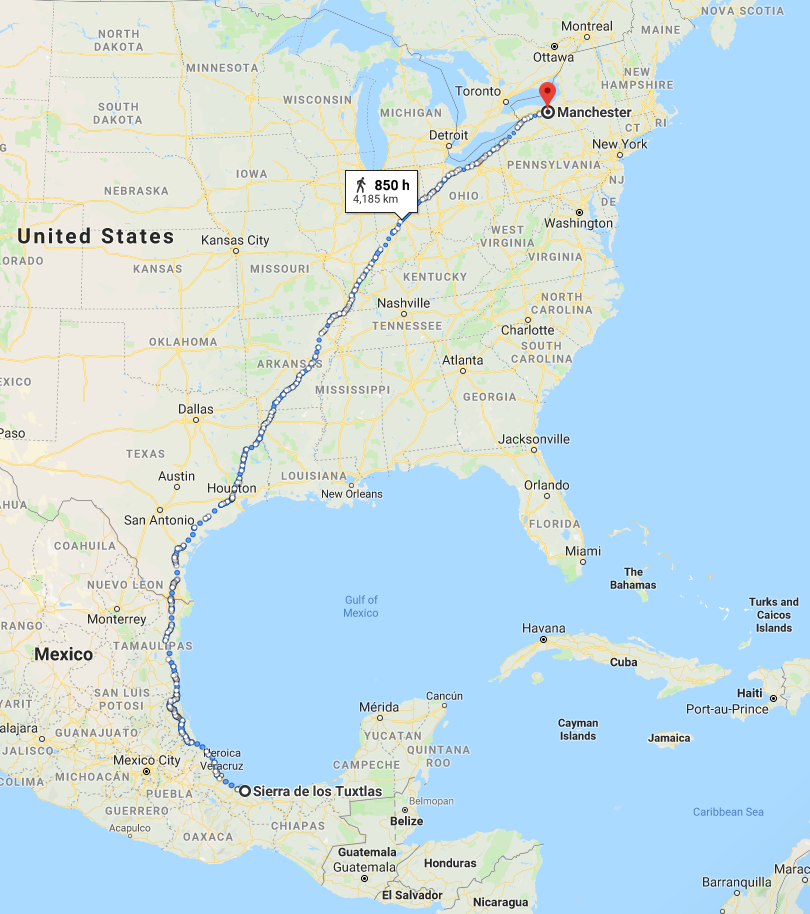