(Redirected from Question: Was the priest depicted in Facsimile 1 holding a knife or some other object?)

Many Latter-day Saint scholars believe that the scroll was damaged after Joseph translated the vignette and some evidence seems to support this view. One early Latter-day Saint who saw the papyri in 1841, for instance, described them as containing the scene of an altar with "'a man bound and laid thereon, and a Priest with a knife in his hand, standing at the foot, with a dove over the person bound on the Altar with several Idol gods standing around it.'"[1] Similarly, Reverend Henry Caswall, who visited Nauvoo in April 1842, had a chance to see some of the Egyptian papyri. Caswall, who was hostile to the Saints, described Facsimile 1 as having a "'man standing by him with a drawn knife.'"[2] 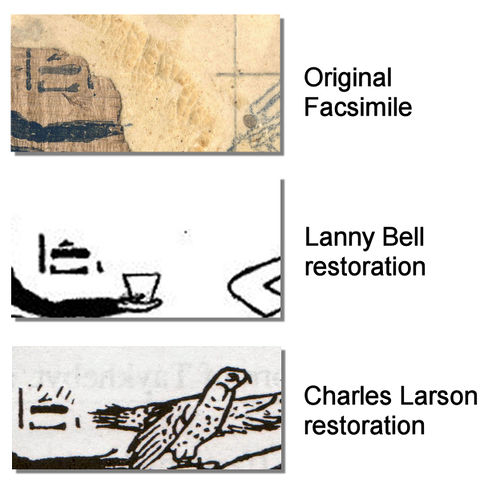