Question: What evidence can The Church of Jesus Christ of Latter-day Saints give for their possession of God's priesthood?

Question: What evidence can The Church of Jesus Christ of Latter-day Saints give for their possession of God’s priesthood?

Members of The Church of Jesus Christ of Latter-day Saints believe that they alone hold special authorization from God to perform ordinances on behalf of individuals that are necessary for exaltation. This authorization is known as the priesthood. It is on the basis of their possession of this unique authority that Latter-day Saints claim to be “the only living church upon the face of the whole earth[.]”[1]

This claim to priesthood is controversial for what may be obvious reasons. If evidence or proof can be given to show that Latter-day Saints do not possess this special authorization, then their claim to being the only true church is either weakened or dismissed entirely.

This article will explore what evidence members of The Church of Jesus Christ of Latter-day Saints might give in order to support their claims to divine authorization.

There should be one important initial consideration before we approach our brief presentation of evidence supporting our possession of the priesthood and that is that Latter-day Saints do not believe that the God of other religions exists. Latter-day Saints do believe that God has revealed truths relevant to salvation and exaltation to all religions. The prophet Alma in the Book of Mormon states that “the Lord doth agrant unto ball nations, of their own nation and ctongue, to teach his word, yea, in wisdom, all that he dseeth fit that they should have; therefore we see that the Lord doth counsel in wisdom, according to that which is just and true.”[2] The Prophet Nephi in the Book of Mormon claims that other religious groups’ sacred texts would, in some way or another, inspired by God.[3] Indeed, Latter-day Saints “believe that religion is instituted of God[.]”[4]

This information will be important to draw upon moving forward in our presentation and examination.

Their are four basic groups that Latter-day Saints need to establish their claims to authority against:

This article will explore each one in individually.

Non-Abrahamic Religions are those religions that do not find their origins going back to the Abrahamic Covenant recorded in the Old Testament. These would be faiths like Hinduism, Buddhism, Taoism, Jainism, Baha'i, Shintoism, and Confucianism.

None of these religions claim to have any sort of special authorization from God to perform ordinances necessary for exaltation. The closest analogue might be the Brahamanaspati of Hinduism.

As Roger R. Keller explains it:

One final god derived from the Aryans is Brahmanaspati, who is the god who knows how to influence the other gods, or is the power in prayer which moves the gods. People who know how to control Brahamanaspati have tremendous power—the power that the Brahmins, the priests, are believed to hold. For this reason, the priests stand atop the social structure known as the caste system. While there may be many persons with power in the temporal realm that can kill and destroy, only the priests have the power to influence the gods. They have cosmic power through Brahmanaspati.[5]

But, there is an important difference. Keller continues:

A parallel to Brahmanaspati in Latter-day Saint thought could be priesthood power. Through it we can draw on the very power that God himself uses. However, rather than influencing God, as do the Brahmins, priesthood is used to bring God’s power and influence to earth and to people.[6]

Latter-day Saint Lee A. Palmer conducted a study of how the office of High Priest was passed from Abraham down through John the Baptist and shortly beyond. The chart that he prepared to illustrate this will be included in Appendix 1 of this article.

Islam and Protestantism do not claim any sort of unique authority so they do not need to be further examined.

Judaism makes a claim to the Abrahamic Covenant and being God’s people. All we need to do here is show that Judaism made a claim to priesthood authority, that that authority was passed down via successive ordination, and that that priesthood was validly possessed by Jesus of Nazareth so he could pass that to his apostles. Then we just deal with the Catholics and Eastern Orthodox to finish out our very brief examination of Abrahamic Religions.

Catholic and Eastern Orthodox Christianity make a claim that their priesthood authority has been passed down in unbroken lines of successive ordination since the time of the first apostles. A part of Latter-day Saint belief is the idea of a Great Apostasy. An apostasy is, most properly defined, a rebellion.[9] It is a rebellion against God and the truths that he teaches. The evidence given for the apostasy have changed a lot in Latter-day Saint religious consciousness over the years. Those narratives have been deconstructed.[10] BYU professors Nick Frederick and Joseph M. Spencer have reconstructed an apostasy narrative for Latter-day Saints.[11] In a future article, they will give evidence to support the narrative they've constructed and it will be added here of a great. If the great apostasy is true and the true priesthood authority was taken away from the earth (including from the above faiths), then we can validly have a time where that priesthood authority needed to be restored to the earth as claimed by Joseph Smith.

Joseph Smith organized and established (what would eventually be named) The Church of Jesus Christ of Latter-day Saints on April 6, 1830. He built up the church for 14 years until his death in June 1844. At that time, there were many people who claimed to be the rightful successor of Joseph Smith as President of the Church. Among these were Sidney Rigdon, James Strang, David Whitmer, and Brigham Young. This episode is known as the Succession Crisis among members and Church historians.[12]

The Church of Jesus Christ of Latter-day Saints, the largest of these offshoots in terms of members today, claims that Brigham Young was the rightful successor of Joseph Smith to the presidency.

Even after Brigham Young took office, there have been many others who have claimed that the Church has lost its priesthood authority and have started other groups that do claim to have that authority.

We’ve outlined all of these principles in another article on this wiki. Readers are encouraged to review it.

Main article: Question: What are the standards for prophetic succession in The Church of Jesus Christ of Latter-day Saints?

The last group that we need to establish our claim against are other future random claimants of priesthood authority. Who’s to say that someone won’t claim that God has visited them and granted them a unique authority heretofore never known among the inhabitants of the earth and say that that gives them authorization to perform sacred ordinances necessary for exaltation?

The first point that we might make is that it is unlikely that someone will claim this authority since Latter-day Saints and other groups have already made their claims to it and it will be suspect if they seem to be imitating a claim made by others. They would also want to provide some sort of concrete evidence that they do hold this authority similar to how, say, Joseph Smith did by claiming to translate an ancient record by the gift and power of God. In that case, those interested in weakening that claim to divine authority will want to examine the book and other evidence provided and find weaknesses in those claims. Having to create that type of evidence will be a daunting task for the creator of this new religion which may, like the claim others make to divine authority, disincentivize or outright deter him/her from making the claim in the first place.

The Historicity of Scripture and the Witness of the Spirit

One of the best evidences for the Latter-day Saint possession of priesthood authority is the ancient and historical authenticity of Restoration Scripture. Latter-day Saint scholars have been making a well-reasoned, well-documented case for the authenticity of Restoration Scripture for many years and readers are encouraged to become acquainted with this evidence.[13]

Ultimately the best evidence of the Latter-day Saint possession of the priesthood is the witness of the Holy Spirit to the human heart. All are invited to ask God, in the name of Christ, if The Church of Jesus Christ of Latter-day Saints is true.[14]

As can be seen Latter-day Saints can make a persuasive case for the reality of the priesthood and the reception of that priesthood authority under their auspices today. 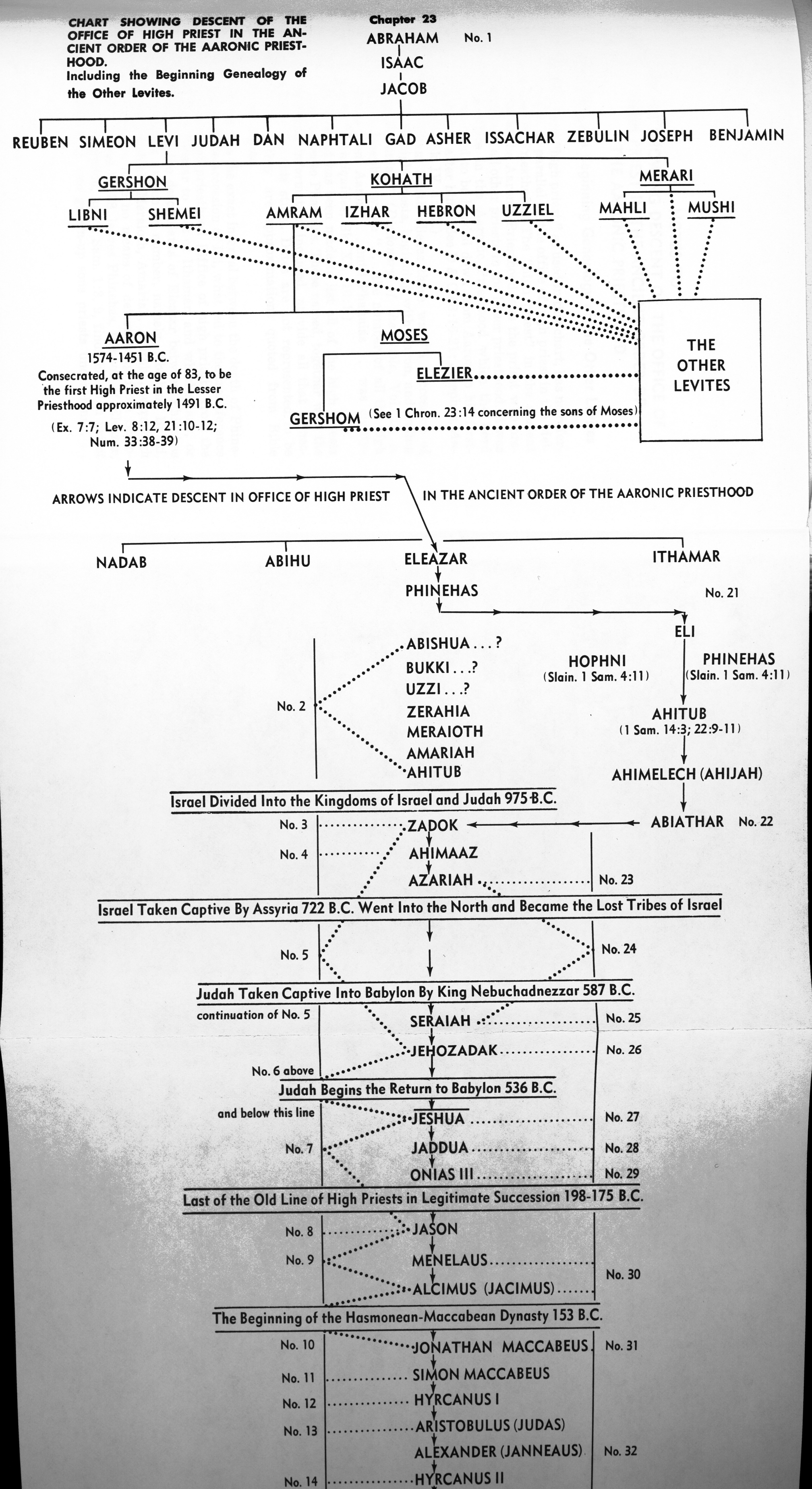 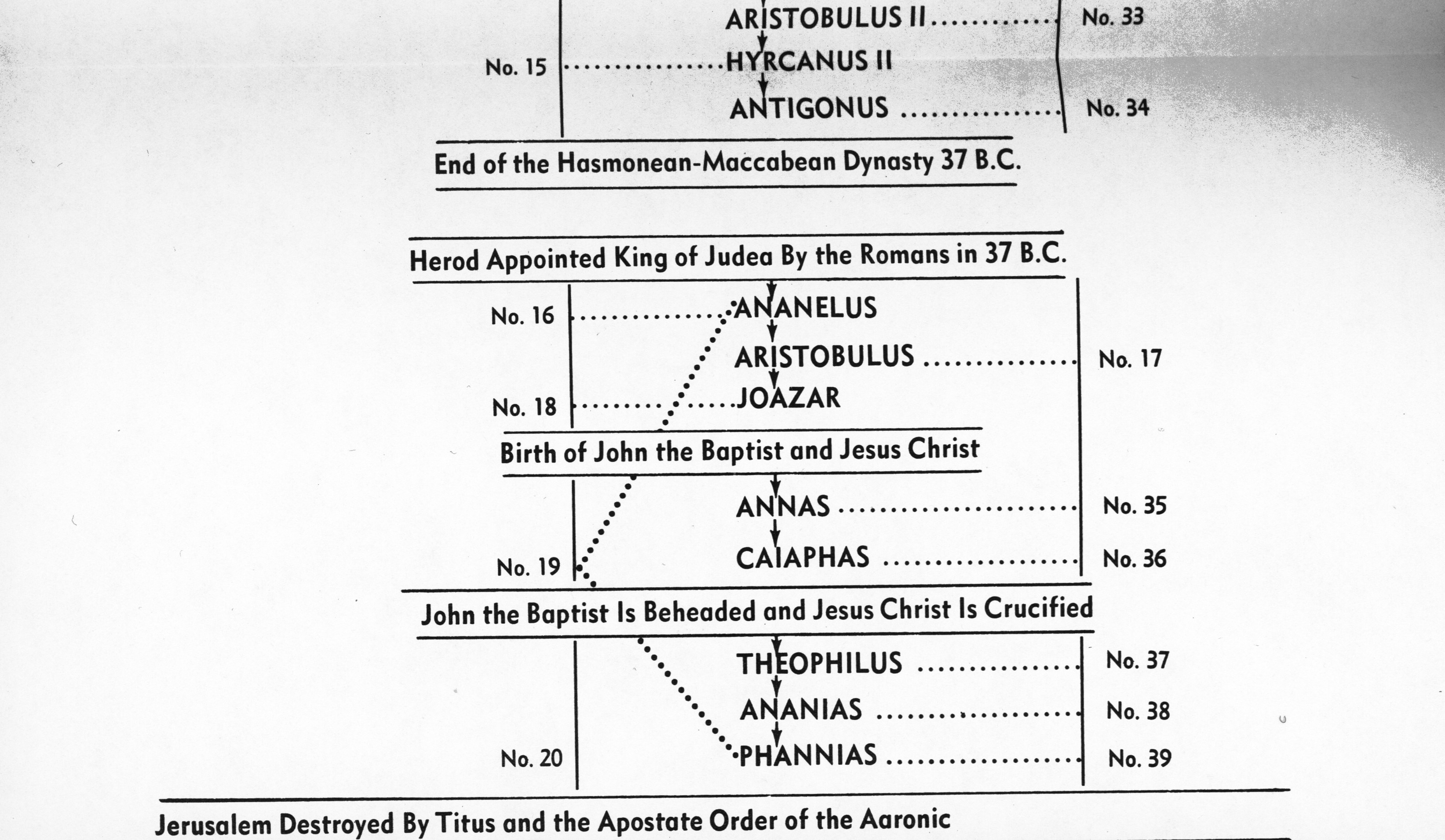