Question: What happened to the stone box in which gold plates were deposited?

Question: What happened to the stone box in which gold plates were deposited?

David Whitmer reported seeing the stone box three times, but that it had broken apart and been destroyed

It was reported that David Whitmer had "seen the casket that contained the tablets and seerstone," and that over time "the casket has been washed down to the foot of the hill."[1]

In the years after Joseph Smith reporting recovering the gold plates from "Mormon Hill," treasure seekers dug up the hill in an attempt to locate additional treasure. 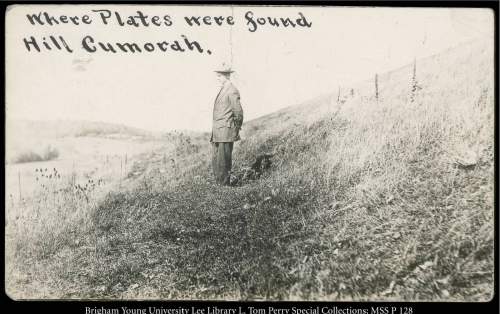 There were many holes dug in the Hill Cumorah by treasure seekers after Joseph obtained the plates. Full size image may be viewed here: http://contentdm.lib.byu.edu/cdm/fullbrowser/collection/GEA/id/11495/rv/singleitem