Question: What is the Book of Mormon "printer's manuscript" and why is it entirely in the handwriting of Oliver Cowdery?

Question: What is the Book of Mormon "printer's manuscript" and why is it entirely in the handwriting of Oliver Cowdery?

The printer's manuscript was copied from the original manuscript by Oliver Cowdery, including the witness statements

Critics of the Church also fail to note that David Whitmer, in fact, made a point of affirming that his testimony was true just as it was printed in the Book of Mormon. 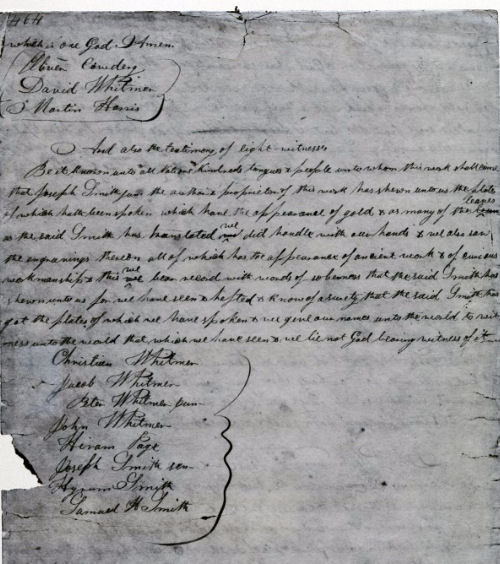 Witness signature page from the Printer's Manuscript. This was a copy of the original manuscript made by Oliver Cowdery in order to take pages to the printer without the risk of losing the original pages. These signatures appeared at the back of the 1830 Book of Mormon rather than the front as they do in modern editions. Images of this item © Community of Christ and licensed to the Joseph Smith Papers Project. off-site (Interim content - may be removed in the future)