Photo of James J. Strang, 1856, taken just before his death by one of those who plotted his murder.

James Jesse Strang was a Latter-day Saint leader in Nauvoo who established a breakaway Mormon sect after the murder of Joseph Smith, Jr.

After Joseph Smith was murdered, there were several claimants to his role as leader and prophet of The Church of Jesus Christ of Latter-day Saints (see Succession in the Presidency of the Church). One of these was James Strang, a recent convert to the church. Several prominent families, including many members of Joseph's family accepted Strang's claims, which were based on a letter which Strang said Joseph had written appointing him as President of the church should Joseph Smith be killed. Along with the letter, Strang claimed that an angel had ordained him to the office of prophet immediately following Joseph's death.

Strang's group is formally called the Church of Jesus Christ of Latter Day Saints (no hyphen, different capitalization) but Strang's church and his followers are commonly called "Strangites."

Strang and his associates settled for several years on Beaver Island in Lake Michigan, where he was pronounced king. Strang, who was an almost pathological overachiever, was also a lawyer, land developer, news correspondent for the New York Tribune, and a scientist for the Smithsonian Institution.

Strang was killed in 1856 by some of his disaffected followers at Beaver Island. Following his death his movement started to disband. Today there are less than 500 Strangite members, living mostly in Michigan and Wisconsin.

Strang's claimed letter of appointment has received a lot of attention from scholars for obvious reasons. There are a few things in dispute about the document. The first is that the wording of the document is somewhat ambiguous. The document seems to only appoint Strang as the president of the newly created Voree Stake in Wisconsin. Strang's son Charles Strang was among those who believed this.[1] Another thing is that the letter is purportedly from Joseph Smith but the document is written in all capitals--uncharacteristic of Joseph's handwriting. Though Joseph Smith likely would have used letter-writing services like scriveners being in a position of leadership in the Church, and outside authorities do not dispute the authenticity of the wording of the document as characteristic of Joseph's education and style.[2] The last thing in dispute of its authenticity is Joseph Smith's signature at the end of it. The difficulty there is that even if the signature were not penned by Joseph, it would not inherently cast doubt on the authenticity of the document since he frequently allowed others to sign for him and it is therefore difficult to know which signature is. The strongest point against the document is therefore its ambiguity. 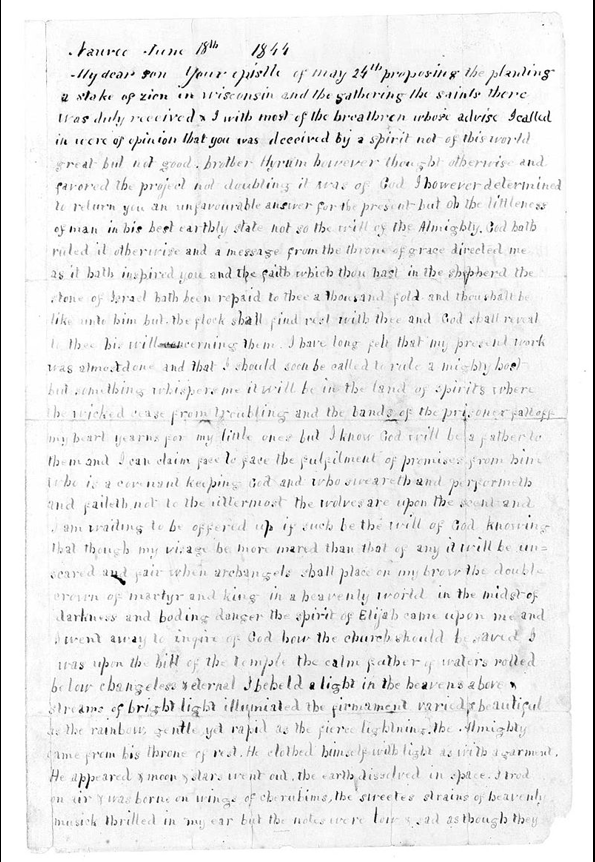 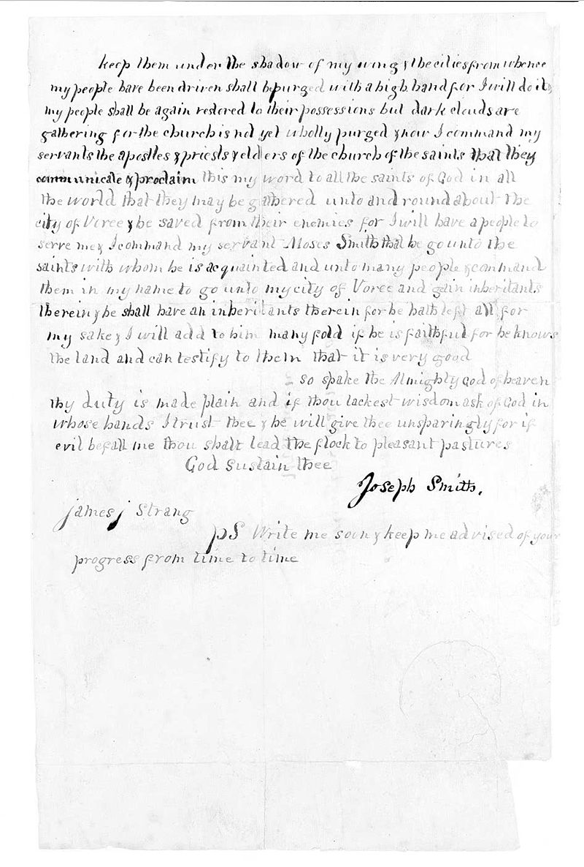 How does he compare to Joseph Smith?

Many have wondered how James Strang might be different from Joseph Smith. There are several ways in which they differ and it is important to know these differences, for "by their fruits ye shall know them" (Matthew 7:20) and the differences can tell us more about the intentions of each person involved in the succession crisis. 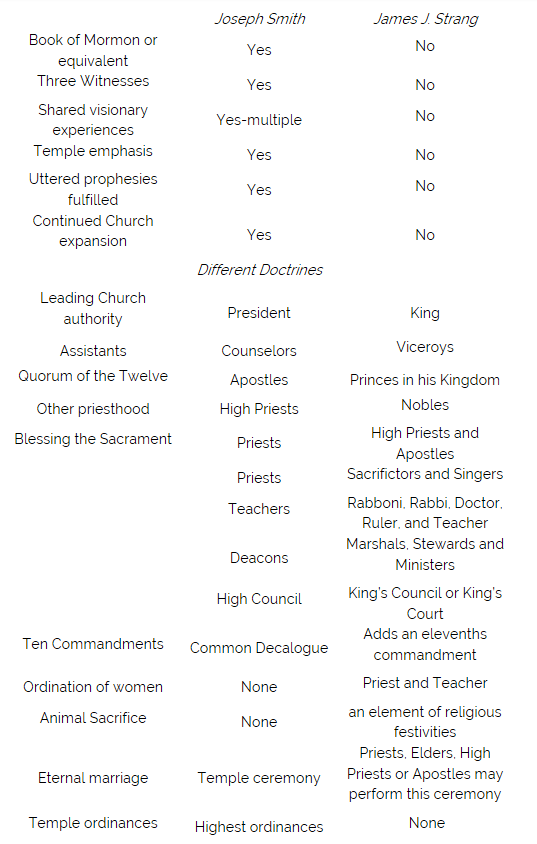