In June 1829, Joseph Smith was residing at the home of Peter Whitmer Snr. in Fayette, New York. Three of Peter’s sons, David, Peter Jnr., and John Whitmer, had gained testimonies of the truthfulness of the restored gospel and had subsequently been baptised.[1] Convinced of Joseph Smith’s prophetic calling the three men then sought from Joseph the mind of the Lord regarding what they should do to help with the restoration.[2] Sections 14-16 are the resulting revelations.

Although brief, the three revelations indicate the monumental nature of missionary work and that the time for proclaiming the gospel was at hand. “…the field is white already to harvest,” the Lord declared to David Whitmer, “therefore, whoso desireth to reap let him thrust in his sickle with his might, and reap while the day lasts, that he may treasure up for his soul everlasting salvation in the kingdom of God.”[3] This final dispensation was to be one where the gospel of Jesus Christ, being restored to the earth, needed to be preached throughout the earth.

These revelations came at a time when the Book of Mormon was still being worked on and preparations for its publication were underway. There was awareness amongst Joseph and those close to him that a church was to be formed, but the governance and polity of such an institution was still undetermined. That information was to come over the following months.[4]

The Doctrine and Covenants contains some of the most profound and informative scripture for prospective and current full-time missionaries, but it also has relevance for member-missionaries. Of the three brothers only Peter served as a full-time missionary and he died active in the faith in 1836. Nonetheless, all of the men bore and maintained their testimonies of the Book of Mormon until their deaths which have subsequently been read by millions across the world.

I was first introduced to The Church of Jesus Christ of Latter-day Saints in the late 1990s. Two full-time missionaries, both from Utah, spent many months visiting my family in our small flat in a town on the South West coast of England. These two young men, far from their homes, were fulfilling a multi-generational endeavour to proclaim the gospel – the “good news” that Jesus Christ lived, died, and had risen again. 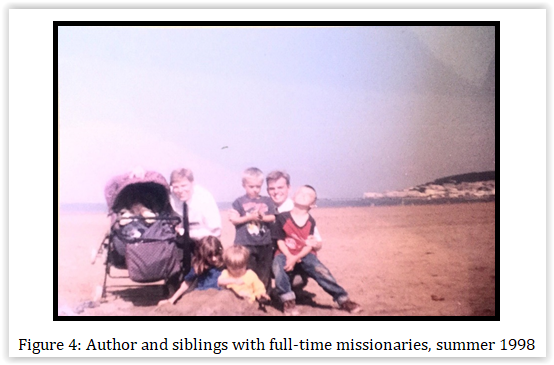 For various reasons my family was not persuaded by the gospel message and after a year they were not sufficiently interested to continue investigating the Church. Despite stopping our participation in the Church, the missionaries’ sincerity, humility, and the Spirit they brought into our home earned them a place in our collective family memory.

Yet their efforts were not in vain and some eight years later I was baptised. By then those missionaries had long since returned home and moved on with their lives, unaware that the seed they had planted had ultimately yielded fruit.

The revelations received in June 1829 for Peter and John indicated that the act of preaching repentance and bringing souls unto Christ was also “the thing which will be of the most worth unto you.” In the process of giving, those who share the gospel and work towards bringing others unto Christ also receive.

The Great Commission that the resurrected Christ proclaimed was to take the gospel message to the whole world. The Apostles were commissioned to “Go ye therefore, and teach all nations, baptizing them in the name of the Father, and of the Son, and of the Holy Ghost (Matthew 28:19).” Both anciently and in the current dispensation one of the defining elements of being a Christian is to stand as a witness of Christ and to share the gospel with others.

Almost a century ago Elder Melvin J. Ballard gave an address in a Stake Conference regarding what he would be prepared to do to proclaim the gospel of Jesus Christ:

“The thirteen years that I have had the privilege of labouring in the missionary in bringing souls to Christ is worth more to me than all the wealth of the world. I go again in response to this call that has come, because of the knowledge I have of the value of human souls. I would walk to the ends of the earth if it would bring but one soul to Him.”[5]

Men and women throughout history have sought to proclaim this news and have made extraordinary sacrifices to do so. The process of declaring repentance to bring souls unto Christ requires an individual to expose certain vulnerabilities, which includes expressing deeply personal thoughts, feelings, and beliefs. This act of courage places an individual open to ridicule, persecution, or rejection that can be discouraging to experience. By participating in these actions, however, our spirits can be buoyed by Christ and in the face of opposition individuals can come closer to Him.

Each of us are invited to participate in the work of bringing souls to Christ. Throughout Church History there have been a range of official mission types that have been fulfilled. These missions, although at times varying in duties, ultimately seek to further the work of the Lord and to lead more of Heavenly Father’s children back to Him through Faith, Repentance, Baptism, receiving the Gift of the Holy Ghost, and Enduring to the End. The lessons learnt on a mission can have a powerful and lasting impact on the life of a believer. 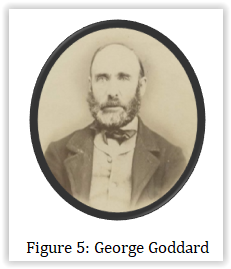 George Goddard was a native of England who joined the Church and emigrated to Utah in the 1850s. In 1861 he was called as a missionary to the Wasatch front and was given the assignment of travelling from settlement to settlement collecting rags which could be reused as paper. Initially George saw his call as a “humiliating prospect” as he sought to drum up donations.[6] For three years he laboured as a rag missionary travelling from Franklin, Idaho, in the north to Sanpete, Utah in the south. Eventually, however, he came to recognise the importance of his mission and the effect that it had on him:

“It was my duty as a servant of God to obey, and as such I undertook it, to assist in laying the foundation of an important home enterprise… No person could have been more abundantly blessed of the Lord than I was during the three years I was thus engaged. The Spirit of the Lord made me cheerful and happy, and the feeling of humiliation was removed.”

During his mission it was estimated that George collected more than 100,000 pounds of rags for the paper mills to use to produce paper, which was badly needed. But while serving as a rag missionary George would also find opportunities to preach and give talks in meetings. These “rag sermons” were a means for him to bear his testimony to the Saints:

“I can truly say that the Lord inspired me with His Holy Spirit to deliver rag sermons, as much as if I was preaching upon… any other principle of the gospel… [Jesus] descended below all things that He might be exalted above all things. And he that humbleth himself shall be exalted.”[7]

Regardless of our situation or position it is possible to speak of Christ and to teach of Christ and in so doing help bring souls to Him.

Whether we have a formal call as a missionary or if we are seeking to cry repentance as we go about our daily tasks, we can find ways to participate. A critical element, however, in the success of our efforts is our attitude. In 1937, British Mission President Joseph J. Cannon addressed the British youth on this subject:

“Let us be realistic. Bringing souls to Christ is not done by idle wishing, but by earnest, intelligent, prayerful, unceasing work. If we start in others the fire of faith our own spirits must be inflammable. Without zeal we cannot carry the torch.”[8]

David, Peter, Jnr., and Martin Whitmer and millions of other Latter-day Saints have had the opportunity to share their witness of the Book of Mormon even when others have rejected or discounted them.

The cultivation and maintenance of this enthusiasm comes from study and the implementation of gospel principles in a person’s daily life. Idly wishing for your local congregation to grow or family members to return to the faith is unlikely to happen unless it is matched with “earnest, intelligent, prayerful, unceasing work.” Even then we need to recognise that each person has their agency and that not all things work according to our timetable.

As I can see in my own life it can take time for a seed to germinate and grow. Those missionaries serving in my hometown in 1998 had no idea that I had later joined the Church. It wasn’t until ten years later, in the summer of 2008 that I was able to re-establish contact with one of those missionaries that had originally taught me and explain how their efforts had played a role in my decision to accept Christ, join the Church, and to serve a mission. I still have the now scruffy blue missionary copy of the Book of Mormon with my childish questions and notes in the margins and the missionary’s testimonies in the back. It was read over and over as I sought to determine whether it was true and if Jesus Christ was the Saviour of mankind.

The witnesses offered by David, Peter Jnr., Martin Whitmer, and others as recorded in the Book of Mormon assisted me in the process of learning about the Restoration. They, with the help of some young full-time missionaries and local members, were able to testify of precious truths which I was able to learn and accept in my own life. Together, this almost 200-year line of witnesses of the Book of Mormon and of Jesus Christ has truly helped to bring about God’s “righteous purposes” on the earth today.

You too can play a part in these efforts and find immense joy in this “great and marvelous work.” Each seed we plant has the opportunity to sprout and to one day result in the entering of a soul onto the covenant path. What great joy we will behold when we are once again reunited with those we have helped to find Christ.

[6] I am grateful for my friend and colleague Jill Morgan who has previously researched and written about George Goddard. 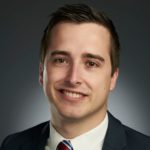 James Perry is a historian and writer for Saints: The Story of the Church of Jesus Christ in the Latter Days. He holds a recently minted PhD in history from Lancaster University. James has published articles concerning European Latter-day Saints in several scholarly journals including the Journal of Mormon History and Mormon Historical Studies. Until moving to the United States of America, he served as a Europe Area Church History Specialist with an assignment for the United Kingdom. He currently lives in West Bountiful, Utah, with his wife and two daughters.