The Ongoing Restoration of the Sacrament

Among the many ordinances of the Church of Jesus Christ of Latter-day Saints, none are practiced more regularly than is the weekly partaking of the Sacrament, or Sacrament of the Lord’s Supper. Considering the regularity with which people take the Sacrament, the historic origins, as well as the symbolic and scriptural principles at the heart of this ordinance, are some of the least understood by Latter-day Saints generally. Additionally, the Sacrament ordinance is a prime example of how the restoration of all things is an ongoing part of the faith, rooted deeply in the Atonement of Jesus Christ and Heavenly Father’s Plan of Salvation. Reviewing the ancestral history, or iterations of the unifying sacraments of the past, up to current practices, help demonstrate how culture and eternal doctrine harmonize to teach the central role of Jesus Christ in the work of salvation.

Jewish tradition adopted sacramental symbolism within the Passover feasts. The Passover feast was performed in remembrance of the Children of Israel being saved in ancient Egypt. For those that followed the Prophet Moses’ council to paint the doorpost of their house with the blood of the lamb, the angel of death would pass over the inhabitants of their home. In gratitude and remembrance of God’s grace and mercy, this feast would honor and acknowledge Jehovah’s divine power to save.

Elder Jeffrey R. Holland emphasized this connection between the modern sacrament and the Passover when he stated, “every ordinance of the gospel focuses in one way or another on the atonement of the Lord Jesus Christ, and surely that is why [the sacrament] ordinance with all its symbolism and imagery comes to us more readily and more repeatedly than any other in our life. It comes in what has been called “the most sacred, the most holy, of all the meetings of the Church” (Joseph Fielding Smith, Doctrines of Salvation, comp. Bruce R. McConkie, 3 vols., Salt Lake City: Bookcraft, 1954–56, 2:340). Perhaps we do not always attach that kind of meaning to our weekly sacramental service. How “sacred” and how “holy” is it? Do we see it as our Passover, remembrance of our safety and deliverance and redemption? With so very much at stake, this ordinance commemorating our escape from the angel of darkness should be taken more seriously than it sometimes is. It should be a powerful, reverent, reflective moment. It should encourage spiritual feelings and impressions. As such it should not be rushed. It is not something to “get over” so that the real purpose of a sacrament meeting can be pursued. This is the real purpose of the meeting. And everything that is said or sung or prayed in those services should be consistent with the grandeur of this sacred ordinance.”[1]

The ceremonial offerings in the tabernacle of the ancient Children of Israel included the partaking of 12 loaves of shewbread (or showbread). This bread represented the unity of 12 tribes in recognizing Jehovah as the giver of life, and to whom they were offering thanksgiving. The internalizing of shared food is a representation of the shared and universal recognition of the manna from heaven that gives life and sustenance. It is partially in this context that Jesus, during His mortal ministry, would refer to himself as the Bread of Life.[2] Additionally, animal sacrifices were performed where the blood of the sacrificial lamb was shed, “For the life of the flesh is in the blood: and I have given it to you upon the altar to make an atonement for your souls: for it is the blood that maketh an atonement for the soul.”[3] The symbolism of both the bread and the blood of the sacrifice points to Jehovah–the promised Savior, and as the giver of life and Atonement. It was Jehovah of the Old Testament, named Jesus Christ during mortality, that would have his flesh broken, and His blood was shed as Atonement for the sins and life of all of Heavenly Father’s children. Thus this ordinance in the tabernacle foreshadowed Jesus’s mortal mission and ministry.

Near the end of His mortal ministry, Jesus blessed and broke bread. He then passed it to those in attendance. He told them that this was done in remembrance of his body. He then followed up by blessing and passing of wine—partaking of it as a group. This partaking of the bread and wine would constitute the first administration of the Sacrament of the Lord’s Supper in this form. To the Book of Mormon people following His resurrection, Jesus instituted the Sacrament, also with bread and wine as the symbols of his now resurrected body and shed blood.

Before the organization of the Restored Church in April 1830, other faiths practiced some form of what Latter-day Saints refer to as the Sacrament. In section 20 of the Doctrine and Covenants, the early Saints were instructed, “that the church meet together often to partake of bread and wine in the remembrance of the Lord Jesus.” Approximately four months after the organization of the Church, while on his way to purchase wine for the sacrament, Joseph Smith was met by an unnamed heavenly messenger. The meeting and subsequent revelation initiated the following principle, “Listen to the voice of Jesus Christ, your Lord, your God, and your Redeemer, whose word is quick and powerful. For, behold, I say unto you, that it mattereth not what ye shall eat or what ye shall drink when ye partake of the sacrament, if it so be that ye do it with an eye single to my glory—remembering unto the Father my body which was laid down for you, and my blood which was shed for the remission of your sins.” These verses echo the principles taught from the time of the tabernacle of the Old Testament, and at the last supper–namely that Jesus Christ is our universal Savior.

In August 1831 a revelation to the Saints on how to keep the Sabbath day holy instructed them as follows: “And that thou mayest more fully keep thyself unspotted from the world, thou shalt go to the house of prayer and offer up thy sacraments upon my holy day; For verily this is a day appointed unto you to rest from your labors, and to pay thy devotions unto the Most High.” This revelation would institute a more weekly and regular partaking of the sacrament as well as set the foundation upon which the culture and practices would develop over time. This revelation was part of an ongoing effort to help the Saints more fully come to appreciate the importance of, and the central role of the Savior in their lives.

These sacrament-centered meetings took place in meeting houses, or in meetings that would take place at homes. Over time, and in accordance with the principles taught in D&C 27:1-2, water started to replace wine as the sacramental representation of the atoning blood. Into the early 1900s, there was a mixed-use of water or wine. While some have speculated if the use of water over wine is due to the cost and availability of water, or if the increased importance of the Word of Wisdom as a matter of individual worthiness is the reason, we can speculate. However, such speculation does advance the teachings of D&C 27:1-2 that such influences are secondary to ensuring the centrality of Jesus Christ in the ordinance. Nevertheless, the practice of using water for the sacrament was officially adopted in 1912. It was also around this time that the use of a “public” cup or single shared cup for the entire congregation was also stopped. During an era of COVID regulations, many are likely to appreciate the practical health considerations influencing that policy decision.

The evolution from Passover feast and tabernacle sacrifice, to the Sacrament of the Lord’s Supper of the New Testament times, on to what we practice today, shows that the principles of Doctrine and Covenants 27:1-2 remain. The adjustments to practices over time exemplify the living nature of Christian discipleship. While the doctrine of the Atonement of Jesus Christ remains at the central purpose and function of the Sacrament ordinance, the practices and symbolic vehicles may evolve as the needs and understanding of the Saints change. These exemplify the knowledge and understanding of a deeply connected God who understands the world in which we live. In this way, the Sacrament is an example of the need to see the principles at the heart of the work that we do and understand that the application of those principles through various practices of the organized church may change over time.

As the church continues to progress in higher and holier ways, both collectively and individually, several alterations to operational practices, including those relating to sacred ordinances, should be expected. This precedent set over millennia of evolving ordinances to meet the needs of His people is a sign of living faith, and of God’s divine hand guiding his Children ever towards Him. The principles and doctrines at the heart of all ordinances of the priesthood are taught by living Prophets and Apostles. It is Jesus Christ, who leads this Church, and who inspires these living oracles in the ongoing restoration of The Church of Jesus Christ in these the latter days.

[1] Holland, Jeffrey R., “This Do In Remembrance of Me”, October 1995 General Conference 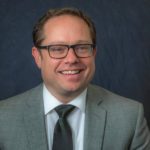 Nick Galieti is an experienced podcaster for organizations like FAIR, LDS Perspectives and Book of Mormon Central, as well as his own podcast, LDS MissionCast. Nick Galieti was recipient of the 2015 John Taylor: Defender of the Faith Award by FairMormon for outstanding service and contributions to Latter-day Saint Apologetics. Since starting podcasting in 2011, Nick has produced or hosted over 800 Podcast episodes.

Nick Galieti is also the author of the books “Tree of Sacrament,” and is a contributor and editor for the volume “D&C 4: A Lifetime Study in Discipleship.” Nick has directed and produced two feature length documentaries on Joseph Smith: “Picturing Joseph,” and “Murder of the Mormon Prophet.”

Nick is a Broadcast and Events Language Producer, and enjoys traveling the world. Nick married his wife, Heidi, in 2001 and they have 5 daughters.