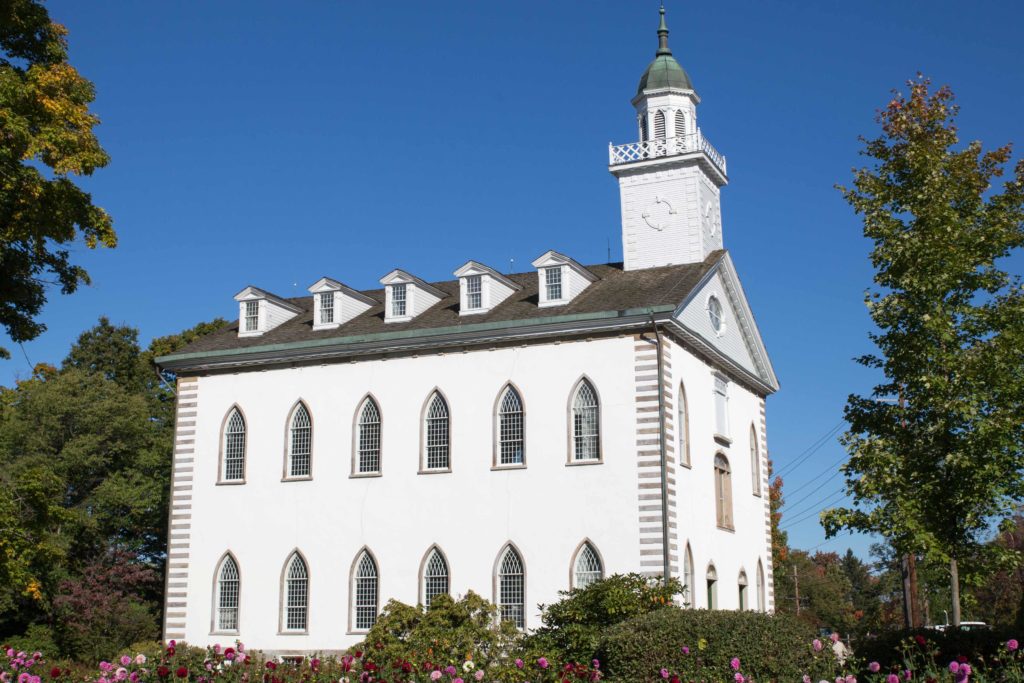 The connection to the temple starts with the description Joseph gave to this section, saying this revelation was “plucked from the Tree of Paradise”, from the Garden of Eden, and it is evident in D&C 109, the inspired prayer of dedication for the Kirtland temple, which “drew liberally on section 88.” (https://doctrineandcovenantscentral.org/historical-context/dc-88/)

“We can also hear Him in the temple. The house of the Lord is a house of learning. There the Lord teaches in His own way. There each ordinance teaches about the Savior. There we learn how to part the veil and communicate more clearly with heaven. There we learn how to rebuke the adversary and draw upon the Lord’s priesthood power to strengthen us and those we love. How eager each of us should be to seek refuge there.” (https://www.churchofjesuschrist.org/study/general-conference/2020/04/45nelson?lang=eng)

The reception of section 88 was also done in a manner to teach the 9 high priests how to receive revelation: It was not given all at once, with the prophet idly sitting around, but rather, as Steven C. Harper notes, the assembled prayed fervently in turn that the Lord should “reveal His will to us concerning the upbuilding of Zion and for the benefit of the saints and for the duty . . . of the elders.” And after, each of them “arose and spoke in his turn his feelings and determination to keep the commandments of God.” (Kirtland Minute Book, December 27, 1832, Church History Library, Salt Lake City.)

It took hours to receive the first part, and the effort was continued on the following day. In this time, the first 126 verses were received, and one week later the rest. Revelation does not simply fall on the prophet, but as we read in D&C 9:7-9 (and of course also v. 78 and 79 in this section), it is an effort. The recipient is not simply an empty vessel that God fills, but rather, if we want to receive revelation, we need to study things out to the best of our minds’ abilities, which may include a group effort, as revelation often comes in councils, and not always to a single person. Most of the time, a single prayer, uttered almost carelessly, will also not be enough. And then we will have to work to give God’s word shape and working diligently to express the feelings and thoughts we are impressed with.

It is impossible to do this rich and lengthy section justice in a blog post, so let me pick out a few details:

From the 2nd century AD to the Reformation, the topic of deification/theosis was the most important doctrine of salvation of the Christian churches. Becoming God was not a doctrine that was frowned upon, but rather, it was the sure foundation, when Christian scholars tried to establish, if Christ was only a Demi-God or real God. In the council of Nicaea, where Christ’s full divinity was finally doctrinally established, the winning argument was, that Christ could not make us gods, if He himself were not truly and fully god himself.

One picture the early church fathers drew upon to describe how we become gods was that of iron, which was put into a very hot fire. In time, and as long as it stayed in the fire, the metal would take on all the qualities of fire: It would become light, it would become hot.

I had to think of this when reading vv. 67-68. While the Early Christian analogy talks about a transformation from the outside, D&C 88 starts from the inside. We set our eyes to the glory of God alone, which we will finally receive (v. 116). Even our bodies will be gradually filled with light, until there is nothing but light (“no darkness”) in us. This reminds me of Alma 5:14, where exaltation is described by the Holy Ghost changing our hearts (metanoia or repentance) until we have received His image in our countenance, meaning that we become his spiritual lookalikes. This way, the people may know in what manner to look forward to the Son of God for redemption (Alma 13:2), or to have their eyes set on the Glory of God, and nothing else. Comprehending all things (knowing all things) we shall be His own, crowned with His glory, like unto Him. We become light, we become like unto God (1Joh 3:1-3).

This leads me to the second great point D&C 88 makes: Being perfected by the law. Why is it necessary to keep a celestial law in order to be saved in the celestial kingdom? Think about it. Becoming like God means that we will receive all His powers. Like Him, we will be supreme rulers, with incomprehensible power (like the power to create heavens and earths). As we read, we will know and comprehend everything that can be known. And God is said to know the thoughts of everybody. And our presence, our sphere of direct interaction, will be everywhere: There is no place one can hide from God.

Every stupid stray thought I have about you, you will immediately know. How mortifying for me. And I will immediately know your innermost reaction to that thought. How mortifying for you. And without a fullness of love, we would be inclined to lash out against each other with all the incomprehensible power of God. Total destruction without any sense. Not heaven, but hell.

For this reason, God in His perfect love, saves every single of His children as far as this child permits it. Someone with the discipline to have the fullness will receive the fullness, while someone with less discipline is saved from this hell by not receiving more than he or she can handle.

God’s Final Judgement therefore is not one of wrath, but one of love, even if it means that one does not receive all.

Thus, we are quickened and sanctified and preserved by the law which we can abide, and if we strive for more light, we will be filled with God’s glory and fullness. 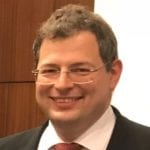 René Alexander Krywult, a native of Vienna, Austria, Europe, has been a member of FAIR for over twenty years and instrumental in founding the German-speaking FAIR group. He is a software developer and project manager for a European financial institution. He is married to Gabriele Krywult, and they have four children and four grandchildren.

René had his first contact with anti-Mormonism at age 14, and from that time on one of his major interests has been to understand how anti-Mormon literature works, how to discern the reliability of information provided, and how to grow in faith while studying arguments made by the opposition.

Brother Krywult has filled many callings: ward Sunday school president, ward mission leader, elders quorum president, Seminary and Institute teacher and counsellor in a bishopric: Currently he serves as a High Councilor in the Vienna-Austria Stake. His native language is German.