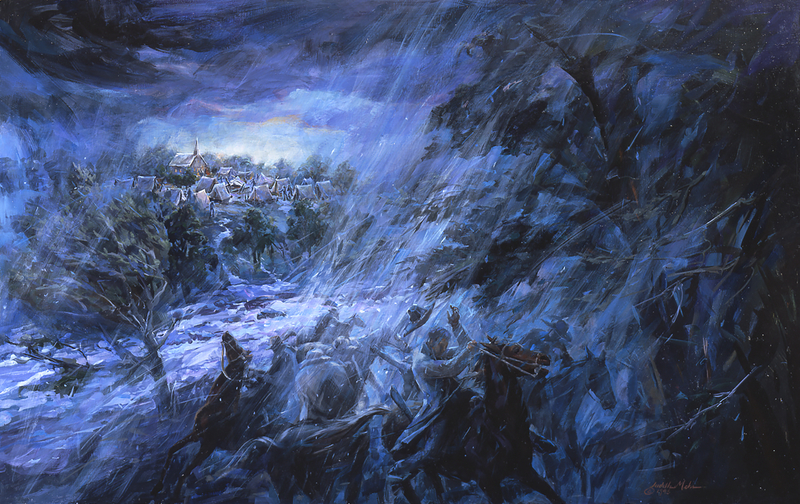 I very much love “The Chosen,” the dramatization of the ministry of Jesus and his disciples that just finished its second season. It’s a beautiful portrayal of Jesus’ love, authority, humanity, and divinity.

Recent events made a particular scene come to mind with even greater power and relevance. As Jesus and his disciples leave Capernaum, they discuss which route to take. One disciple points out they need to turn in order to go around Samaria. All the disciples simply assumed they would avoid Samaria in their travels because of the vicious hostility between Samaritans and Jews. Jesus shocked them all by saying that they were going to go right into Samaria. One disciple, thinking Jesus needed reminding, explained that it was safer to go around. Jesus replied: “Did you join me for safety reasons?”

We do indeed follow the Lord because he is the only source of our ultimate safety, spiritual safety from the enemy of our souls. But the history of the church and these sections in particular are stark reminders that the covenant path is not a guarantee of our immediate physical safety.

I don’t mean to sound ominous, but a large portion of this week’s reading is in this vein:

“I will give unto you a revelation and commandment, that you may know how to act in the discharge of your duties concerning the salvation and redemption of your brethren, who have been scattered on the land of Zion; Being driven and smitten by the hands of mine enemies, on whom I will pour out my wrath without measure in mine own time…that those who call themselves after my name might be chastened for a little season with a sore and grievous chastisement.” (103:1-2, 4)

“My people must needs be chastened until they learn obedience, if it must needs be, by the things which they suffer.” (105:6)

The Saints in Missouri really did suffer horribly. But these scriptures don’t let us take refuge in the emotionally comfortable assumption that they were nobly innocent victims; the Lord makes it clear that some of their suffering was their just desert:

“That those who call themselves after my name might be chastened for a little season with a sore and grievous chastisement, because they did not hearken altogether unto the precepts and commandments which I gave unto them.” (103:4)

“Inasmuch as they keep not my commandments, and hearken not to observe all my words, the kingdoms of the world shall prevail against them.” (103:8)

“Were it not for the transgressions of my people…they might have been redeemed even now…My people must needs be chastened until they learn obedience, if it must needs be, by the things which they suffer.” (105:2, 6)

We worship a God of love and welcome, but also a God of justice and discipline. He requires our obedience, and he may arrange for us to learn it the hard way. His justice also allows his enemies to continue in wickedness in order for their consequences to be fully just:

“…mine enemies, on whom I will pour out my wrath without measure in mine own time. For I have suffered them thus far, that they might fill up the measure of their iniquities, that their cup might be full.” (103:2-3)

We don’t follow Jesus for safety reasons. We follow him for salvation, which costs everything we have. As Joseph told the veterans of Zion’s Camp, God needs saints who “a body of men who had offered their lives, and who had made as great a sacrifice as did Abraham” (History of the Church, 2:182).

Thankfully, we’re not being driven from our homes (that I know of!) Our sacrifices and sufferings are generally on a more personal scale. But our danger is that we’ll slack off our obedience because our problems seem too mundane for these scriptures to apply. Our sacrifices aren’t less than Abraham’s just because they accumulate over years and decades of patient service and endurance.

In 103:8, the Lord warns “inasmuch as [the saints in Missouri] keep not my commandments, and hearken not to observe all my words, the kingdoms of the world shall prevail against them.” What is the difference between keeping commandments and observing the Lord’s words? They’re closely related, certainly, but why say both things? This puzzled me for a few moments until I realized how exquisitely timely it is.

Twice this year, the First Presidency has made statements to the entire church “urging” us to get the covid vaccine. I know that many people have struggled with that directive, because I see the struggle among those I love, on social media, and from questions received by FAIR. Some contend that “urge” is less than “command,” and therefore not really binding on those who have covenanted to receive and obey the Lord’s prophets.

But here the Lord warns that the saints not only need to keep the commandments, but to “observe all my words.” Observe here doesn’t mean “notice” or “perceive,” but in the religious sense of “observance”: to honor and align with. I think of it as being similar to the Lord’s repeated command that we “receive” his servants. The Lord warns of catastrophe for any who “obeyed not my voice when I called to you out of the heavens; [or] believed not my servants, and when they were sent unto you ye received them not.” (133:71) “The day cometh that they who will not hear the voice of the Lord, neither the voice of his servants, neither give heed to the words of the prophets and apostles, shall be cut off from among the people.” (1:14)

The Lord gives us no room to dismiss prophets’ counsel because they didn’t say it a certain way. We must “give heed to [their] words,” even if those words aren’t phrased as “this is a commandment from the Lord.” We must “observe all [the Lord’s words],” in addition to keeping the commandments that we all agree are unchanging across all ages and dispensations. Living prophets of the living Christ give us counsel for our times and needs, right now. If we don’t observe their words and receive them as messengers of God, we’ll be on perilous spiritual ground.

These sections are chock full of phrases that echo our sacred temple liturgy. One of them is in 103:27: “Let no man be afraid to lay down his life for my sake; for whoso layeth down his life for my sake shall find it again.” Perhaps we’ll only have to lay down our lives by grinding out one more day after another, withstanding the world and seeking the Spirit and teaching our children and doing our duty. Perhaps we’ll have to follow a prophet’s counsel to take a vaccine despite a cacophony of speculation that it’s dangerous. Perhaps–though I fervently hope not–we’ll have to literally lay down our lives.

Obedience is the first law of Heaven, because we have the privilege of accomplishing the Lord’s glorious works. We are “building up [Christ’s] church and kingdom on the earth, and [preparing] [his] people for the time when [Christ] shall dwell with them, which is nigh at hand.” (104:59) 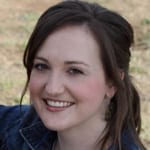