If you were not reading carefully, you may have missed an extraordinary bit of commentary by Elder Quentin L. Cook in the July 2020 Ensign. Speaking about how Church history can be a source of strength and inspiration, Elder Cook stated [I’ve added some highlights]:

Second, there were some, such as Vilate Kimball, who received their own personal revelation—before they even knew fully about what was coming—that this doctrine came from God.

And third, in the senior councils of the church, there’s a feeling that plural marriage, as it was practiced, served its purpose. We should honor those Saints, but that purpose has been accomplished.

Now, there are unanswered questions. But I want you to know that we have a loving Heavenly Father who has a perfect plan, that His plan is one of happiness, and that we have a Savior who did everything for us. We can trust in Them.

It is quite remarkable to reflect on what is being said here. Polygamy was a SACRIFICE, it was OF GOD, and its PURPOSE WAS ACCOMPLISHED. It is really wonderful to have this clarified by an apostle of the Lord! Polygamy wasn’t a reward; it was a sacrifice. The sacrifice was decreed of God, but it’s over. The purpose was accomplished, and if so, there is no need to “restore” the practice. And notice the “there’s” in green highlight indicating that this judgment is from the current leaders at the most senior level in the Church.

Yes, there are some unanswered questions, the foremost being the continued current practice of serially sealing multiple women to one man, and sealing the children of a subsequent husband to a wife’s first husband to whom she is sealed. We’ve explored that topic in SquareTwo (here and here), and can’t help but feel there will be change in this practice in the future, possibly in the form of permission for living women to be sealed to more than one man in this life (as dead women are allowed). Perhaps I am reading too much into Elder Cook’s conclusion, “We can trust in Them,” but if polygamy is first and foremost a sacrifice, it’s hard to see how it could be the heavenly way of life. That has a lot of implications for how we should view polygamy in a doctrinal sense, and also for how we view it in a policy sense.

In sum, I am very grateful for Elder Cook’s brief remarks, and grateful these were published in the Ensign. I think this is a hugely significant step forward for the Church, and is very helpful when reading D&C 132. 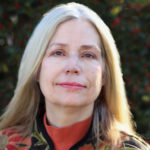 Valerie M. Hudson is a University Distinguished Professor and holds the George H.W. Bush Chair in the Department of International Affairs at The Bush School of Government and Public Service at Texas A&M University, where she directs the Program on Women, Peace, and Security. Hudson was named to the list of Foreign Policy magazine’s Top 100 Global Thinkers for 2009, and in 2015 was recognized as Distinguished Scholar of Foreign Policy Analysis (FPA/ISA) and awarded an inaugural Andrew Carnegie Fellowship as well as an inaugural Fulbright Distinguished Chair in the Arts, Humanities, and Social Sciences at Australian National University (2017). Her scholarly books include Bare Branches: The Security Implications of Asia’s Surplus Male Population, Sex and World Peace, The Hillary Doctrine, and The first Political Order: How Sex Shapes Governance and National Security Worldwide, as well as a book on religious doctrine entitled Women in Eternity, Women of Zion. Hudson is a co-founder and editorial board member of the online journal of commentary from the Church of Jesus Christ faith community called SquareTwo, the president of the Utah Valley Institute of Cystic Fibrosis, served in the 11th Special Forces US Army Reserve as a wheeled vehicle and power generator mechanic, is a cofounder of the Latter-day Saint National Security Society, and has been a La Leche League Leader for over 30 years. She is married to David Cassler and is the mother of eight children.