Heirs of the Celestial Kingdom of God

Many people today misunderstand the nature and blessings of God’s love. “God loves me just as I am, so I don’t need to change,” they might say, or “Because God loves me, He will accept me as I am into heaven.” To use a scriptural phrase: “If it so be that we are guilty, God will beat us with a few stripes, and at last we shall be saved in the kingdom of God.”[1]

Elder D. Todd Christofferson explained, “Because God’s love is all-embracing, some speak of it as ‘unconditional,’ and in their minds they may project that thought to mean that God’s blessings are ‘unconditional’ and that salvation is ‘unconditional.’ They are not. Some are wont to say, ‘The Savior loves me just as I am,’ and that is certainly true. But He cannot take any of us into His kingdom just as we are, ‘for no unclean thing can dwell there, or dwell in his presence.’ Our sins must first be resolved.”[2]

President Russell M. Nelson taught, “The full flower of divine love and our greatest blessings from that love are conditional.”[3] This message is a key part of two visions given to two Josephs. These visions are the last two sections in the Doctrine and Covenants.

In Doctrine and Covenants 137 we learn from Joseph Smith Jr.’s vision that “all who have died without a knowledge of this gospel, who would have received it if they had been permitted to tarry, shall be heirs of the celestial kingdom of God.”[4] Note the stipulation: the person would have received the gospel. Only with this condition can that person be an heir of the celestial kingdom.

But what does it mean to receive the gospel?

First, we must have faith in Christ, repent, and be baptized. “He that receiveth my gospel receiveth me;…and this is my gospel—repentance and baptism by water, and then cometh the baptism of fire and the Holy Ghost, even the Comforter, which showeth all  things, and teacheth the peaceable things of the kingdom.”[5] Repentance is emphasized over and over in the Book of Mormon. In fact, the invitation to come unto Christ is usually accompanied by a call to repentance (for example, 2 Nephi 28:32; Alma 3:14; 3 Nephi 9:13; Mormon 3:2). More will be said on repentance below.

Another way we receive the gospel is by receiving the Lord’s servants, as He stated: “For he that receiveth my servants receiveth me; and he that receiveth me receiveth my Father.”[6] And again: “Whosoever receiveth my word receiveth me, and whosoever receiveth me, receiveth those, the First Presidency, whom I have sent.”[7] Recently, Latter-day Saints have been counseled to “Hear Him.”[8] Consistently throughout scripture, one of the primary ways we hear the Lord is to hear His prophets. “He that heareth you heareth me,” Jesus told his Apostles.[9] And in fact, those who reject the words of the prophets are rejected by God: “The day cometh that they who will not hear the voice of the Lord, neither the voice of his servants, neither give heed to the words of the prophets and apostles, shall be cut off from among the people.”[10]

As Joseph Smith saw in vision, those in the telestial kingdom “received not the gospel, neither the testimony of Jesus, neither the prophets, neither the everlasting covenant.”[11]

He Did Not Go

Without receiving the gospel, without repenting, we cannot be with God. Joseph F. Smith (a nephew of Joseph Smith) saw this principle in a vision of the spirit world, now included as Doctrine and Covenants 138. When the Savior died and went to the spirit world, “unto the wicked he did not go, and among the ungodly and the unrepentant who had defiled themselves while in the flesh, his voice was not raised.”[12]

But God did not want the wicked to be left without an opportunity for redemption, so He “instruct[ed] and prepar[ed] the faithful spirits of the prophets who had testified of him in the flesh; that they might carry the message of redemption unto all the dead, unto whom he could not go personally, because of their rebellion and transgression, that they through the ministration of his servants might also hear his words.”[13] He could not go personally because of their state of sin, so He sent others to help them repent because “all men, everywhere, must repent, or they can in nowise inherit the kingdom of God, for no unclean thing can dwell there, or dwell in his presence.”[14]

The Dead Who Repent

Many people today feel the effects of living in a fallen world, a world where “all mankind [have become] carnal, sensual, devlish.”[15] There are many temptations, calls to leave the commandments that God has given through His prophets. When we follow those temptations, we become impure, unclean before God. But in His infinite mercy, the Lord[16] gave power to His Son, Jesus Christ, “to redeem [us] from [our] sins because of repentance; therefore he hath sent his angels to declare the tidings of the conditions of repentance, which bringeth unto the power of the Redeemer, unto the salvation of their souls.”[17]

As we learn in section 138, this principle—that there is hope through repentance and redemption through the Son of God—was taught to the spirits in prison: “These were taught faith in God, repentance from sin, vicarious baptism for the remission of sins, the gift of the Holy Ghost by the laying on of hands.”[18] By following the very same steps as the living,[19] “the dead who repent will be redeemed, through obedience to the ordinances of the house of God.”[20]

So what does it mean to repent?

To repent means, fundamentally, to become like God—to leave behind all within us that is impure or unclean.[21] Accordingly, “repentance means more than simply a reformation of behavior. . . . Repentance involves not just a change of actions, but a change of heart.”[22] “Through repentance we become new persons, reconciled to God (see 2 Corinthians 5:17–18; Mosiah 27:25–26).”[23]

Our desire to repent comes when we feel “godly sorrow,” which is “acknowledge[ing] within ourselves that we have sinned.”[24] Once we have acknowledged our sin, we continue repenting by “exercising faith in Christ, having real intent, and keeping the commandments.”[25] Note that keeping the commandments is part of repenting. That includes accepting the commandments as given by God through His prophets. We do not get to choose which commandments we will keep and which we will ignore.[26] God’s covenants are not a bargaining session as if for a legal contract. We accept and meet the conditions God has laid out for our exaltation, or we cannot receive exaltation.

Further, “essential to forgiveness is a willingness to disclose fully to our Heavenly Father all that we have done. . . . Serious transgressions, such as violations of the law of chastity, may jeopardize a person’s membership in the Church. Therefore, such sins need to be confessed to both the Lord and His priesthood representatives in the Church.”[27]

Another part of repenting is restitution. “We must restore as far as possible all that has been damaged by our actions, whether that is someone’s property or someone’s good reputation. Willing restitution shows the Lord that we will do all we can to repent.”[28]

After leaving behind the sin, “we must maintain an unyielding, permanent resolve that we will never repeat the transgression. When we keep this commitment, we will never experience the pain of that sin again. We must flee immediately from any compromising situation. If a certain situation causes us to sin or may cause us to sin, we must leave. We cannot linger in temptation and expect to overcome sin.”[29]

Also note that, even after forsaking sin, “it is not enough to simply try to resist evil or empty our lives of sin. We must fill our lives with righteousness and engage in activities that bring spiritual power.”[30]

We are promised that “as we repent and rely on [God’s] saving grace, we will be cleansed from sin.”[31] We will then be able to enter God’s presence and receive the full blessings of His love.[32]

Because of two visions given to two Josephs, we know that the Lord is merciful and has prepared a way for us to return to His presence and become like Him. All who repent, both living and dead, “will be redeemed, through obedience to the ordinances of the house of God,”[34] for repentance “bringeth unto the power of the Redeemer, unto the salvation of [our] souls.”[35]

[8] See Aubrey Eyre, “Why the Church’s 2020 #HearHim initiative is an important reminder of the Restoration,” TheChurchNews.com, 1 April 2020.

[22] “Chapter 5: Principles of True Repentance,” in Teachings of Presidents of the Church: Ezra Taft Benson.

[23] General Handbook: Serving in The Church of Jesus Christ of Latter-day Saints, 32.1 “Repentance and Forgiveness.” 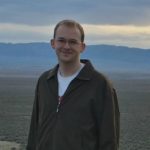 David W. Smith has volunteered with FAIR since August 2019. He has had an article published in BYU Studies, and he presented at the Joseph Smith Papers Conference in 2019. He has a bachelor’s degree in philosophy and a master’s degree in public administration, both from Brigham Young University.