I am a white male. Well, I really have more of a ruddy complexion that looks red most of the time, but that still counts as “white.” I have found no one in my family history who owned slaves. One family line came from Scotland after the Civil war, and the other family line was simply too poor to be participating in anything like that. So why am I writing about black history? The Church is often criticized for having a “racist past” because of the priesthood ban, plus I think that we currently participate in a lot of unconscious racism and dismissive behavior that doesn’t help welcome our brothers and sisters into the Church.

So, let’s step away from the political rhetoric, tightly held positions, and defensiveness just for a moment. Let’s agree that black lives matter (of course they do – we aren’t talking about the political group), and we aren’t going to talk about Critical Race Theory (CRT) in this article. Let’s breathe deeply and step into this.

In 1832, Elijah Abel (Able), a black man, was baptized into the Church. He was later made an Elder and a Seventy. You can see his name in the book at Seventies Hall in Nauvoo. He served several missions for the Church. He performed baptisms for the dead and was washed and anointed in the temple. While probably the most well known, he was not the first black member who was baptized. That person was probably Peter Kerr, sometimes referred to as “Black Pete.” He served as a Latter-day Saint missionary in 1831 and baptized a number of people.

Joseph T. Ball served several missions and served as the presiding elder of the Boston branch (Branch President) in 1844.

William McCurry was baptized in 1845 and married Lucy Stanton, the daughter of the stake president. According to the minutes of the Quorum of the Twelve, he met with them about his racial status and his desire to be seen as “a common brother.” Brigham Young replied, “We don’t care about the color… It’s nothing to do with blood, for of one blood has God made all flesh.”

Others joined the Church including Jane Manning James, Eunice Kinney, Green Flake, Walker Lewis, and Samuel Chambers. Each of them has a fascinating history. In talking about Walker Lewis, Brigham Young said, “We have one of the best Elders, an African.” Some of these blacks had the priesthood, some did not. Some remained faithful, and some did not. Like everyone else, each of their histories is unique.

Our Church is often singled out for its racist past. Contrary to what some have recently stated, most other American Churches were not ordaining blacks to their priesthood for white congregations and had a mixed history on blacks and slavery. In 1841, the Southern delegates to the American Baptists argued that slavery was not a sin according to the Bible. In 1843, 1,200 Methodist ministers owned 1500 slaves. 25,000 members owned 208,000 slaves. That same year the Methodists split over the slavery issue into a northern and a southern branch. In 1848 the Southern Baptist Convention was formed over the issue of slavery. In 1861 the Presbyterian Church split over slavery. In 1839 Pope Gregory issued a statement condemning slavery, but in 1866, the Catholic Church taught that slavery was not contrary to the natural and divine law. Then in 1873 Pope Pius IX prayed that God remove the Curse of Ham from the blacks. But, unlike many others, the Catholics did ordain black men to the priesthood.

One could maybe make the case that blacks were not discriminated against in our church and were welcomed with open arms. All the Latter-day Saint slaves were freed while other churches segregated them and taught that slavery was of God. One could make that claim, but I’m not going to do that. It wouldn’t be true. Like everything in history, it is complicated.

In 1852, for an unknown reason, blacks were no longer allowed to be ordained to the priesthood in The Church of Jesus Christ of Latter-day Saints. But even with that ban, we know that some continued to hold and use their priesthood.

WHEN DID BLACKS GET THE PRIESTHOOD AGAIN?

So, when was it when blacks were able to have the priesthood, and have temple ordinances again? That is also complicated.

On the issue of temples, while blacks were not able to attend the temple, white members were able to do temple work for ancestors of black members. (See Elder Mark E. Petersen in An Address to Teachers at BYU, August 27, 1954.)

Not counting the Abel (Able) family, when were blacks given the priesthood again in The Church of Jesus Christ of Latter-day Saints? That would be 1955. You heard that right, 1955!

In 1955, under the direction of David O. McKay, Melanesian blacks were defined as being from a different linage and not under the priesthood ban. The first Fijians received the priesthood in 1958 while the Negritos of the Philippines were given it earlier. (Armand Mauss, Neither White nor Black, Signature Books, pg. 152).

If you don’t think Melanesian blacks are black, just do an internet search on “Black Melanesian” or “Negritos of the Philippines,“ and look at the images.

That isn’t the end of the story. Blacks of known African descent were not given the priesthood until June 8, 1978.

HOW DO WE EXPLAIN THE PRIESTHOOD BAN?

We used to explain the priesthood ban by quoting from historical non-Latter-day Saint sources and claiming the Curse of Cain. Or sometimes it was the Curse of Ham.  Those theories were used to justify slavery long before Joseph Smith came on the scene. They were commonly held ideas by people of that day.

In 1869 Brigham Young denied the less valiant, or “fence sitters” theory that many had about blacks. When asked “if the spirits of Negroes were neutral in heaven,” Brigham Young answers, “No, they were not, there were no neutral [spirits] in heaven at the time of the rebellion, all took sides…. All spirits are pure that came from the presence of God. (Journal History, 25 December 1869, citing Wilford Woodruff’s journal.)

Then we tried justifying the ban by quoting from the Pearl of Great Price. As people have been studying in their Come, Follow Me lessons, I have heard some of those same arguments. So, it is important to know where those came from.

Since this speculation occurred in 1885 and not in 1852, we know that the Pearl of Great Price was not the reason for the priesthood ban. For these verses to be about the ban, you have to read that into them. You have to start with the premise of the ban and the curse of Ham or the argument makes no sense.

There is the still-popular Levite explanation. It is said that even during Jesus’s time, most people didn’t have the priesthood, only the Levites did. I hate this explanation. The Levites aren’t an example of anything. As I have stated in the past using a sports analogy, everyone understand that a baseball team has captains and managers who speak for the team, that is totally different than being permanently benched. One person speaking for the group, is very different than everyone being invited to the party except you.

Why was there a ban? I have my own opinions. But they are unsupported opinions. I don’t want to fall into the same trap giving opinions as fact. I will say that when asked about the ban I talk about the sad history of non-acceptance and racism. When I was studying black history, and I read about the Birmingham Church bombings where some men blew up little girls and thought that was ok, I was sickened.

My opinion is that God gives us what we are willing to accept. The rest is on us.

We do need to move on. But we have to acknowledge that things were bad. Just stating that, “I don’t see color,” or “That is in the past,” is not especially helpful. Imagine you are standing outside of a historic Nazi concentration camp and talking with someone about the holocaust and your response was simply, “That’s in the past, we need to move on.”  I think you can see that response would be inadequate. We are talking about a disaster at least on the same level or more. Over 200 years of slavery, rapes, killings, starvation, and inhumanity. We must first acknowledge the racism that has occurred in the past, and sometimes occurs even now.

As African Americans come into the Church, perhaps we can be sensitive as to why there might be a lack of trust. It is difficult coming into an all-white, or even mostly white congregation. The relationship between blacks and whites was broken long ago. We can’t make that broken trust go away with a wave of the hand. We have to acknowledge that our families, and our church members treated people badly. It is like having an abusive marriage relationship, and now we want the abused spouse to simply forgive and fully trust the next suitor. Yes, that would be good – but it probably isn’t going to happen until trust is rebuilt.

I spoke to one African American man who loved living among the Latter-day Saints. He is Baptist but lived in a heavily Latter-day Saint community. He said that people continually asked if they could touch his wife’s hair. He was asked if he was the new basketball coach several times. No, he wasn’t over 6 ft tall. He called it, “Unconscious racism.” We are sometimes thoughtless and need to do better.

The relationship has been broken. The way to fix it is to show an increase in love, and to understand if there is initial suspicion. Just keep loving and building up trust.

There are statements in our literature by the early brethren which we have interpreted to mean that the Negroes would not receive the priesthood in mortality. I have said the same things…. All I can say to that is that it is time disbelieving people repented and got in line and believed in a living, modern prophet. Forget everything that I have said, or what President Brigham Young or President George Q. Cannon or whomsoever has said in days past that is contrary to the present revelation. We spoke with a limited understanding and without the light and knowledge that now has come into the world.

That doesn’t mean that we forget the pain that has been caused, rather we forget the false explanations that have been given in the past. We need to move forward in love. We need to build that trust, acknowledge the pain, and stop trying to justify bad behavior. Then we need to be patient when that trust doesn’t immediately come. This one is going to take some time. 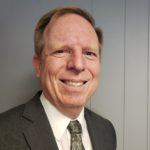 Scott Gordon serves as President of FAIR, a non-profit corporation staffed by volunteers dedicated to helping members deal with issues raised by critics of The Church of Jesus Christ of Latter-day Saints. He has an MBA from Brigham Young University, and a BA in Organizational Communications from Brigham Young University. He is currently an instructor of business and technology at Shasta College in Redding, California. Scott has held many positions in the church including serving as a bishop for six years. He is married and has five children.