General Conference is coming up in 3 days! It will be held October 1-2, and will have morning and afternoon sessions on Saturday and Sunday, along with an evening session for everyone on Saturday. More information is available here.

This worksheet is for taking notes on during general conference. It combines boxes for writing in, as well as check boxes for quickly giving yourself assignments to do after conference, such as talks you want to re-read, or talks you want to copy quotes from. It’s a great resource for adults or teens.

Versions are also available in

I made this worksheet with my nieces and nephews in mind. I was trying to think of ways to help a teen or youngster get more out of general conference. What would help them learn to start listening to the talks and even taking notes? I decided it might help to add a bit of trivia, just to pique their interest. The worksheet is full of features that might help someone learn little facts about how general conference is run.

If you would like to see an example of how you might use this worksheet, go to my example worksheet page. There you will find the same worksheet, but filled in with blue handwriting. It’s only one of several ways to use this worksheet (and probably more complex than most people would want), but it should give you a few ideas.

1. The “So what?” column. I divided the notes section into two parts: content/topic, and personal application/plans. I’ve heard many a Church leader, like Elders Scott, Hales, or Bednar, say that we should take notes like this. There’s little point in just summarizing the talk, since it’s going to come out in print form within a month anyway. Instead, we should write down impressions or promptings that come to us, making plans of what we ought to do as a result of hearing the talk. In a way, the purpose of the content/topic part is merely to provide a memory-kick to help us remember the context that prompted us to make the particular goal.

2. Known and unknown speakers. On one side of the worksheet are the fifteen apostles, who you can always count on to speak at least once in every general conference. On the reverse are spaces for other general authorities and general officers, without pictures because you never know which ones will be speaking. This can lead to a discussion about why that might be (e.g., the apostles hold the keys to receive revelation and direction from the Lord for the entire Church). It’s also handy (and less intimidating) to have your entire conference content on just one sheet of paper.

3. Seniority sequence. The apostles have been placed in order of seniority rather than order of Church leadership structure. That is, the two counselors in the First Presidency are not at the top, even though members of the quorum of the Twelve take directions from and report to them. This can lead to discussion about prophetic succession and which titles are determined by seniority (presidents; title in a squared box) versus by calling (counselors; title in a rounded box). Also, since the members of the First Presidency virtually always speak more than once, their rows are taller, to leave extra space for notes.

4. Session schedule. I put selection bubbles (“radio buttons,” like on a multiple choice exam) to mark which session they spoke in, which can help them get familiar with the schedule of conference. It can also raise the question of which apostles speak more than once (only members of the First Presidency; that’s why they have check boxes in their rows, instead of selection bubbles). And that can lead to discussion of why (e.g., we need to pay special attention to their words because they carry the most weight). At first I was going to organize the worksheet according to session, but it would have been an ugly or awkward chart because you never know who’s speaking or how many will speak. Plus, by organizing it according to speaker, it gives the user something to hunt for.

5. Facial recognition. I left out the names on purpose, so that the kids have to pay attention to their faces on the screen, do a little hunting and matching, and write down the name themselves. This can help them get more familiar with the apostles and come to know them by sight.

6. Church organizations. On the reverse side, the speakers can also be categorized by which organization of the Church they are serving in. This can lead to discussions about where the conference speakers are generally chosen from. (You don’t actually have to be a general officer; it’s just the typical practice. One time an Olympic athlete spoke in the priesthood session!)

7. Authority v. Officer. The organization selection bubbles can lead to discussions about the difference between general authorities (shaded column) and general officers (clear column). And of course, technically I can’t say that all members of the quorums of Seventy are general authorities (only the first and second quorums are; the rest are area authorities). But since the web page on Church organization makes the same generalization, I felt OK doing the same. (By the way, I heard that Elder Bednar once made this distinction very clear at a BYU–Idaho devotional when the opening prayer referred to him as a general authority. After the prayer, Elder Bednar was quick to clarify that he was currently not a general authority, but rather just an area authority. I.e, he does not have authority to give directions to all Church members in general, but rather only to those Church members inside his geographical area.)

8. Session-specific speakers. The session selection bubbles can also be used to point out which leaders typically do and don’t speak in the priesthood session. For example, does the General Sunday School Presidency ever speak in the priesthood session? (I actually don’t know the answer; I just now thought of it. Now I have something to look for in the next several conferences!) [This is currently obsolete, with the change to Saturday Evening sessions.]

9. To-do checkboxes. Above the name of each speaker is a row of checkboxes that you can use to quickly give yourself assignments for after conference. The L stands for “Like,” meaning it was simply a talk that stood out to you, for whatever reason. The R stands for “Re-read,” when you think you want to study that talk, or if you were distracted or interrupted during the talk and were unable to listen to it (I use that box more often now that I have kids …). The Q stands for “Quote,” meaning there was a statement or two in the talk that you want to copy to your gospel study journal or computer files—especially useful when you’ve been looking for and compiling quotes on certain gospel topics. The S stands for “Share,” when a person comes to mind that you think would really be benefited by reading the talk; use this to remind yourself to email them the talk, etc. (special thanks to Karen for suggesting this checkbox in the comments below). If you have other common to-do tasks that you think should go on this sheet, let me know in the comments section and I may add them.

One tip for how to use the checkboxes: first trace, then check. For example, if you feel prompted to copy a quote to your files, signal this by tracing the lines around the Q box. That lets you know it’s on your to-do list. Then about a month later (after the text of the talks has been published online), you review your worksheet, see an unchecked Q box, copy the quote to your files, and then check off the box.

You’ll notice that much of this worksheet focuses on trivia, or relatively unimportant information. The most important part is taking notes on the talks and receiving spiritual guidance on how to act on them. But I included the other less important matters because youth often need some kind of hook to catch their interest. Anything is good to include if it leads someone to start paying more attention to the inspired leaders at general conference.

Please let me know how you use this sheet and what the results were. I’d love to hear how it goes, as well as any suggestions you have! 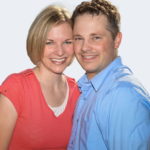 Nathan Richardson is a speech-language pathologist who works for a private family in the Middle East. He is also a book designer and has worked for multiple publishing houses, including the BYU Religious Studies Center and BYU Studies, as well as had his own document design business. He is a frequent speaker at BYU-I Education Week. He received a bachelor’s degree in English and a master’s degree in communication disorders from BYU, and has published research articles in scholarly journals of audiology. He designs free gospel study aids and a study edition of the scriptures on his website NathanRichardson.com.