Over time, I have come to look forward to General Conference more and more. It seems that now, more than ever, we need the wisdom and guidance that comes from those who have been set apart by God to instruct us.

Of course, I do not always hear what I want to hear. I am often challenged by the words of our leaders and can feel that I will need to stretch, sometimes with some pain, to accomplish what is expected. So I understand when I hear people wonder aloud, “Was that a revelation?” as if to say, “Do I really need to do that?” Or, “Is that really true?” END_OF_DOCUMENT_TOKEN_TO_BE_REPLACED 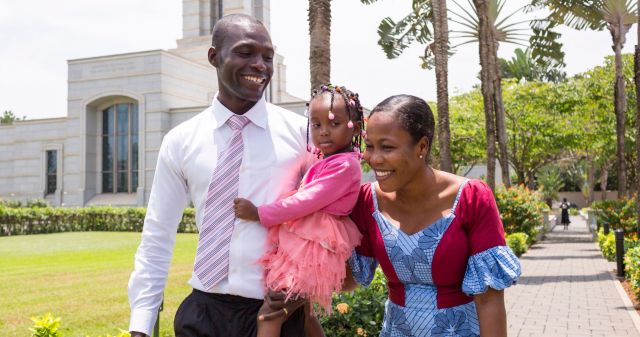 The Abrahamic Covenant, Its Influence on Scriptures, and What that Has to Do with Us

by Kerry Muhlestein, author of God Will Prevail: Ancient Covenants, Modern Blessings, and the Gathering of Israel

The Abrahamic covenant is a central theme of the Old Testament, and really of all scripture. Every prophetic writer, whether in the Old Testament, the New Testament, the Pearl of Great Price, the Book of Mormon, or the Doctrine and Covenants, assumes that you know and understand the Abrahamic covenant, and writes based on that assumption. As a result, when we are not familiar with this covenant, there are a number of things in every book of scripture that we miss. We lose some of the message and the rich power in the scriptures without even realizing it. Studying the Old Testament is an excellent time to rectify this situation. This year we are afforded the opportunity to read about the establishment of the covenant and to study some of the places where it is most fully explained. This will allow us to start to understand the covenant the way President Nelson has been asking us to. President Nelson certainly realizes the significance of the covenant, and has been energetically teaching about it throughout his apostolic career, and has even asked us to study the blessings promised to Israel in the covenant.[1] There is no better time than this Come Follow Me year to come to more fully share President Nelson’s desires for us to better recognize, understand, and appreciate what it means to be heirs to the Abrahamic covenant. END_OF_DOCUMENT_TOKEN_TO_BE_REPLACED

This biography of Dallin H. Oaks was written by Richard E. Turley, Jr., who has been associated with Oaks throughout most of his (Turley’s) professional life. Turley has served as the Director of the Church History Department (originally selected to work for the department by Oaks), Assistant Church Historian, and Director of Public Affairs. He has previously written or co-written several other books, including Victims: The LDS Church and the Mark Hoffman Case and Massacre at Mountain Meadows: An American Tragedy.

Dallin Harris Oaks was born August 12, 1932 in Provo, Utah. He got his middle name from his mom’s side of the family, who was descended from a brother of Martin Harris. He grew up in Provo; Twin Falls, Idaho; Payson (where he stayed with his grandparents at times due to the death of his father when he was 7); and Vernal. He came close to dying several times in his childhood, beginning with his birth, with miraculous preservation of his life occurring each time. END_OF_DOCUMENT_TOKEN_TO_BE_REPLACED

Join Hanna for an uplifting General Conference recap before the series of interviews on the Bible begins! Furthermore, we are seeing an increase in women serving as witnesses in other areas, as more sisters serve missions and participate in Church councils. We are also doing a better job of documenting the witnesses of women across time who have been historically underrepresented in the literature. In the rest of Dr. Peterson’s presentation, it relates the stories and witnesses of the women who felt, handled, or saw the plates — and there are more than you would expect. These voices and accounts serve as additional witnesses of the Restoration of the Gospel, and add to the credibility of the men who signed their witness (included at the beginning of that sacred book). END_OF_DOCUMENT_TOKEN_TO_BE_REPLACED

Cross-posted from Truth Will Prevail

Cobbled together by Dennis B. Horne

Note: In his earlier years, in some talks given in the 1970s, as a counselor in the Presiding Bishopric, Elder Vaughn J. Featherstone referenced a marvelous spiritual experience he received. The below contains both published text and newly transcribed wording that was withheld for whatever reason (perhaps felt to be too sacred then), from the published version, that gives further insight into the experience. Links are provided so readers can listen to both of the talks at their convenience:

Let me tell you the greatest experience I believe I have had in all my readings of the scriptures—and I am sharing something that is very tender with me. I remember the night that I read 3 Nephi the 17th chapter [3 Ne. 17]. That is when I discovered the Lord Jesus Christ, my Redeemer, the Lord of lords, the King of kings, my Savior, my personal Savior; and I believe that is where I finally found the description of the Savior as I thought him to be.

He had been with the Nephite people all the day long, you will recall, and finally said: END_OF_DOCUMENT_TOKEN_TO_BE_REPLACED

There have been some General Conference talks in recent years about the priesthood that have really stuck out for me, such as “Healing the Sick” by Dallin H. Oaks in April 2010, and “The Price of Priesthood Power” by Russell M. Nelson in April 2016. As an elder in the Melchizedek Priesthood, they have been very instructional but have also left me wanting to know more about the priesthood and how to better exercise priesthood power. This book, by apostle Dale G. Renlund and his wife, Ruth Lybbert Renlund, goes a long way towards doing that.

It consists of two parts, titled “Foundations of the Priesthood” and “Doctrine of the Priesthood.” In the first part, it explains what priesthood is, its purpose, the offices and keys, and the oaths and covenants associated with it. The second part talks about putting the priesthood into action and becoming better priesthood holders. At the end of the book there is also a small section of “Chapter Summaries” that can serve as a review of the material contained in the book.

What ought we to do if we believe we have received revelation that differs with the united voice of the First Presidency and Twelve apostles?

One of the great strengths–and arguably one of the defining features–of LDS doctrine as a belief in on-going revelation, both to Church leaders and individuals members. Members understand that the revelation they receive is only for their areas of stewardship and responsibility.

What should we do, then, in the case where we sincerely believe we have received revelation that tells us that the highest councils of united Church leaders are mistaken?

I here suggest five important principles drawn from apostles and prophets about such situations, which have blessed my life.
END_OF_DOCUMENT_TOKEN_TO_BE_REPLACED

April 2015 General Conference featured presenters from the presiding quorums and general officers of The Church of Jesus Christ of Latter-day Saints. In this podcast, volunteers from FairMormon discuss the issues and quotes from selected talks through an apologetic perspective.

Panelists in this episode are Steve Densley, and Cassandra Hedelius (via telephone); moderated by Nick Galieti. In this episode, Part 2, the panel reviews the General Conference sessions that were broadcast on Sunday Morning, Sunday Afternoon, and The General Women’s Session.

Click here for a listing of all the General Conference Presentations from LDS.org

April 2015 General Conference featured presenters from the presiding quorums and general officers of The Church of Jesus Christ of Latter-day Saints. In this podcast, volunteers from FairMormon discuss the issues and quotes from selected talks through an apologetic perspective.

Panelists in this episode are Laura Hales, Stephen Smoot, and Neal Rappleye; moderated by Nick Galieti. In this episode, Part 1, the panel reviews the General Conference sessions that were broadcast on Saturday Morning, Saturday Afternoon, and The General Priesthood Session.

Click here for a listing of all the General Conference Presentations from LDS.org