Isaiah and  Approaching God on the Day of Atonement

This week is the celebration of Yom Kippur, or the Day of Atonement. It takes place from sundown on Tuesday, October 4th, until sundown on Wednesday, October 5th. It is the holiest celebration in all the festivals the Lord commanded Israel to observe. You can read about it in Leviticus 16. This is the day where sacrifices were made to cleanse the tabernacle, everything in it, and all of Israel. One goat was sacrificed, and another had the sins of Israel symbolically transferred to it, and then that (scape)goat was driven into the wilderness. After these rituals and more, the high priest, representing all of Israel, could enter into the Holy of Holies and symbolically be reunited with the presence of God. This once-a-year ritual was the most significant event in the year.

While today a ritual reunion with God in the Holy of Holies is not a possibility, since the temple no longer stands, the focus on overcoming separation from God remains a focus of the day. Rather than the ritual washings and sacrifices, fasting has become the primary method for drawing nearer to God. Because of this, one of the scriptures many observant Jews read on Yom Kippur is Isaiah 58, gleaning from its teachings about fasting. It is serendipitous that this week’s Come Follow Me reading includes that very chapter, so that we too can focus on how fasting can help us overcome our separation from God. Further, another chapter from this week’s reading also has a strong Day of Atonement tie. Thus, for this week’s essay, we will read excerpts from my commentary in Learning to Love Isaiah, for those two chapters.

58:3
“As a group who thinks they are being righteous and are truly approaching God as He had asked, Israel can’t understand why He doesn’t answer their prayers when they fast and inquire of Him. God answers and tells them why. Their fast isn’t sincere. At the same time, while they are fasting, they go about their normal day’s work and routine and seek the pleasures of the flesh. They are going without food, but they aren’t dedicating themselves in thought, prayer, and heart the way they should when sincerely fasting.

58:6
“In a way we are enslaved to the tyranny of our need for food. Just as fasting temporarily releases us from that tyranny, it should be a time to focus on release from all forms of tyranny and bondage in which we find ourselves. Fasting should help us focus on how we can escape whatever worldly bonds to which we subjected ourselves. Finding freedom from some of the effects of the Fall is the focus of this kind of fast. Further, the fast should help relieve the burdens of the poor and oppressed.

58:7
“One of the ways we can help break the tyranny of the need for food is to impart food to those who do not have it. As we choose to go without meeting some of our physical needs, we can help those who are unable to provide adequately for themselves.

58:8
“In this verse, continuing through verse 12, Isaiah describes a series of great blessings available to those who engage in true fasting.
“When we fast in the right way, not to afflict ourselves but to break free of our worldly affliction and to help others break free of theirs, then we will find. It will feel as if light is springing upon us. We will feel the protection and power of God, who delivers us and brings us protection against those bonds we are trying to escape” (Learning to Love Isaiah, pp. 470-471).

“The first two verses of this chapter comprise the passage that Jesus read in the synagogue in Nazareth when he announced to them that He was the Messiah (see Luke 4:16–21). Clearly, they understood this to be a messianic prophecy, at least partially because the verse begins by saying that the speaker has been anointed (Messiah means “anointed one”). Yet the focus of this verse is more on redemption than any other Messianic aspect, for it surely refers to the Jubilee year. The law of Moses outlines that after 7 rounds of 7 years (49), the next year (the 50th) was a Jubilee year (see Leviticus 25:8–24). During that 50th year, on the Day of Atonement, the trumpet was to sound, “declaring” the Jubilee (or acceptable year). Isaiah even quotes part of Leviticus 25:10, which says that they are to “proclaim liberty” to those who had lost it. In the Jubilee year, those who had become captive slaves were to be given liberty, and those who had become imprisoned or enslaved due to default on debt were to be set free, and lands that had been sold to meet debt were to be returned, and the land was to rest as well. All of this is referred to in the first two verses of Isaiah chapter 61. The freeing of captives was known as redeeming them, and Christ is the Redeemer of Israel.
. . .

“The Jubilee aspects of these verses should not be underestimated. Surely in Isaiah’s day and thereafter it influenced how it was interpreted, and thus should also influence us. Are not all Israelites supposed to help with the liberation and freedom and rejoicing that comes in a Jubilee year? While these verses certainly apply to Christ, and probably to Isaiah as well, they surely apply to all Israelites who will follow the commands of God. Each covenant member, both ancient and modern, should do their part to provide liberty and freedom and restoration to all those in bondage. Each should provide rest and joy to the land and those in it. All this is possible because of Christ, but we each have a role to play in it as well. There are also connotations that God would deliver Israel when she was put into bondage, a meaning that undoubtedly was read into this passage during the Exile and in the days of Roman dominion during the Savior’s life.
“An example of Israel’s participation in this liberating process is provided in Jeremiah 34:8–10, when the leaders of Israel set at liberty all those whom they were commanded to free. Sadly, in Jeremiah 34:11, they undid their actions and reclaimed their servants and slaves. The Lord made it clear that their failure to proclaim liberty is partly why they were brought into captivity. Based on this example, perhaps this is what is meant by preaching the acceptable year of the Lord (the Jubilee year), and the day of vengeance of our God. Those who help set at liberty God’s children will find God’s comfort, but those who do not will experience His vengeance. He is ready to redeem those who will redeem but is angry with those who have experienced His covenant blessings but will not apply them to others in acts of covenant redemption” (Learning to Love Isaiah, pp. 493-93). 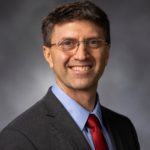