“Have You Been Saved By Grace?” How Do We Respond? – Come, Follow Me

(From a presentation given at the 2018 FAIR Conference)

Grace, like many English words, has multiple meanings. It can mean elegance and beauty. It can mean kindness and courtesy. It can be a title, ‘Your Grace.’ It can be a salutation, “Grace be unto you,” like we read in the in the New Testament, and it can also be a prayer–we’re saying grace. With so many different meanings, no wonder there’s confusion. If we go back to the Hebrew word that was translated as grace, then the word means favor or goodwill given with compassion. No wonder Christians grabbed that word to describe God’s favor, God’s goodwill given with God’s compassion. But Latter-day Saints understand that grace is not just a description of God’s attributes. It is how he engages with us as we strive to attain those very attributes. Listen to what President Dieter F. Uchtdorf has said:

He says, “Grace is the divine assistance and endowment of strength by which we grow from the flawed and limited beings we are now into Exalted Beings.”

Grace as Part of the Journey, Not a Destination

So grace is the strength He gives us to make us strong. It is the divine help He gives us to make us divine. When I was younger, I always thought that grace was somehow waiting for me at a finish line; that I had to do everything I possibly could to get to the finish line. I had to be down on my hands and knees. I had to be scraping with dirt under my fingernails and then somehow grace would come. But now I understand that grace is not waiting at the finish line. It’s the power that gets me to the finish line. It’s not a light waiting at the end of the tunnel. Rather, it’s the light that surrounds me here and now and moves me to the end of the tunnel.

The Connection Between Covenant and Grace

When I was younger, I kind of felt like grace somehow supplemented my works or that my works somehow supplemented Jesus’s grace as if we had to meet some sort of minimum height requirement to get into heaven. But now I understand that it’s not about height. It’s about growth. So instead of seeing grace as something that supplements our works – as something that supplements – I realized we get to heaven, not by supplementing but by covenanting. And the covenant is a warm relationship, a relationship that is greater than the sum of its parts. So instead of speaking about God’s part and my part, now I speak more about God’s heart and my heart, loving each other and being conformed to the same image.

Listen to what Elder D. Todd Christofferson has said: “We do not need to achieve some minimum level of capacity or goodness before God will help. Divine aid can be ours, every hour of every day, no matter where we are in the path of obedience.”

Now, that said, we have to be a little careful that we don’t let grace become a catch-all word for every divine interaction which has happened in a lot of mainstream Christianity. A grace kind of defines everything that God does, everything that He is, every interaction He has in our lives. But we need to keep grace as a word in its place because there’s a whole umbrella that covers the many ways that God interacts with his children. We have answers to prayer. We have tender mercies. 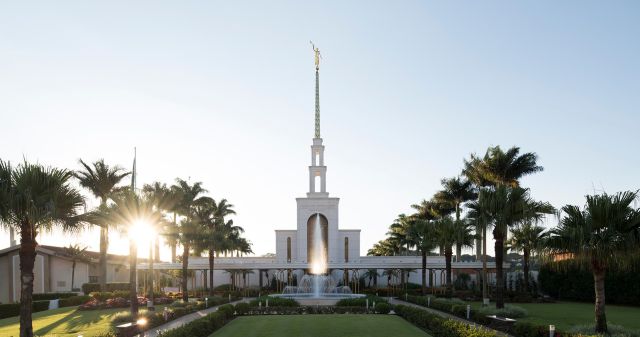 Do Latter-day Saints ignore the doctrine of grace at the expense of “works”?

How do Latter-day Saints understand the significance of the blood shed by Christ?

Did Joseph Smith teach animal sacrifice as part of the “restoration of all things”?

How can one approach reconciling confusing, seemingly disturbing, or otherwise troubling texts from the scriptures?

Question: Are the scriptures misogynistic/sexist?

KnoWhy OTL03A — What Can the Architecture of Israelite Temples Teach Us About Creation and the Garden of Eden?, Jeffrey M. Bradshaw, January 8, 2018

Interpreter Foundation – Prospering in the Land: A Comparison of Covenant Promises in Leviticus and First Nephi 2, Kerry Muhlestein, June 14, 2019

Avram Shannon on the Law of Moses and Holiness – The Scriptures are Real Podcast, Kerry Muhlestein

Tabernacles, Temples, and Our Journey to be with God – The Scriptures are Real Podcast, Kerry Muhlestein

Mosaic Laws of Love and Mercy – The Scriptures are Real Podcast, Kerry Muhlestein

Thoughts to Keep in Mind: The Tabernacle and Sacrifice

Leaving Egypt—as important and miraculous as that was—didn’t fully accomplish God’s purposes for the children of Israel. Even future prosperity in the promised land wasn’t God’s ultimate objective for them. These were only steps toward what God really wanted for His people: “Ye shall be holy: for I the Lord your God am holy” (Leviticus 19:2). How did God seek to make His people holy when they had known nothing but captivity for generations? He commanded them to create a place of holiness to the Lord—a tabernacle in the wilderness. He gave them covenants and laws to guide their actions and, ultimately, to change their hearts. And when they fell short in their efforts to keep those laws, He commanded them to make animal sacrifices to symbolize atonement for their sins. All of this was meant to point their minds, their hearts, and their lives toward the Savior and the redemption He offers. He is the true path to holiness, for the Israelites and for us. We have all spent some time in the captivity of sin, and we are all invited to repent—to leave sin behind and follow Jesus Christ, who has promised, “I am able to make you holy” (Doctrine and Covenants 60:7).

For an overview of the book of Leviticus, see “Leviticus” in the Bible Dictionary. 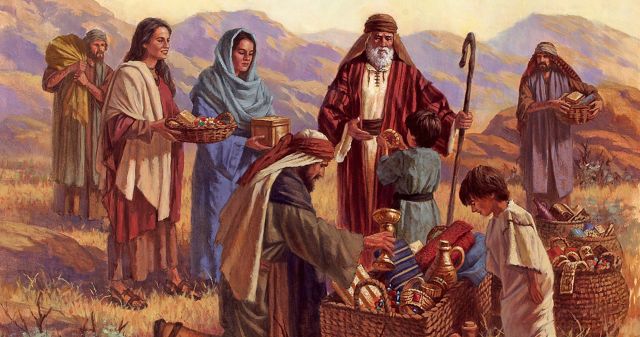