Silkworms and the Book of Mormon

Wild silk was produced by the Gloveria paidii, a moth, and the Eucheira socialis, a butterfly, found in the Oaxaca area (de Ávila Blomberg, 1997). It is suggested by de Ávila Blomberg that wild silk was used in Oaxaca in pre-Columbian times, a theory that has been greatly debated. However, in a 1777 document, an excavation of a pre-Columbian burial site is described as containing wild silk.[1] 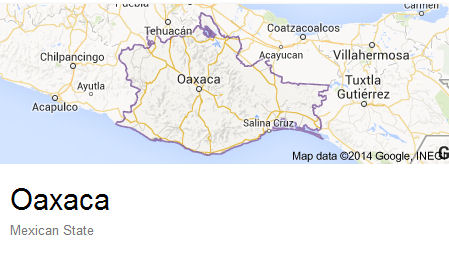 Linen and silk are textiles mentioned in the Book of Mormon (Alma 4:6). Neither fabric as we now know them was found in Mesoamerica at the coming of the Spaniards. The problem might be no more than linguistic. The redoubtable Bernal Diaz, who served with Cortez in the initial wave of conquest, described native Mexican garments made of "henequen which is like linen." [3] The fiber of the maguey plant, from which henequen was manufactured, closely resembles the flax fiber used to make European linen. Several kinds of "silk," too, were reported by the conquerors. One kind was of thread spun from the fine hair on the bellies of rabbits. Padre Motolinia also reported the presence of a wild silkworm, although he thought the Indians did not make use of the cocoons. But other reports indicate that wild silk was spun and woven in certain areas of Mesoamerica. Another type came from the pod of the ceiba tree. [4] We may never discover actual remains of these fabrics, but at least the use of the words in the Book of Mormon now seems to offer no problem.

Sorenson: "At the time of the Spanish conquest, natives in Mexico would gather cocoons from a type of wild silkworm and spin the thread into expensive cloth"

Some people have wondered why the Book of Mormon mentions silk and linen (see Alma 1:29), since silkworms and linen as we know them were apparently not known in ancient America. The answer may be that even though the worm that eats mulberry leaves and produces silk in its cocoon seems to have been restricted to the Far East, several ancient American peoples had cloth as fine as and similar to silk.

At the time of the Spanish conquest, natives in Mexico would gather cocoons from a type of wild silkworm and spin the thread into expensive cloth. People in the Yucatan would also spin the silky floss from the pod of the ceiba tree (or silk-cotton tree) into a soft, delicate cloth called kapok. The silky fiber of the wild pineapple plant was also prized in tropical America, yielding a fine, durable cloth. The Aztecs made a silklike fabric using hair from the bellies of rabbits. Some cotton specimens excavated at Teotihuacan, dating to A.D. 400, have been described as even, very fine, and gossamer-thin.

As for linen, the flax plant from which the cloth is made was apparently not known in ancient America. However, several fabrics that look and feel like European linen were woven from native plants. The yucca plant and the leaves of the ixtle (agave plant) both yield fibers that make fine, linen-like cloth. A cloth made by stripping bark from the fig tree, soaking it, and pounding it also has some of the characteristics of linen. [5]

Peterson: "The 'silk' is unlikely to have been produced from silkworms as in China, but similar fabrics were known, at least in Mesoamerica"

"Silk and fine-twined linen" are mentioned (e.g., Alma 1:29; Ether 10:24) along with common (cotton?) cloth. The "silk" is unlikely to have been produced from silkworms as in China, but similar fabrics were known, at least in Mesoamerica. For example, in Guatemala fiber from the wild pineapple plant, and among the Aztecs rabbit hair, served to make silklike fabrics. Although flax apparently was not known in America prior to the arrival of the Spaniards (linen was made from flax in the Old World), several vegetable-based fabrics with similar characteristics are well attested in ancient America (Update, Nov. 1988).[6]

Video: Silk and Archaeology in the Book of Mormon

This category has only the following subcategory.

Pages in category "Book of Mormon/Animals/Silkworms"

The following 5 pages are in this category, out of 5 total.