Vernal Holley claimed to have reconstructed a Book of Mormon geography based on a Great Lakes setting from the Book of Mormon text, which he then compares to the New England of Joseph Smith's day.[1]

In order for Holley's theory to work at all, critics must develop a map based on New England; they cannot reconstruct their map from the Book of Mormon text itself—the Book of Mormon's geography is coherent and consistent, and it does not match Holley's efforts at all.

Holley's reconstruction is seriously flawed, and does not match the Book of Mormon text

It is interesting to note the critical response to these issues:

The Book of Mormon geography is well documented and has been shown to be internally consistent, therefore such critical speculation based upon absent evidence that Holley to document does not carry any significant weight. 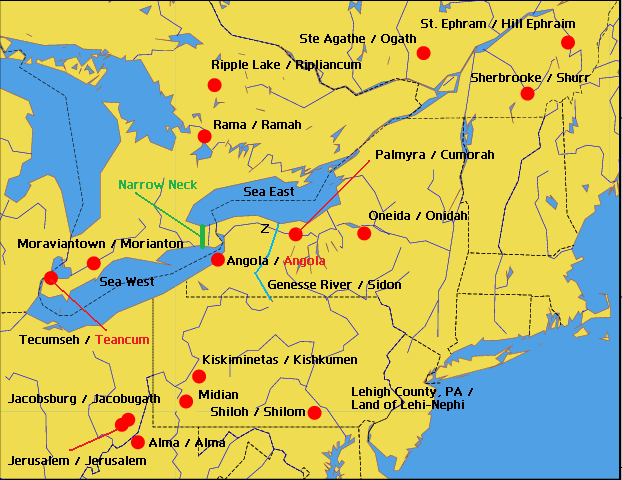 Figure 1: Geography as proposed by Vernal Holley (1983). Z = proposed city of Zarahemla site. Bright blue line is the model's "River Sidon." Names in red represent towns not in existence at the time of the Book of Mormon's publication. Note that the maps available at Mazeministries contain the following errors: 1) Jerusalem and Jacobsburg are too far apart; 2) Alma is too far to the east; 3) Mount Ephrim should be north-east, not north-west of Sherbrooke.

Some blatant errors in the Holley map

Some geographical problems with this map include:

Even based on these three errors, it should be clear that Holley's map has serious problems.

Further errors in the Holley map

But, the problems continue with virtually every place name on the map:

We should note too that many of Holley's "matches" are locations mentioned only once in the Book of Mormon text—they cannot be placed with any confidence on an internal map based on the text alone, and so Holley can simply plop them wherever he likes in New England without fear of contradiction. (He relies heavily on Jaredite place names, and Jaredite geography is much less clear than Nephite.) His map would be more impressive if locations mentioned frequency in the Book of Mormon actually matched his map in relatively location and distance.

Clearly, then, this map has been designed by first looking at a New England map, and then placing Book of Mormon place names on it. The map is incoherent if one starts with the Book of Mormon text itself. This portion of the argument, then, is merely an exercise in circular reasoning and proves nothing, save that those who think this represents a plausible map do not know the Book of Mormon text well.

The Holley map is used to support the Spalding theory

Critics have used Holley's geography and map to support the Spalding/Rigdon theory of Book of Mormon authorship as well. In the alleged "second manuscript" that some imagine that Solomon Spalding produced, it is theorized that either Spalding himself, or Sidney Rigdon as the person who allegedly stole a yet-to-be-discovered second Spalding manuscript, incorporated existing place names in some form into the story. In Spalding's extant (and unfinished) manuscript, he is known to have incorporated known place names to identify specific groups of people (e.g. "Kentucks", "Delwans," and "Ohians"). 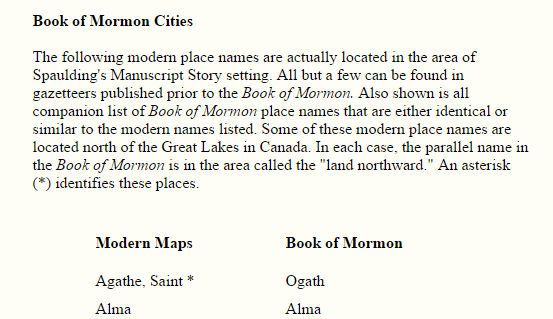 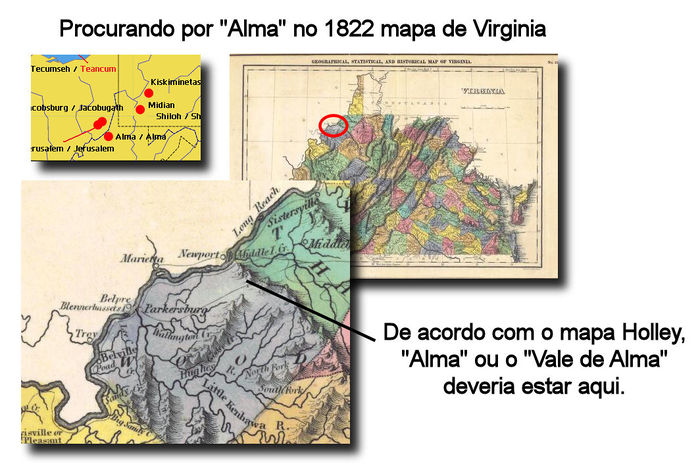 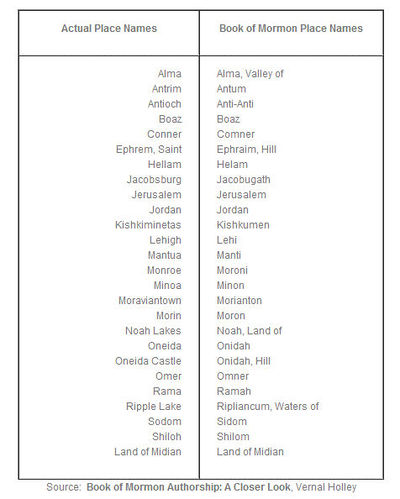 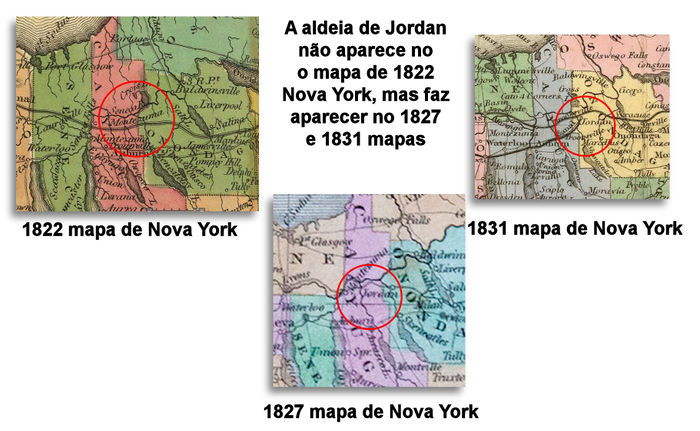 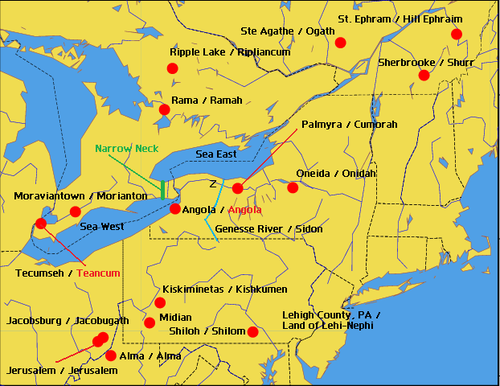 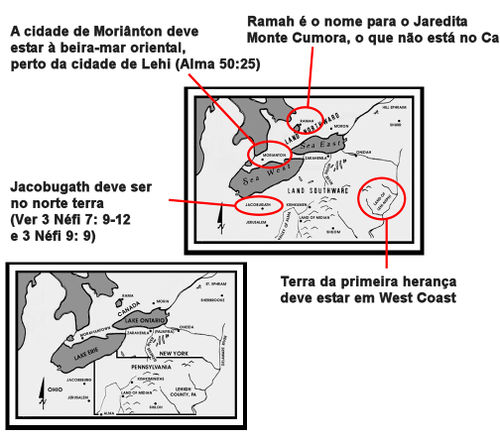