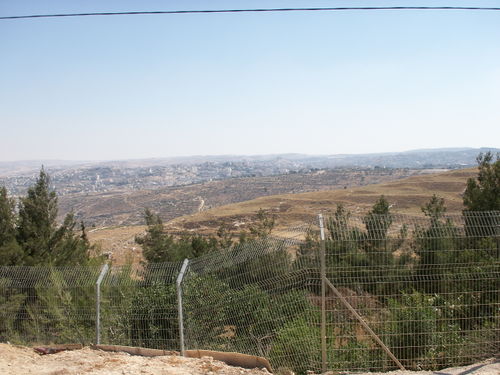 This is consistent with the usage of the ancient Middle East. El Amarna letter #287 reports that "a town of the land of Jerusalem, Bit-Lahmi [Bethlehem] by name, a town belonging to the king, has gone over to the side of the people of Keilah."[3] (One over-confident 19th century critic blithely assured his readers that "There is no such land. No part of Palestine bears the name of Jerusalem, except the city itself."[4] While this was perhaps true in the 19th century, it was not true anciently. A supposed "howler" turns into evidence for the text's antiquity.

The land of Jerusalem is not the city of Jerusalem. Lehi "dwelt at Jerusalem in all his days" (1  Nephi 1:4), yet his sons had to "go down to the land of our father's inheritance" to pick up their property (1  Nephi 3:16,22). The apparent anomaly is readily explained by the Amarna Letters, in which we read that "a city of the land of Jerusalem, Bet-Ninib, has been captured."17 It was the rule in Palestine and Syria from ancient times, as the same letters show, for a large area around a city and all the inhabitants of that area to bear the name of the city.18 It is taken for granted that if Nephi lived at Jerusalem he would know about the surrounding country: "I, of myself, have dwelt at Jerusalem, wherefore I know concerning the regions round about" (2  Nephi 25:6; italics added). But this was quite unknown at the time the Book of Mormon was written—the Amarna Letters were discovered in 1887. One of the favorite points of attack on the Book of Mormon has been the statement in Alma 7:10 that the Savior would be born "at Jerusalem which is the land of our forefathers" (italics added). Here Jerusalem is not the city "in the land of our forefathers"; it is the land. Christ was born in a village some six miles from the city of Jerusalem; it was not in the city, but it was in what we now know the ancients themselves designated as "the land of Jerusalem." Such a neat test of authenticity is not often found in ancient documents.[5]