Summary: The Church has posted a series of Gospel Topics essays on LDS.org which discuss a variety of issues related to Church History and belief.

Steven E. Snow: "The First Presidency and the Quorum of the Twelve both have been very supportive of this process"

The First Presidency and the Quorum of the Twelve both have been very supportive of this process....I think they sense the need to provide accurate information to our members to counter a lot of sensationalism that tends to come about online or on the Internet over some of these historical topics. We want them to be able to go to a place where they can read accurate information and be able to seek to understand those historical chapters in the context of time and place and understand these answers have been approved by the presiding Brethren of the church. I think that will give many of our members confidence that they can rely on those answers.[1]

Question: What has the Church done to help members learn about historical issues?

The Church has posted a series of essays on LDS.org in the Gospel Topics section

The Church has posted a series of essays on LDS.org in the Gospel Topics section. These essays have been written by historians and reviewed and approved by the First Presidency. In addition, material on these topics has been incorporated into new Seminary manuals. The Gospel Topics essays may be accessed through the main menu by selecting the "Teachings" menu on LDS.org, then selecting "Gospel Topics." The essays may be found under the alphabetical index. Additional essays will be posted on LDS.org in the upcoming months. 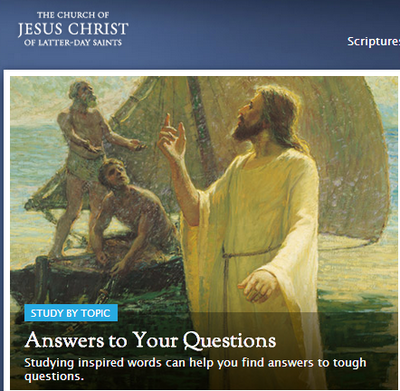 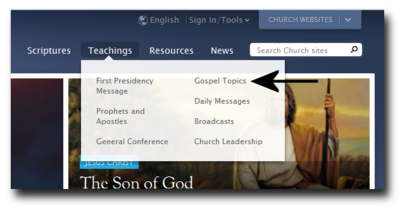