Why my skeptical nature doesn’t thwart my faith.

I’m a skeptic at heart. While this claim might give pause to those who are either critical of my LDS beliefs or are critical of any belief in the supernatural (such as in a God, or a hereafter), I have no other way to understand myself without including a noticeable degree of skepticism.

I wasn’t always this way. Like many (if not most) youngsters, I believed what I was told by my parents, teachers, and adults of authority. Like a number of other people, however, time proved that all people are fallible, are sometimes wrong, and don’t know everything. Maturity taught me that just because someone smart knows something about X, doesn’t necessarily mean they are also an expert on Y.

As an active and believing Latter-day Saint I also realized (over time) that the fallible nature of human understanding extended to local church leaders, global church leaders, modern prophets, past prophets, and to those who penned scripture. If humans have something to do with it, we can rest assured that there will be some mistakes.

The realization that everything (literally everything) could be (and perhaps should be) questioned creates an atmosphere of doubt, uncertainty (perhaps even a bit of trepidation), and skepticism. Wisdom teaches us that we shouldn’t be crippled by doubt or uncertainty. Uncertainty and ambiguity are real, and unavoidable, parts of life. We will not get all answers to every question we have, or concern with which we are faced. And some of the things we accept today, will be proven incorrect tomorrow. Likewise, some of the unknowns that confound us today, will be answered tomorrow.

President Uchtdorf’s 2013 comment that we doubt our doubts before we doubt our faith[i] can be applied to our various levels of understanding and even to areas that do not involve our religious faith. Scientists and scholars regularly doubt their doubts—that’s what moves science forward.

As poet Bliss Carman purportedly wrote, “What are facts but compromises? A fact merely marks the point where we have agreed to let investigation cease. Investigate further and your facts disappear.”[ii] At some point in my intellectual journey (a journey that is still ongoing), I came to realize that this same maxim often applies to both religious and secular topics.

The understanding that our understanding of most things is incomplete, drives me to be skeptical of “most things.” I don’t reject most things, I’m just skeptical that we have a certainty of knowledge about most things. I try to keep my mind opening to additional enlightenment with the recognition that new information and better data may cause me to rethink some of my assumptions or to jettison unexamined (or even examined) assumptions.

In Others We Trust

Because no human can be hard-core skeptical of everything (otherwise they would become immobilized by analysis paralysis), all of us must accept some things on faith. We are forced to “let investigation cease” (or at least suspend investigation momentarily) and accept—on faith, to some degree—that our personal evaluation of the data, and weighing of evidence, has led us to a correct conclusion. Or, we might reach a point where we must put our trust (our faith) in other people—in “experts” or authorities. Every one of us must trust someone else (and we typically trust many other people)—whether it’s the auto mechanic, the chef, the deli clerk, the accountant, the lawyer, the doctor or dentist, or a present or past prophet.

When we trust a doctor, we trust that they know what they are talking about regarding our health. When we trust the mechanic, we have faith that she is an expert at fixing car problems like the one that’s troubling our vehicle. We may also trust a past prophet who claims to have received an ancient record on golden plates—we trust that he wasn’t delusional or lying.

My personal skepticism prevents me from fully trusting that the doctor knows all the remedies for problems regarding my health (or that no future scientific advances will alter his prescriptions and proscriptions). I’m skeptical that my mechanic can fix every problem my car ever has, or any problem for any car I’ll ever own. I’m skeptical that a past prophet gave 100% off all details about an angelic visitation in a perfect unambiguous recital that wasn’t influenced by his own assumptions and worldview.

I can fully understand and appreciate that a number of people refuse to believe in the supernatural, or unique LDS truth claims, because they feel that the writings of men who claim to have talked to God cannot be trusted—either because that person has a preconceived worldview that humans cannot talk to supernatural beings (because such beings don’t exist), or because they suspect that the man making the claim is untrustworthy.

Earlier in this essay I wrote: “Maturity taught me that just because someone smart knows something about X, doesn’t necessarily mean they are also an expert on Y.” This sometimes applies to the trust problem as well. Just because someone has failed us on the accuracy of X, doesn’t mean that they are not trustworthy sources on Y. I realize this can be tricky to navigate. We may, for example, lack confidence in someone because we feel we’ve been burned multiple times; it may be hard to trust them with anything. Fool me once, shame on you, fool me twice shame on me.

If our trust is completely tied to a person’s mistakes, however, we will never trust anyone—because everyone (every human) makes mistakes. Some our missteps are mistakes of omission and some are mistakes of commission. We make blunders because we don’t know everything, and we make misjudgments and even transgressions, because we think we know too much, or because pride and selfishness frequently drives our decisions (and that applies to us all).

As I’ve aged, I’ve decided that that the best way for me to determine the accuracy of any truth claims that I question (and, as noted earlier, we’ll suffer analysis paralysis if we question everything all the time), is to weigh the evidence for and against each individual claim. And—and this is very important—we need to approach each claim from within the framework and context in which the claims were made. I’ll dig into this deeper in my forthcoming book, Rethinking Revelation, but it’s important to understand that every one of us understands and disseminates information according to our own knowledge, assumptions, and worldviews.

Critics of the Church would probably argue that I can’t really be a skeptic because I believe the traditional LDS narratives and that I don’t automatically embrace the arguments of the critics. But being a skeptic means that I question both the pro and con arguments for the various LDS narratives. There is no definitive evidence that will settle the issue for all intelligent and honest truth-seekers. Anyone (on either side of the argument) who claims otherwise is either not being honest with themselves or is dismally unaware of how a human’s decision-making process really functions.

There are many reasons why different people will embrace one piece of data as evidence while rejecting another piece of data as contrary evidence. Each person must decide for themselves what strength or weaknesses to assign to the various “evidences.”

As new information comes forth, and more accurate details are uncovered, or as better arguments are articulated, I’ve changed some positions, modified other positions, or have felt more secure in still other positions.

While I fully recognize that ancient prophets, 19th century prophets, and even modern prophets have made mistakes (like all humans), from a big picture perspective I haven’t found any logical secular arguments that have unseated my own personal belief that the gist of most LDS narratives are trustworthy. When, for example, my skepticism weighs the evidence (pro and con), embraces the likelihood of inaccuracies, and attempts to understand Joseph Smith’s narrative according to his life and milieu, I come to the logical conclusion that Joseph was telling the truth and that he acquired (and translated) an ancient American record recorded on metal plates.

[ii] “On Having Known a Poet,” Atlantic Monthly (June 1906), 712. Although the author of this magazine contribution is anonymous, Bruce Bohle attributes the quote to frequent contributor Bliss Carman, The Home Book of American Quotations (New York: Dodd, Mead, and Company, 1967), 90. 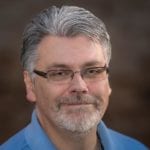 Michael R. Ash, a FAIR member for more than twenty years, has been featured in nearly 90 podcasts and 30 videos. In more than two decades of writing LDS-themed material, and as a former weekly columnist for Mormon Times (owned by the Deseret News), his works include over 160 on-line articles, as well as articles in periodicals such as the Ensign, Sunstone, Neal A. Maxwell Institute’s FARMS Review, and Dialogue: A Journal of Mormon Thought. Michael is the author of three popular LDS books: Shaken Faith Syndrome: Strengthening One’s Testimony in the Face of Criticism and Doubt (also available in German and Italian), Of Faith and Reason: 80 Evidences Supporting the Prophet Joseph Smith, and Bamboozled by the CES Letter: An honest response to the .pdf pamphlet entitled “Letter to a CES Director.” Michael’s newest book, Rethinking Revelation and the Human Element in Scripture: The Prophet’s Role as Creative Co-Author, is slated for release in mid-2021.