There are a number of points to observe in the text.  First, it is important to notice how the writer echoes the language of Genesis 3.  As Eve saw that the forbidden fruit was pleasing to the eyes and reached out and took it, so David sees that Bathsheba, one who is forbidden to him because married to another, is beautiful and takes her.  As humanity fell in the garden, so David as king in a sense falls here.  Hence his reign will never be the same again.  And in seeing David’s fall, we learn something of the sinful psychology of our own hearts: sin places me at the center and makes everything else instrumental to my satisfaction, desires, and happiness.

We can see this reinforced in a second aspect of the passage. Note the dehumanization of Bathsheba in the way the writer refers to her.  Commentators debate whether the sexual encounter described is rape or consensual adultery. There is likely no way to be definitive on the matter but I am inclined to the former.  Notice how she is consistently described in this passage as the woman with reference to David and Bathsheba only with reference to Uriah, her husband.  To Uriah, she is a person, not an object.  She is Bathsheba, the woman he knows and loves. To David, she is simply an object, a beautiful body, a means to his own sexual gratification.  Therein we see something of the impact of sin on human beings: other people become means to ends and, to the extent they do not play along with that, problems to be solved.  That is why the first major event of which we read after Genesis 3 is the murder of Abel by Cain.  Abel was a problem, a reminder of Cain’s failure to offer appropriate sacrifice.  And so he had to be removed.

Third, note the language of taking.  This echoes that used by Samuel in 1 Samuel 8 when Israel asks for a king.  Samuel responds by describing the kind of king that the LORD will give them, vv. 10-18.  This king, he says, will be marked out above all by the fact that he takes from the people – sons, daughters, land, produce.  Taking will be his standard way of treating them.

Up until this point in the narrative, that description has fitted Saul, David’s predecessor. But suddenly the ominous taking is applied to David.  As great a king as he is, he too is a failure.  He is not the king that truly reflects God’s reign over the people, as Israelite kings were supposed to do.  And that moves the biblical narrative forward. If it is not David who can be God’s king, then who?  The Psalms offer hints, most notably in Psalm 110.  And Jesus picks up on this in the New Testament, using it to point others to himself, e.g., Matthew 22:41-45.  The failure of David in 2 Samuel 11 pushes the Israelites – and us as we read the Bible – to look elsewhere for the great king who is to come.  Only God, manifesting himself in human flesh, can be the king that is needed, Ezekial 34. 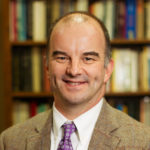 Carl R Trueman is a graduate of the Universities of Cambridge (MA) and Abderdeen (PhD) and formerly served on faculty at the Universities of Nottingham and Aberdeen and Westminster Theological Seminary (PA).  Before joining the Grove City College faculty in 2018, he was the William E. Simon Visiting Fellow in Religion and Public Life at Princeton University.  He is married with two adult sons and is also an ordained minister in the Orthodox Presbyterian Church.  He is the author of numerous books, including Histories and Fallacies and The Rise and Triumph of the Modern Self, both from Crossway, and joint editor (with Bruce Gordon) of The Oxford Handbook of Calvin and Calvinism (Oxford University Press, forthcoming).