The circumstances of the plural marriage of Zina Diantha Huntington Jacobs to Joseph Smith, Jr.

Summary: Zina Diantha Huntington Jacobs was sealed to Joseph Smith while she was already carrying the child of her husband Henry Jacobs at the time. Why would Joseph be sealed to the wife of someone who was not only married to someone else, but pregnant with her husband's child?

Question: Why would Joseph be sealed to the wife of someone who was not only married to someone else, but pregnant with her husband's child? 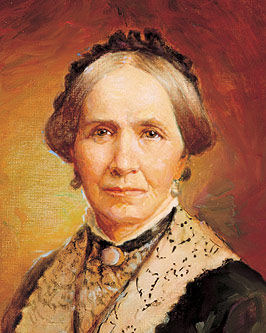 In 1839, at age 18, Zina arrived with her parents in Nauvoo after being driven out of Missouri. Faithful LDS missionary Henry Jacobs courted her during 1840–41. At the same time, Joseph Smith had taught Zina the doctrine of plural marriage, and thrice asked her to marry him. She declined each time, and she and Henry were wed 7 March 1841. [1] Zina and Henry were married by John C. Bennett, then mayor of Nauvoo. They had invited Joseph to perform the ceremony, but Bennett stepped in when Joseph did not arrive:

…Zina asked the Prophet to perform the marriage. They went to the Clerk’s office and the Prophet did not arrive, so they were married by John C. Bennett. When they saw Joseph they asked him why he didn’t come, and he told them the Lord had made it known to him that she was to be his Celestial wife. [2]

Family tradition holds, then, that Zina and Henry were aware of Joseph's plural marriage teachings and his proposal to Zina. While this perspective is late and after-the-fact, it is consistent with the Jacobs' behaviour thereafter. Zina's family also wrote that Henry believed that "whatever the Prophet did was right, without making the wisdom of God's authorities bend to the reasoning of any man." [3]

On 27 October 1841, Zina was sealed to Joseph Smith by her brother, Dimick Huntington. She was six months pregnant by Henry, and continued to live with him. 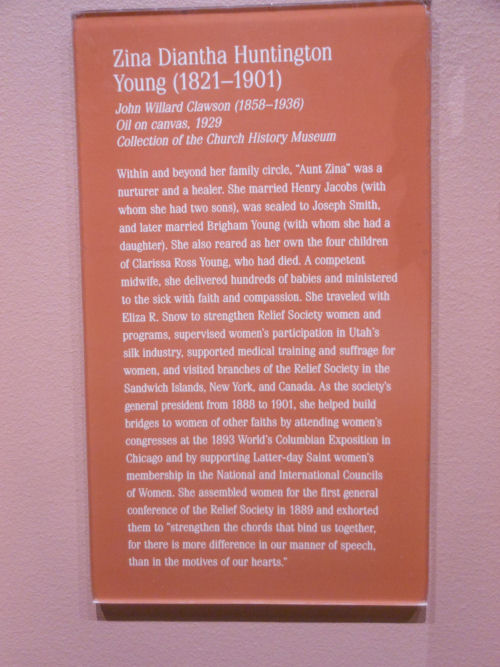 Zina had refused Joseph's suit three times and chosen to marry Henry, but then decided to be sealed to Joseph

Joseph Smith and Brigham Young's "mistreatment" of Henry and their "theft" of his family have received a great deal of publicity, thanks to late 19th century anti-Mormon sources, and Fawn Brodie increased their cachet for a 20th century audience. [4] For present purposes, we will focus on Zina. She had refused Joseph's suit three times, and chosen to marry Henry. Why did she decide to be sealed to Joseph?

When interrogated by a member of the RLDS Church, Zina refused to be drawn into specifics. She made her motivations clear, and explained that God had prepared her mind for Joseph's teachings even before she had heard them:

Q. "Can you give us the date of that marriage with Joseph Smith?"
A. "No, sir, I could not."
Q. "Not even the year?"
A. "No, I do not remember. It was something too sacred to be talked about; it was more to me than life or death. I never breathed it for years. I will tell you the facts. I had dreams—I am no dreamer but I had dreams that I could not account for. I know this is the work of the Lord; it was revealed to me, even when young. Things were presented to my mind that I could not account for. When Joseph Smith revealed this order [Celestial marriage] I knew what it meant; the Lord was preparing my mind to receive it." [5]

Henry Jacobs stood as proxy for Zina's post-martyrdom sealing to Joseph, and her marriage for time to Brigham Young

Henry was to stand as proxy for Zina's post-martyrdom sealing to Joseph, and her marriage for time to Brigham Young. He and Zina separated soon thereafter, and Henry was soon gone on one of his many missions for the Church. [6]

Zina herself clearly explains the basis for her choice:

…when I heard that God had revealed the law of Celestial marriage that we would have the privilege of associating in family relationships in the worlds to come, I searched the scriptures and by humble prayer to my Heavenly Father I obtained a testimony for myself that God had required that order to be established in his Church. [7] Faced with questions from her RLDS interviewer that she felt exceeded propriety, Zina became evasive. She finally terminated the interview by saying, "Mr. Wight, you are speaking on the most sacred experiences of my life…."[8] 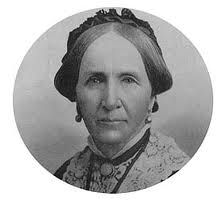 Question: What did the husband of Zina D. Huntington know about her sealing to Joseph Smith for eternity?

Zina married Henry Jacobs in 1840, and was sealed to Joseph Smith for eternity in 1841

Zina married Henry Jacobs in 1840, and was sealed to Joseph Smith for eternity in 1841,

Be it remembered that on this first day of May A.D. eighteen sixty nine before me Elias Smith Probate Judge for Said County personally appeared, Zina Diantha Huntington ^Young^ who was by me Sworn in due form of law, and upon her oath Saith, that on the twenty-Seventh day of October A.D. 1841, at the City of Nauvoo, County of Hancock, State of Illinois, She was married or Sealed to Joseph Smith, President of the Church of Jesus Christ of Latter Day Saints, by Dimick B. Huntington, a High Priest in Said Church, according to the laws of the same; regulating marriage; In the presence of Fanny Maria Huntington. [9]

There are many stories and accusations related to the marriage of Zina and Henry, and her sealing to Joseph. For details regarding each of these allegations, see Brian and Laura Hales, "Zina Diantha Huntington," josephsmithspolygamy.org off-site.

Question: Did Brigham Young tell Henry Jacobs in front of hundreds of people that he needed to find another wife?

The Charge by William Hall

Critics of the early Saints have, often with glee, latched onto William Hall’s story and used it as a prime example of ecclesiastical abuse, pitting a powerful Brigham Young against a penniless and ill Henry Jacobs, with Zina as some kind of prize for the winner of their imagined contest. It is easy to understand how one might see things that way; it is certainly the way that William Hall portrayed the episode:

At a place called, by the Mormons, Pisgah, in Iowa, as they were passing through to Council Bluffs, Brigham Young spoke in this wise, in the hearing of hundreds: He said it was time for men who were walking in other men’s shoes to step out of them. “Brother Jacobs,” he says, “the woman you claim for a wife does not belong to you. She is the spiritual wife of brother Joseph, sealed up to him. I am his proxy, and she, in this behalf, with her children, are my property. You can go where you please, and get another, but be sure to get one of your own kindred spirit.”37

The immediate problem with such a statement is that there is no contemporary corroboration for it. Hall states that Brigham’s statement was made in the hearing of hundreds of people, yet there are no other diaries that indicate such a statement or, indeed, any statement from Brigham to Henry. The statement itself would need to have been made sometime between Henry’s arrival at Mt. Pisgah (May 18) and his departure on his mission (approximately June 1).

For instance, Patty Bartlett Sessions, who was a detailed journal writer, arrived at Mt. Pisgah in the same company as the Jacobs’ and left Mt. Pisgah on June 2, 1846. None of her diary entries for the period refer to any such statement by Brigham Young, and it is safe to assume that she would have been among the “hundreds” referenced by William Hall. In fact, Sessions continues to refer to Zina as either “Zina Jacobs” or “sister Jacobs” as late as June 3, 1847,38 which reference would seem unlikely if she had heard Brigham claim Zina (and her children) as his property and exile Henry.

The diary of William Huntington records only one semi-public and one fully public meeting between May 18 and the first of June. There was a prayer meeting for selected individuals held on May 31,39 and a meeting in the grove near Huntington’s house on June 1 that turned into a “special conference” at which “considerable business” was done.40 There is, however, no record in his diary of any denouncing of his son-in-law by Brigham.[10]

Allen Wyatt, "Zina and Her Men: An Examination of the Changing Marital State of Zina Diantha Huntington Jacobs Smith Young"

In the society built by the early Saints in the Salt Lake Valley, few women attained the status and fame accorded to Zina D.H. Young. A plural wife to Brigham Young and the third president of the Relief Society, “Aunt Zina” was recognized, known, and adored by virtually everyone. She was widely read, widely traveled, and widely respected. In the last century there have been numerous articles and entire books written about her life and times.

My purpose today is not to recount Zina’s life or add to the many general biographies focusing on her. Instead, I’ll focus on a much more limited period in her life–specifically the period almost wholly contained within the 1840s. It is this period–from the establishment of Nauvoo through the exodus to Salt Lake City–that introduces an amazing amount of change within the Church and, not coincidentally, within the life of Zina.

Zina arrived in Nauvoo with her parents in 1839, at the age of 18, after the Saints were driven out of Missouri. The coming decade formed a crucible in which Zina’s mettle was tested and her character forged. During the decade of 1841 to 1850 Zina would be married to three different men, participate in both polyandry and polygamy, establish several households, participate in the inner circles of Mormonism, be driven out of Nauvoo, travel across the continent, help establish a settlement in Iowa, attend the death of both her mother and father, and give birth to three children by two different husbands. To say that this was a formative decade in the life of a remarkable woman seems an exercise in understatement.

This decade of Zina’s life is also one that is misunderstood by many. Based solely upon this period, it is not uncommon to hear of Zina as both heroine and victim, as pawn and prevaricator. She is viewed by some as weak but by others as strong beyond measure. That this period of Zina’s life can be placed under the microscope and her experiences be used for both good and ill speaks to the remarkable nature of the woman and her times–this time; this one decade of foment and change.

Let me provide just one example of criticism stated by a poster on the FAIR message boards:

"That marriage [of Henry and Zina] started their life and family together. Not long after starting, however, Joseph Smith wedged himself in as a third wheel–that bothers me, but at least Henry and Zina were still able to live and have children together. Then Brother Brigham comes along, and “one-ups” Joseph by taking Henry’s wife and sons as his “property,” and then, to add insult to injury, sends Henry on a far-away mission so he can’t cause any problems when Brigham and Zina start to cohabit at Winter Quarters. Hopefully this better explains why I am so disturbed by Joseph’s and Brigham’s treatment of Zina and Henry."

As shall be seen, nothing is ever as simple or as black and white as critics like to presume. In considering Zina and her relationships with the men in her life, let’s start with her marriage to Henry Bailey Jacobs.