Doctrine and Covenants 124 includes instructions to the prophet Joseph Smith to “show” selected others “the keys whereby [they] may ask and receive” blessings (D&C 124: 95, 97). This seems to be an allusion to “the key words, the signs and tokens, pertaining to the holy Priesthood” that are taught in the endowment (Brigham Young, Discourses of Brigham Young, sel. John A. Widtsoe [1941], 416).

As recently reaffirmed by President Russell M. Nelson, although temple procedures and presentations are adjusted from time to time to clarify meaning, the “temple ordinances and covenants are ancient” (The Temple and Your Spiritual Foundation).  This statement raises the question: Is there any evidence of such ancient ordinances and covenants?

What follows is a very brief overview of some of the historical evidence.

Among the many different Christian groups in the first few centuries A.D. were several different “gnostic” sects.  Although there were many variations and flavors of Christian gnosticism, the main feature of these groups was a belief that there was a secret gnosis (“knowledge”) necessary for salvation. This gnosis was taught to initiates in musteria (“mysteries” or ‘secret rituals.’ See Miller, A. “Able to Know Heavenly Things”). These gnostic groups were considered heretical by the early Church fathers who were the predecessors of mainstream Christian orthodoxy.

There were serious and prolonged disputes for legitimacy between the “gnostics” and the “orthodox” Christians in the first few centuries after Christ. Ultimately, the gnostics lost the struggle and they, together with their secret knowledge, largely have been forgotten. Much of what we know about them today is second-hand from those who left written records arguing against their beliefs.

However, the gnostic Christians were not alone in their claim to possess secret gnosis nor in the practice of initiating believers into the musteria.

There was a powerful strain in early Christianity which was in sympathy with Gnostic tendencies. We can see it at work in the Fourth Gospel [of John], with its axiom that eternal life consists in knowledge of God and of Christ [John 17:3]…. Clement of Alexandria freely applied the title ‘gnostics’ to Christians…. It is the existence of a genuinely Christian, orthodox ‘gnosis’ side by side with half-Christian versions which in part accounts for the difficulty in defining Gnosticism precisely.

The primary criticisms of gnostic Christians by orthodox Christians were not about the claims of possessing gnosis, but about who had rightful claim to the true gnosis and to whom the gnosis was properly revealed. This is demonstrated clearly by Tertullian:

I must not omit an account of the conduct also of the heretics–how frivolous it is, how worldly, how merely human, without seriousness, without authority, without discipline, as suits their creed…. They all have access alike, they hear alike, they pray alike–even heathens, if any such happen to come among them. “That which is holy they will cast to the dogs, and their pearls,” although (to be sure) they are not real ones, “they will fling to the swine.”

Tertullian’s principal objection to these gnostic heretics was not that they claimed to have special knowledge or special manners of praying, but that “they all have access alike” and “that which is holy they will cast to the dogs” (See 4 Nephi 1:27 for a New World parallel). In other words, those who had received the gnosis had special knowledge, including special ways of praying, that they were obligated to keep sacred and not reveal indiscriminately.

Eusebius, an early Christian historian, commented on the origins of the gnosis by quoting Clement of Alexandria as writing,

What happened to the gnosis?

At some point, the practice of imparting secret gnosis to spiritually mature Christians was lost. What happened to the gnosis?

One possibility is that the musteria and the accompanying gnosis lost their identity as such and only continued in fragmented or distorted forms.  In the time of greatest persecution against the early Christians, all of the sacraments became musteria, being performed in secret to avoid the scrutiny of outsiders. It is conceivable that during this time the musteria and gnosis were absorbed into the common rituals of baptism, confirmation, and the Lord’s Supper. Eventually, after the cessation of persecution, the musteria reemerged publicly as the “seven sacraments” of the west and the “seven great mysteries” of the east.

Another possibility lies with the fight of the early Church Fathers against the different gnostic sects. In campaigning against these heretical groups, the mainstream church may have abandoned gnosis all together in order to clearly distinguish itself from the heretics.  “Victory over Gnosticism thus meant the eradication of esotericism from Christian doctrine” altogether (Guy G. Stroumsa, Hidden Wisdom: Esoteric Traditions and the Roots of Christian Mysticism [New York: E. J. Brill, 1996], 157). This is an intriguing possibility considering Nephi’s vision of the apostasy including “many covenants of the Lord” being “taken away”  (1 Nephi 13:26).

Whatever the cause,  the gnosis-imparting musteria were lost from Christianity until Joseph Smith reintroduced to a select group “the keys whereby [they] may ask and receive 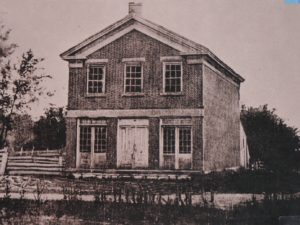 ” on May 4, 1842 in the upper rooms of his Red Brick Store in Nauvoo, Illinois. The Church of Jesus Christ of Latter-day Saints affirms the restoration of the fullness of the gospel, including profound, symbolic temple ordinances which impart light and knowledge to the spiritually prepared who participate in them. 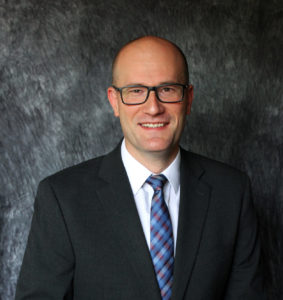