General Conference is coming up in 10 days! It will be held October 1-2, and will have morning and afternoon sessions on Saturday and Sunday, along with an evening session for everyone on Saturday. More information is available here.

When I moved to Chicago to begin my master’s degree in marriage and family therapy, I went with the intention to be unashamed about the gospel and a desire to be fully prepared to defend it. From orientation week forward I made it well known that I was one of those “Mormons” and that my religion was everything to me. I was going to be an intellectual missionary for the church. I would prepare for General Conference with the intention of figuring out new ways to clearly defend the gospel so that I could articulate its precepts to a room full of hostile, secular academics. This meant that I would watch General Conference like I would listen to a university lecture in a philosophy department- organizing notes about gospel doctrines logically and preparing rebuttals for the arguments I anticipated would be brought up in class.

And then something interesting happened. The hostility did not come nearly as often as I thought it would. At least, apart from a few exceptions, hostility due to my religious convictions did not come nearly as often as I thought it would. In fact, many of my classmates routinely expressed interest in my religious beliefs and wanted me to speak to how that affected my views on therapy. A strange schism started to grow between what I thought was most important for me to learn from General Conference (e.g., I thought I needed to be an intellectual missionary), and what the Lord wanted me to learn. Even as I grew intellectually, every conference there was always a clearer prompting to first and foremost be a friendly peacemaker to my classmates. At that time, the Lord did not need me to be an intellectual defender of the Kingdom.

Through the years since then, I have had many similar experiences where I went into General Conference thinking I needed an answer to one thing, but, if I was willing to listen, the Lord would instead prompt me with something else. To be clear, the Lord almost always enlarged and broadened my understanding so that I could speak more clearly and intelligently about the gospel. Primarily, however, the Lord would always accompany such intellectual growth with promptings to do something differently in my life, tailored to my current situation. Sometimes the prompting was in fact to prepare to present or write on a topic intellectually defending gospel doctrines. And sometimes not. Unless the Lord prompted me to do something to defend the gospel, the intellectual clarity I sought seemed to come secondary to promptings to do something different in my life that was needed at the time (e.g., be a better husband). The phrase contextually concrete revelation speaks directly to this lesson I have learned.

The word contextual denotes the idea that personal revelation in General Conference will apply to my current needs and context in life. The Lord almost never gives me revelation for something that has not yet happened, for a context I have not yet found myself in, or for what is not actually happening in my current context even if I think it is occurring or might occur (e.g., the hostility about my religious convictions was not actually happening so how could I receive revelation about it). He mostly speaks to me at this moment of my life. He speaks of the current obligations, covenants, stewardships, and responsibilities that I have.

The word concrete is meant to remind me that revelation received at General Conference is not just an intellectual exercise in which the Lord lectures at me, I decide what I agree with, and I then memorize what He says to store in my memory for later. Even though intellectual growth most often accompanies the revelatory process, revelation seems to be primarily focused on getting me to actually do something. Another way I think about this is that teachings from General Conference are not an abstract set of logical propositions which I choose to believe in and need to prepare myself to lecture about. Rather, revelation at General Conference is meant as direction for how to live my life. God is an active God. A God that does things. The gospel is meant to teach me how to do what He does and live as He lives. General Conference is the place where I learn how to live the gospel, not simply memorize the facts of the gospel so I can trivialize and debate them.

And finally, the word revelation simply reminds me that at General Conference, I am not the one in charge of what I need to hear for my eternal welfare, and I do not decide what revelation will come. The Lord is in charge of all that. By definition the word revelation assumes that God is the one speaking. He speaks wisdom and instruction to me through the voice of the prophet and the Holy Ghost. He is in charge and knows what is best for me. It also means that the revelation I must seek will follow the pattern revelation given to me in scripture and by the mouths of living prophets. I cannot receive revelation for the church. The revelation is for me and how to act in relation to those over whom I have stewardship. I can ask questions, but I cannot dictate or demand answers that I want.

In sum, the principle of contextually concrete revelation reminds us to go to General Conference seeking ways that we can more fully live on the covenant path in our lives now. It does not mean that we never defend the gospel or grow in our understanding of its teachings. It does mean that we shift our priorities though. The priority for General Conference shifts to seeking revelation that deepens conversion in our current life situations. Moreover, we challenge ourselves to put the desire for debates about doctrines and disagreements aside for a moment so that we can “hear Him.” We do this by putting aside our preconceptions about what we will learn at the current General Conference, coming with questions concerning current life struggles, and focusing on seeking revelation about things we can do, not just ways we should think about the gospel. As I’ve shifted my own understanding to adhere to this principle, I’ve received more insight, peace, comfort, and I can hear the Lord’s directions more clearly. My heart has begun to both strengthen and soften so that when the times do come that I must intellectually defend the gospel I can do so with less anger and malice in my heart. And the world needs a little less malice and anger. 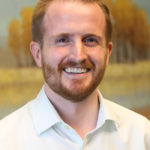 Sam earned a bachelor’s degree in psychology from Brigham Young University, and later earned his master’s degree in marriage and family therapy from Northwestern University in Chicago. He is currently earning a PhD in psychology at BYU. His research interests at BYU focus on critical analysis of the philosophical assumptions and implications of prominent theories in psychology and psychotherapy, and often focuses his work on comparing those theories to the worldview of the Restored Gospel. He currently works as an LMFT at the Center for Couples and Families where he specializes in treating people struggling with compulsive pornography use.