The motivational speaker Wayne Dwyer popularized a story about two babies in a mother’s womb.

While chatting, one asked the other if they believed in life after birth.

The second one said they did, and they were likely preparing for something greater later on.

The second suggested that perhaps they would eat with their mouths and walk with their feet.

But the first dismissed the idea. Walking was impossible and they got all the food they needed from the umbilical cord. Which, by the way, was much too short a life after birth to exist.

The second persisted that while it may not make sense, life after birth likely existed.

But the first doubled down, no one had ever returned from life after birth.

And the second said that perhaps they would see mother there.

Of course, the first scoffed at the absurdity of believing in a literal mother that they had never seen.

The story ends with the second observing that while very quiet, you can hear mother and even perceive her.

Neal Silvester, the author of The Hero Doctrine explains in his book that the ideas of the plan of salvation ring so true to the human soul that they express themselves across much of our art.

The pattern—popularly called the hero’s journey—starts before the adventure begins. Think of Luke Skywalker in Tatooine or Frodo in the Shire. Silvester believes that this longing to anchor our stories to a beginning comes from the intuitive understanding of the plan of salvation that lingers in our souls.

This week’s lesson in Jeremiah contains one of the most clearly articulated biblical evidence of the pre-earth life. And I don’t believe it’s any accident it comes in the book of Jeremiah. Unlike the books of the other major prophets of the Hebrew Bible, which focus on the prophecies and visions, the book of Jeremiah is just as interested in the narrative of Jeremiah’s life.

So just as we place our fictional hero at their beginning before their “call to action” as it is called in narrative analysis, the book of Jeremiahs begins “Before I formed you in the womb I knew you,/ and before you were born I consecrated you;/ I appointed you a prophet to the nations.”

Jeremiah first exists in a place before being formed in the womb where God knew him. And then he received his call as a prophet before his birth.

While Jeremiah presents one of the clearest evidence of a pre-earth existence, his word comes in a context of Jewish theology where pre-earth life would have been widely understood and accepted.

Significantly Baruch, Jeremiah’s student and secretary (Jer 36:4), in his later apocryphal writings, goes into much greater detail about pre-earth existence.

Larry W. Hurtado, a retired professor of early Christianity from the University of Edinburgh explains that pre-earth existence “isn’t Platonic thinking.  If anything, it appears, instead, to be particularly a motif or ‘logic’ of ancient Jewish theological thought.  Essentially, it seems that the logic goes like this: God doesn’t make up his plans on the fly, but ordered all things from the beginning.  So, divine actions in history may well have their beginnings  . . . at the beginning.  So, in Jewish tradition, there are a number of things that are ascribed a kind of ‘pre-existence.’”

During the second temple period, when Jeremiah was particularly influential, writing about a pre-earth existence was particularly frequent. The most prominent group writing on the subject were the Essenes. The Essenes recognized the apostasy of this time and tried to live authentic Judaism to the best of their ability.

Later, early Christianity continued the tradition, with Clement suggesting that the spirit should not be considered new, primarily citing Jeremiah.

So with such a long history of belief in the pre-earth existence of the spirit, why has the belief so thoroughly disappeared from contemporary Christianity?

This story begins with another early Christian theologian, Origen. Origen was a prolific thinker. He lived in Alexandria and used a neoplatonist point of view to try and better understand Christianity. This led him to a variety of conclusions, some good and some bad. But he was extraordinarily influential for the several centuries, until the years after the Nicene Creed.

In these years, many desired to enforce orthodoxy to the new creed. And Origen’s writings were increasingly under scrutiny. This included the belief in a pre-earth existence. One of the major planks of the Nicene Creed is ex nihilo creation—or that God created the world from nothing. And many concluded that ex nihilo creation could not co-exist with pre-earth existence.

A document called the 15 Anathemas Against Origen was written, and emperor Justinian believed it was politically prudent to push the point and coerced Pope Vigilius into participating in the Second Council of Constantinople, where Origen was decried as a heretic.

As the most prominent advocate of the idea of pre-earth existence, the idea was largely lost from Christianity until the restoration.

And we circle back around to two babies in the womb. While the story is most often told to reflect on our approach to questioning what will happen after death, it also underscores our deep need to see ourselves within our larger place.

The stories we tell reflect an almost unconscious understanding that we existed before our adventure on earth began. This was the understanding of Jewish mystics and early Christians. And perhaps most importantly for today’s lesson, it helps give a starting point to the remarkable life of Jeremiah.

Our belief in a pre-earth existence may not often seem like the kind of doctrine that we might want to proclaim loudly, given its controversy and how loosely connected it might seem to our core message of Jesus Christ. But because it speaks to the deepest longing of our soul to know where we came from, and it places that beginning with that Christ whom we seek again in this life, it is a doctrine that we would do well to stand by Jeremiah in proclaiming with conviction. 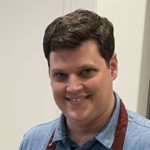 C.D. Cunningham is the managing editor of Public Square Magazine. After graduating from BYU-Idaho, he studied religion at Harvard University. He lives in Las Vegas, Nevada, with his three children.