Keep the Commandments of God Regardless of the Consequences 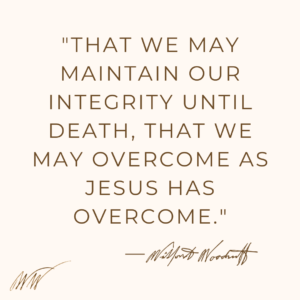 “Keep on the covenant path” was President Russell M. Nelson’s first message to the Church after he was sustained as the prophet, and it has been his continued anthem ever since.1 In the short term, it may feel difficult to fully obey the commandments and keep our covenants, but in the long run we will be blessed both spiritually and physically by obeying the word of God. This principle of obedience is prevalent in the Book of Daniel.

In Chapter 1 we read the story of Daniel staying on the covenant path in King Nebuchadnezzar’s court by refusing to partake of food that was against the law of Moses. Because of Daniel’s obedience, “God gave them knowledge and skill in all learning and wisdom: and Daniel had understanding in all visions and dreams.”2

Later, Shadrach, Meshach, and Abed-nego refused to worship King Nebuchadnezzar’s golden idol and were cast into a fiery furnace. Because they obeyed the commandments, Heavenly Father protected and delivered them. They walked out of the furnace completely unharmed.

Chapter 6 tells the famous story of Daniel in the lion’s den. At the time, praying to anyone but the king was punishable by death—but Daniel continued to pray to God. When he was caught, he was thrown into a den of lions. But, because he kept the commandments, we learn from Daniel, “My God hath sent his angel, and hath shut the lion’s mouths, that they have not hurt me.”3

The common theme in these three chapters of Daniel is that obedience to the Lord’s commandments brings both temporal and spiritual blessings. Even though it was difficult for Daniel and his companions to go against the demands of their leaders, they did so because they knew what was right, and they were blessed with safety, strength, and gifts of the spirit. While we may not have to go against our earthly leaders, there will be times when we will be put to the test. But despite these challenges, the Lord promises that as we keep His commandments and honor the covenants we have made, we will be blessed more than we could ever imagine.

Just like Daniel, Shadrach, Meshach, and Abed-nego, Wilford Woodruff was an incredible example of obedience and integrity despite his many trials. One of his greatest hopes was “that we may maintain our integrity until death, that we may overcome as Jesus has overcome.”4 We can learn much from his insights and experiences. Once on the covenant path he did not waver or turn away, unlike so many who faced intense persecution in the early days of the Church. We can and should follow his example and make it our business to keep the commandments of God no matter what the world threatens or promises. 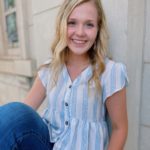 Maddie Barzee is a Public Relations Assistant with the Wilford Woodruff Papers Foundation. She is studying public relations at BYU, with a minor in global studies. She will graduate in December of 2023. In her free time she likes to cook, travel, and read. She also loves to learn about Church history and is excited to be a part of the Wilford Woodruff Papers Project to move that work forward.