Doctrine and Covenants section 132 is undoubtedly the most controversial of all of Joseph Smith’s revelations because it mentions the practice of plural marriage. Ironically, it is also one of the least discussed of all of Joseph’s official teachings for the same reason.

The 2014 Gospel Topics Essay discussing plural marriage encourages a new transparency on this subject and the historical and doctrinal references within the revelation. Yet, talking about polygamy more frequently does not necessarily make it any easier to understand or accept. Why? Because it favors men and is impossible to defend it as being fair.

Not only is polygamy here in mortality very difficult to practice, an associated fear involves the possibility of eternal plural marriage, which from our current view might be considered eternal unfairness. I have a daughter who has harbored the anxiety that if she dies before her husband (to whom she is sealed) passes away, he might remarry in the temple and she would become an eternal polygamist without her choosing. Here’s a few thoughts on the subject:

And there may be more to think about. President Joseph F. Smith taught in 1915: “If a man and woman should be joined together who are incompatible to each other it would be a mercy to them to be separated that they might have a chance to find other spirits that will be congenial to them. We may bind on earth and it will be bound in Heaven, and loose on earth and it will be loosed in Heaven.”[1] This counsel seems to apply to a couple in the early stages of marriage. It also acknowledges that righteous men and women have agency even after a sealing has been performed. In other words:

Section 132 speaks of eternal things that are difficult to understand and that are easy to misunderstand. The first third of the revelation talks of the power to seal families eternally together. This seems to be Joseph Smith’s zenith teaching.

The next two-thirds of the section speak of plural marriage. Do those verses ever need to apply to me personally? President John Taylor explained: “[God] has told us about our wives and our children being sealed to us, that we might have a claim on them in eternity.  He has revealed unto us the law of celestial marriage, associated with which is the principle of plural marriage.”[3] So we understand:

Some of the fears and frustrations associated with thoughts of polygamy can be assuaged through the knowledge that the eternal happiness that God has promised to exalted beings could not include eternal unfairness. We might call it a gospel mystery (and there are quite a few). Staying in the covenant path during mortality will allow the Latter-day Saints to someday understand this mystery as it is revealed in a future realm saturated with a fulness of joy.

[2] Lucy Walker Kimball, “A Brief Biographical Sketch of the Life and Labors of Lucy Walker Kimball Smith,” CHL; quoted in Lyman Omer Littlefield, Reminiscences of Latter-day Saints: Giving an Account of Much Individual Suffering Endured for Religious Conscience, Logan, Utah: Utah Journal Co, 1888, 46. The context was plural marriage, but the principle would seem to equally apply to monogamy. 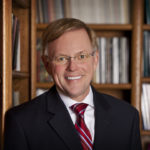 Brian C. Hales is the author or co-author of several books dealing with Joseph Smith and plural marriage. He and his wife, Laura Hales are co-webmasters of JosephSmithsPolygamy.org. He is also the author of several articles dealing with the origin of the Book of Mormon. Brian is currently pursuing an MA degree (history) at Arizona State University.