Over time, I have come to look forward to General Conference more and more. It seems that now, more than ever, we need the wisdom and guidance that comes from those who have been set apart by God to instruct us.

Of course, I do not always hear what I want to hear. I am often challenged by the words of our leaders and can feel that I will need to stretch, sometimes with some pain, to accomplish what is expected. So I understand when I hear people wonder aloud, “Was that a revelation?” as if to say, “Do I really need to do that?” Or, “Is that really true?”

It would certainly clear things up to know that whenever one of God’s representatives speaks, the words are the very ones that God Himself would use if He were standing at the pulpit. Of course, if a church leader says something we don’t like, it would come as a relief to think that we can ignore it since it was just a mistake.

This latter verse has led many of us to expect that whenever a church leader speaks, it is as though God Himself is speaking. And yet, we have also been told that church leaders can make mistakes. The title page of the Book of Mormon itself warns us that “if there are faults they are the mistakes of men.” So how it is possible that a church leader can speak for God and yet be mistaken?

The answer to this problem may lie in what is known in the law as “agency theory.” This branch of the law relates to the extent to which we can expect a representative, called an “agent,” to speak on behalf of or bind the person who is being represented, called the “principal.” For example, if Elon Musk authorizes someone to act as his agent in selling a Tesla to me, if that agent and I agree to the terms of a sale, then Elon Musk will be bound by those terms. In that case, whether by Elon Musk’s voice or the voice of his agent, it is the same.

That does not mean that the agent will always say exactly what Elon Musk would say. In fact, the agent may actually make a mistake and say something wrong or sell the car at a lower price than Mr. Musk himself would have. But generally speaking, Elon Musk will be bound by the acts and words of his agent.

There are exceptions to this, of course. For example, if the agent were to purportedly sell me Elon Musk’s house when we both knew the agent only had authority to sell a Tesla vehicle, Elon Musk would not be bound to turn over the title to his home.

Similarly, we understand that if church leaders were to take action beyond their stewardship that action would not be binding on us. For example, if a counselor in the Sunday School Presidency were to announce a policy change for the Relief Society, he would be acting outside the scope of his stewardship and “agency.”

Putting the exceptions aside, we can take the actions of the leaders of the Church as binding upon the Church members and, while perhaps not exactly what God would do in their place, at least authorized by God through His delegated authority. On this point, Terryl and Fiona Givens related:

The story is told of a Church official who returned from installing a new stake presidency. “Dad, do you Brethren feel confident when you call a man as the stake president that he is the Lord’s man?” the official’s son asked upon his father’s return home. “No, not always,” he replied. “But once we call him, he becomes the Lord’s man.” The answer disconcerts initially. Is this not hubris, to expect God’s sanction for a decision made in error? Perhaps. It is also possible that the reply reveals the only understanding of delegation that is viable. (Terryl Givens & Fiona Givens, The Crucible of Doubt (Salt Lake City: Deseret Book, 2014), 75-76, citing a personal conversation reported to authors by Robert L. Millet.)

Terryl and Fiona Givens further quote the Anglican churchman, Austin Farrer: “If Peter and his colleagues make law in applying the Lord’s precepts, . . . their law is the law of Christ’s Church, the best (if you will) that God’s Spirit can make with human instruments there and then, and, as such, to be obeyed as the will of God Himself. But to call Peter infallible in this connection is to misplace an epithet.” Ibid., 74-75, quoting Austin Farrer, “Infallibility and Historical Tradition,” in The Truth-Seeking Heart, ed. Ann Loades and Robert MacSwain (Norwich: Canterbury Press, 2006), 83-83.

Of course it is also true that when a church leader speaks by the inspiration of the Spirit, the words are scriptures unto us, of a certain variety. Joseph Fielding Smith taught that “a revelation that is to be given as these revelations are given in [the standard works], to the Church, will come through the presiding officer of the Church; yet, the word of the Lord, as spoken by other servants at the general conferences and stake conferences, or wherever they may be when they speak that which the Lord has put into their mouths, is just as much the word of the Lord as the writings and the words of other prophets in other dispensations” (Doctrines of Salvation, comp. Bruce R. McConkie, 3 vols. [1954–56], 1:186. See also, D&C 68:4.)

It is important in this regard to recognize that while revelation can come through the visitation of an angel or by Christ Himself, God can also speak to Church leaders as He usually does to the rest of us, through the still small voice, and it is just as authoritative. In describing the way the leaders of the Church receive revelation, President Gordon B. Hinckley said that it is “[u]sually no voice of any kind, but just a perception in the mind. I liken it to Elijah’s experience. When he sought the Lord, there was a great wind, and the Lord was not in the wind. And there was an earthquake, and the Lord was not in the earthquake. And a fire, and the Lord was not in the fire. But in a still, small voice. Now that’s the way it works.” (Lattin, Don, “Sunday Interview — Musings of the Main Mormon.” San Francisco Chronicle, April 13, 1997, by Don Lattin.) We have further been told that “We can tell when the speakers are ‘moved upon by the Holy Ghost’ only when we, ourselves, are ‘moved upon by the Holy Ghost.’” (J. Reuben Clark Jr., “When Are Church Leaders’ Words Entitled to Claim of Scripture?” Church News, July 31, 1954, 9.)

However, even if a church leader is not speaking by inspiration of the Spirit, it is important to determine whether they are speaking within the scope of their calling. If so, a certain authority attaches to their words and actions even if they are not all inspired by God.

So it is exciting to me to hear the leaders of our Church speak in their official capacity at General Conference. While I am often moved spiritually by the words I hear, I am also simply grateful for the direction, guidance, and wisdom we can receive from those who have received the authority to lead God’s Church and to speak on His behalf. 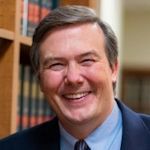 Steve Densley, Jr. is the Executive Vice President of The Interpreter Foundation. He is a Utah attorney (J.D., Brigham Young University). He graduated with University Honors from BYU with a combined B.A./M.A. in public policy and political science. As an undergraduate, he was an assistant editor on the Pi Sigma Alpha Review. In law school, he was a member of the Law Review and the National Moot Court team. He has published articles in the Utah Bar Journal, the Journal of Law and Family Studies, Interpreter: A Journal of Latter-day Saint Faith and Scholarship, and Meridian Magazine. He has been recognized in SuperLawyers Magazine as one of the Mountain States Rising Stars and has been listed numerous times in Utah Business Magazine as among the Utah Legal Elite. He was the Executive Vice President of FAIR from 2013-15, recipient of the John Taylor Defender of the Faith Award, and was a producer of FAIR’s podcast when it twice won the People’s Choice Award for Best Podcast in the Religion & Spirituality category. He is also an award-winning photographer and a certified travel agent. He served a Hmong-speaking mission in the California Sacramento Mission. He and his wife Heather are the parents of four children and have one granddaughter.