(submitted by Dennis B. Horne) 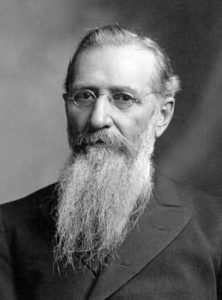 You asked me if I had ever received a Revelation since I have been the President of the Church. For me to answer you specifically and in detail would require much time and the history of many things. Besides it might appear to be in praise of myself or even egotistical. I would rather that those who possess the Spirit of revelation and discernment who know me and my course of life should speak for me than to speak for myself.

But to answer your question, I can and will say that the Lord has revealed to me many precious things both before and since my Presidency of the Church.

In fact—my whole life has been favored by a continuous inspiration from God which has led me in the performance of my duty each and every day thereof, inasmuch that I have been preserved from my enemies, from the power of the destroyer, from error in doctrine, in precept or example.

Under the influence of the Spirit of Inspiration and Revelation from God, I have been able to direct the affairs of the Church without one misstep or mistake. The Church has prospered under my administration, and has made steady growth and development in the face of the most determined opposition and wicked misrepresentation, ever wrought against it. And it has gained more friends and credit for efficiency and good works than in double that length of time before.

The history of my presidency will establish so far whether I have been inspired of God or of man.

The Lord has mercifully revealed to me my duty at every turn. He has shown me many of the wicked intentions of our enemies, and has preserved me from their cunning devices. He has given me strength and courage to reprove evildoers, and to speak the truth regardless of consequences.

Under my administration, peace, harmony and good will have prevailed in the general councils of the Priesthood to a remarkable degree, and the friends of the church have been devoted to the utmost extent toward the upbuilding of Zion.

For all of which I take no honor to myself, but give the credit unto God. The tree is known by its fruits; we do not gather grapes of thorns nor figs of thistles. I have no desire to extol myself or praise my efforts for the Church.

It has not seemed necessary for the Lord to require me to write any specific Revelation.[i] The many we already have written are far too little read and understood. My plain duty has been to preach and teach observance and obedience to those we have, and it is revealed to me beyond a doubt that when we understand and obey them as we should, more will be given as the church and the world may need, and the Lord in his wisdom may see fit to give. Affectionately your father, Joseph F. Smith.

Your testimony is, no doubt, very sweet to you, as such a testimony is to all who love the truth as it is in Christ, our Savior. It makes so great a difference to one who seeks to follow the Lord whether he knows he is approved of Heaven or only believes, or perhaps only hopes it. The assurance of the Spirit of God is like an anchor within the veil, we know in whom we trust, all doubt, uncertainty and dubiety is removed, and we have a divine strength given us that all others lack. This testimony brings great thankfulness to our Heavenly Father for His mercy and loving kindness, and a peace of mind which passeth all understanding fills our souls, which peace is to us, a “pearl beyond all price.”

The reception of so great a blessing brings humility for we realize how infinite is God and how weak are the children of humanity; and in the fight for salvation humility is “half the battle.” God gives us weaknesses that we may in humility trust in Him, and also that we may be merciful to our fellows, who, like us, have their peculiarities of disposition and character, ‘weakness of the flesh’ which by God’s grace it is our privilege to overcome.  (Correspondence, Joseph F. Smith to Virginia E. Prescott, Kissimmee, Florida, July 17, 1903)

Note: This article was originally published on Truth Will Prevail.

[i] D&C 138, which is a written exception to this statement, came at the end of Pres. Smith’s life.

Dennis B. Horne grew up in south Davis County and he served in the Independence Missouri mission. He attended BYU and Weber State Universities, earning a degree in Communications. After working in television broadcasting for a number of years he became a technical writer for the LDS Church Material Management Department. He became an independent researcher/author because of his love of church history and doctrine. This pursuit led him to write a biography of Elder Bruce R. McConkie, an edited publication of the diaries of Abraham H. Cannon, and biographies of President Lorenzo Snow and Orson F. Whitney. He also wrote about callings to serve in the church, the doctrine of giving healing blessings, and a compilation of the teachings of prophets and apostles about how to determine doctrinal authority. He has twice presented at the BYU Church History Symposium. His articles occasionally appear at Truth Will Prevail, Interpreter, and FAIR.